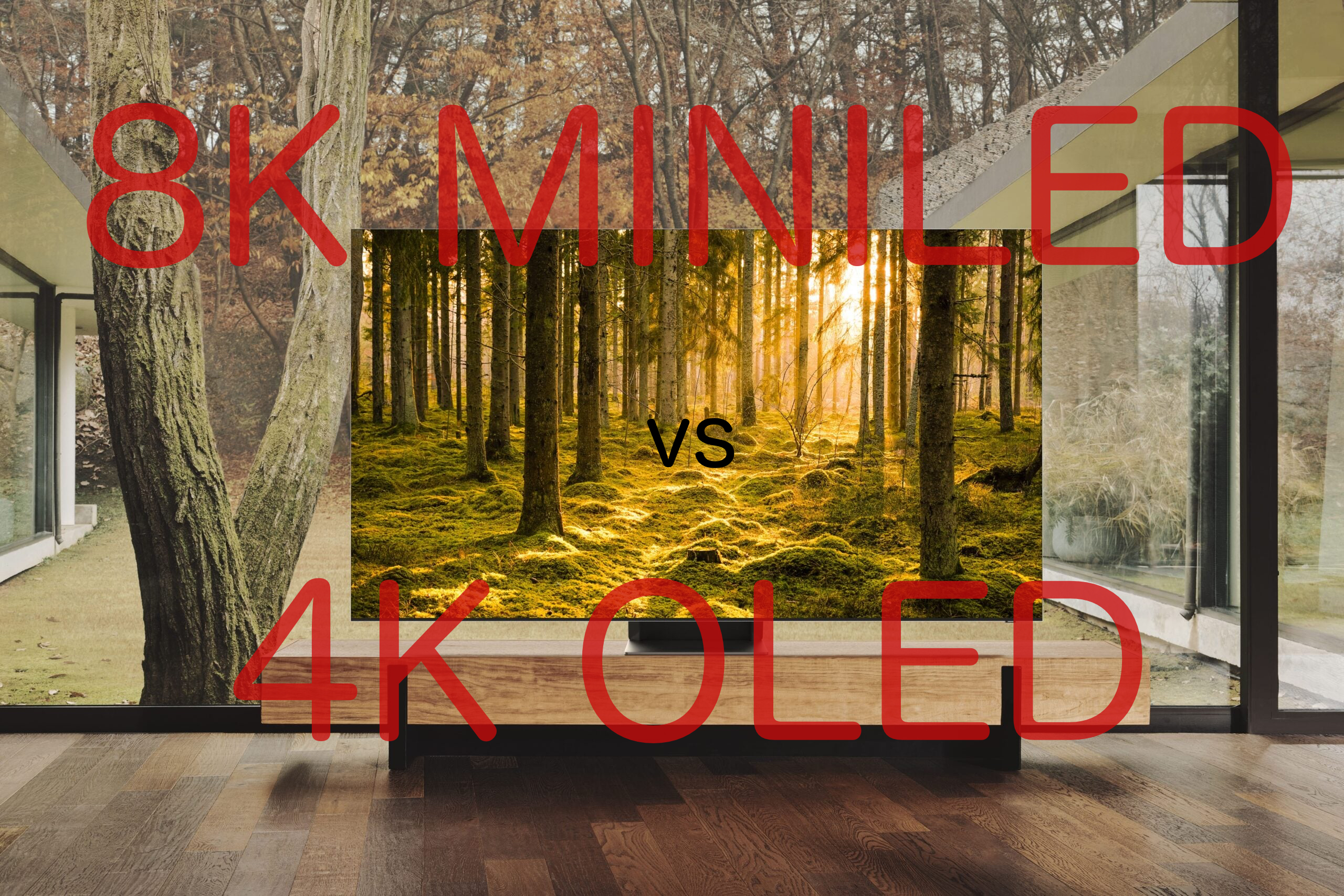 The South Korean company has several models that make the leap to 8K resolution in large models >65″ and although there are no channels or much content available in that native resolution, it does make sense in several ways.

It is difficult to justify the purchase of an 8K TV if we stop to take a look at what content we are going to see on TV. If we talk about DTT, in Spain there are some 4K channels in tests, but the majority of “high definition (HD)” are of 720p or 1,080i resolution.

If we stop to think about streaming platform contentthe vast majority of content is FullHD or 4K in the best of cases, so we really do not have an offer beyond some specific test.

Youtube have some demo in 8K and there are few devices with which we can record our own videos in this resolution, mainly phones with a Snapdragon 888 or 8 Gen1 chip.

If we talk about physical media such as blu ray, all the editions that are released only reach resolution 4KHDR.

In short, we see how in terms of existing content to view we have very few native 8K options and it is one of the reasons why it is difficult to justify it from the point of view of viewing content in higher definition and in most cases we will use the TV upscaling system.

Reasons why 8K makes sense in the new Neo QLED

If two screens share a resolution but one is larger than the other, the density of pixels per inch is much higher on the smaller model, that is, we have a higher definition. We have to cover the entire screen with the same number of pixels, therefore, the pixels are larger on the larger diagonal.

At a viewing distance of more than 3 meters when we talk about a diagonal size of >75″ the size of the pixels begins to be noticeable.

To get an idea, if we have a 43-inch 4K TV and an 85-inch model with 4K resolution, in the latter each pixel (with its red, blue and green sub-pixels) has a size of approximately 4 pixels of the 4K model.

This has a secondary effect at the definition level and it is none other than when we talk about these diagonal sizes of >70″ the pixel size is already beginning to be noticed.

Among other problems we began to encounter problems of Sawtooth in 4K content that when we have more resolution can be solved for normal viewing distances.

In the previous photo we show both models taken at the same distance (one meter) between a 75″ Samsung Neo QLED 8K TV and a previous generation 75″ 4K TV and as we can see, the difference is remarkable.

Those saw teeth are noticeable even at a distance of 2.5 – 3 meters, from then on, even with perfect vision, it is difficult to appreciate that detail.

And last but not least, we can comment that the Neo QLED screens The new generation Samsung makes use of a miniLED backlight system similar to that of the previous generation, but the company uses a control system with a 14-bit contrast map with more than 16,384 steps of brightness for each zone.

Also Read  For years, NASA held a tight monopoly on lunar dust. Until it's up for auction

This is an important step compared to the 2021 generation that had a 12-bit contrast map with which they could control up to 4,096 brightness levels per zone. Compared between two brightness steps of the previous generation, three intermediate steps are generated.

To this is also added an intelligent brightness adjustment system making an analysis of the scene to be able to avoid as far as possible the Bloomingthat halo of brightness that appears in dark scenes with very bright areas.

This brightness adjustment allows you to analyze the scene, decide which miniLED zones illuminate that zone with a dark background and select a higher brightness in the central zone of that object and make a lighting gradient of the zones closest to the edges of the object.

In other words, in short, it takes advantage of the Blooming resulting from the central area, to which it provides more brightness, to illuminate part of the outermost areas of that figure and the miniLED areas that illuminate those outer areas of the figure illuminate that area very low.

The result is impressive and in this image of fireworks you can see the difference compared to the LG QNED model of the same diagonal, at the bottom.

In fact the control of that brightness in situations of low lighting on screen that sometimes achieve similar results to OLED.

That is why, despite the company presenting a first model with this technology for the first time, QD-OLED, it remains in 4K resolution and Samsung places it below the 8K Neo QLED QN900 range.

Also Read  How to know the model of my laptop

That is the model that we have been able to see live and that we will start testing shortly to offer you a complete analysis and see if Samsung finally achieves that image quality in dark areas.

As we already know in the highlights areas Y color volume the performance of QLED technology is far superior to OLED.