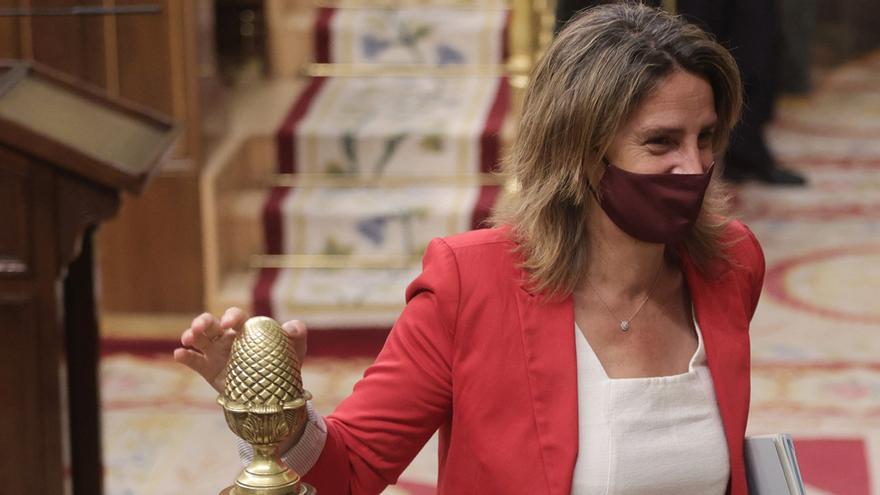 A week ago, the vice president Teresa Ribera pointed out that, keep current prices record of the wholesale market (as anticipated by the markets that anticipate its future evolution), the average consumer of the regulated tariff would pay 644 euros for electricity in the whole of 2021 (53.6 euros per month on average). In 2018, the year that the Government has taken as a reference with the argument that it was when Pedro Sánchez came to power, they were 598 euros, that is, 46 euros less.

The CPI stood at 3.3% in August and is expected to continue high levels in the remainder of the exercise. This could reduce somewhat the 34.04 euros that the Government must lower the bill to fulfill Sánchez’s commitment. In any case, it doesn’t seem like it’s going to make much of a difference. From January to July, prices have risen by 1,8% and the consensus of the 20 main private study services in the country, prepared by Funcas, foresees a average increase in the year of 1.9%. It is possible that this forecast will be revised slightly upwards in view of the acceleration of inflation, but not to the point of supposing a great change for the Executive’s objective.

The 2018 election as a reference, in any case, it is beneficial for the Government. It is next to 2015 the year in which the annual average price of the energy component in the regulated bill has been higher in the series that the market operator OMIE offers since 2009 (65.57 euros per megawatt hour, In front of one average in the period of 56.5 euros already about 68 euros on average between January and August of this year). In fact, Ribera was forced to adopt measures in October of that year, as now, to cushion the impact of the increase in the wholesale price on the final invoice.

However, if the average annual receipt of the last year before the pandemic (2019: 562 euros), and the accumulated inflation since then (1.2%) is applied, the plan that prepares the Executive should reduce the receipt for the last quarter in about 13 euros per month so that the consumers of the PVPC would pay the same as then. Yes, for match what was paid in 2020 (512 euros and inflation of 1.8%), the reduction in October, November and December should be around 40 euros every month, although the comparison is distorted because it is an exercise with a record low prices due to the collapse in demand caused by Covid.

In the last few months, The Government has approved the reduction of the VAT on the electricity bill from 21% to 10% and the suspension of the 7% tax on generation until the end of the year. In addition, it has led to Congress two measures with which you hope to lower the price of the receipt around 15% in the coming years: the creation of a fund to remove the cost of the premiums of the oldest renewables from the bill in the next five years and distribute it among energy companies, and the cut of the so-called benefits fallen from the sky nuclear and hydroelectric.

But it has been insufficient given the escalation of the wholesale price, so the Executive has announced that finalize an “imminent” plan, informs Miguel Ángel Rodríguez. In interviews with ‘eldiario.es’ and ‘Expansión’, Ribera explained that he will analyze the modification of the electricity tax (5.1127%), in addition to contemplating extending or making the already approved tax cuts permanent. Also, study unbind as far as possible the rate regulated by wholesale market to bind it to more stable components. Along these lines, it plans to streamline long-term bilateral contracts (PPA) and recover the figure of the primary energy auctions (which oblige the large electricity companies to offer a part of the energy they generate to promote competition and allow the small ones to bid for it).

The Ministry of Ecological Transition also prepares new renewable auctions; measures to promote self-consumption and the energy communities; the extent of minimum vital supply for vulnerable consumers who are beneficiaries of the minimum living income; and the setting of limits in the management of wetlands by hydroelectric plants.