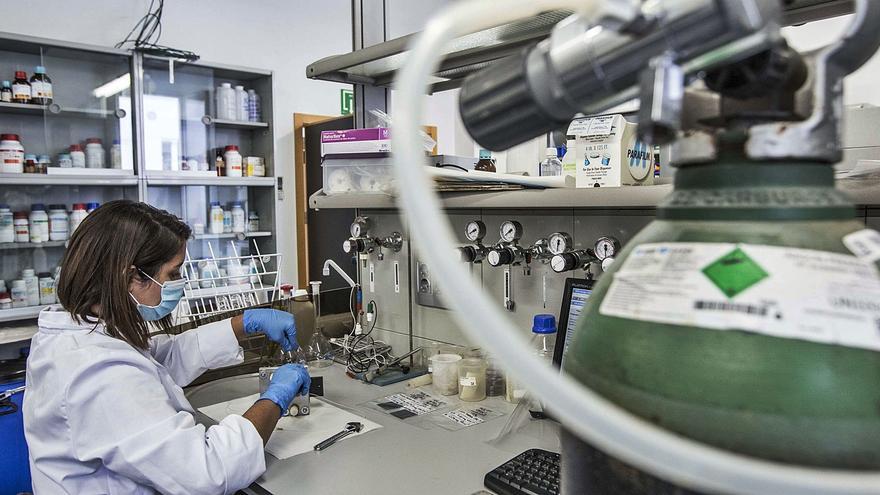 The discrimination of the AVI, Valencian Research Agency, with the universities of the province when it comes to distribute public funds for research, especially worries the rector of Alicante, Amparo Navarro, that demands that the scale be changed in future calls, in addition to warning about the possible repercussions that this way of proceeding may have when it comes to the distribution of university funds that the rectors expect from the new financing model, the elaboration of which is in process from the Department of Innovation and Universities directed by Carolina Pascual.

The head of the University of Alicante, an academic institution that has fared worse in the distribution of funds by the AVI to investigate, emphasizes her great concern in this regard. «I am very concerned because does not correspond to the success rates we have in other national, European and international calls. For all of it at the University of Alicante we do not accept that we are not excellent», Highlights.

Asked by this newspaper about the evaluation of the projects by the AVI, the rector abounds in that “We do not dispute that the evaluation is correct, but we understand that the scales must be reviewed.”

Extremely annoying because of the funds of the public entity dependent on the Generalitat, AVI, whose general purpose is to improve the Community’s productive model, only 19.04% of the requested projects have been granted to the UA -four of the twenty-one presented-, becoming the worst treated in the entire Community despite proven facts such as its situation among the Top 500 Universities from Around the World In the research on Tourism, Chemistry, Chemical Engineering, Linguistics and Economics, Amparo Navarro transfers what happened with the UA to the situation in the whole of Spain in research. “Nobody would understand that in the distribution of national or European projects, our country did not obtain the return of important projects, or that there was not an adequate distribution in the national calls and the financing was taken to other territories.”

The rector does not want to let what happened without further ado and warns after the recent distribution of funds from the AVI that those responsible “should make them look at it, especially at the gates of a newo Financing Plan for Universities ”, in which the volume of funds will be calibrated according to the parameters of each university.

The rector fears that the UA’s research excellence may be questioned in this regard, since it could be one of the criteria to assess when distributing funds. «There are excellent groups and that is not said by the rector of the University of Alicante but the rankings, and there are them in all the universities of the Valencian system. Navarro also puts the accent on the fact that if the UA research is not valued in its measure, professionals may become discouraged and opt for other external calls, taking the projects outside the Community.

“Generating research projects and preparing merits is very costly for researchers, and that is why we are also concerned that they may be discouraged year after year and that it becomes a feedback loop and they end up opting for other European and national calls.

The rector of Elche prefers not to dwell on the subject, but endorses the recent statements of the vice-rector for Transfer and Exchange of Knowledge of the UMH in this regard, questioning “an unequal distribution, because there is capacity and talent in the five public universities and that funding is diverted to certain universities, polarizes research, gives them more opportunities and makes them stronger, “he concludes.