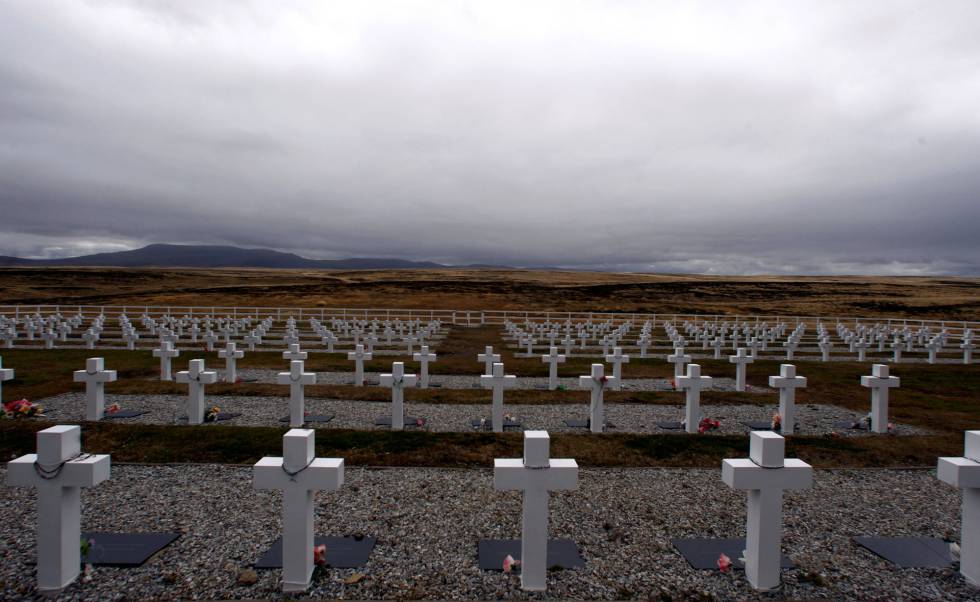 In the Darwin Cemetery of the Falkland Islands, grave C.1.10 remained for 39 years as a mass grave with unidentified bodies. Their identity has just been revealed by the International Committee of the Red Cross (ICRC): they are six combatants from the Malvinas war waged between Argentina and the United Kingdom, who died in the fire of a helicopter in May 1982. With the news , their families have ended nearly four decades of uncertainty about the whereabouts of their loved ones.

As part of the second humanitarian project plan headed by the ICRC, forensic experts exhumed the bone fragments from the tomb and then collated the samples obtained with those delivered by relatives to the genetic laboratory of the Argentine Forensic Anthropology Team in the Argentine city of Córdoba. . The result yielded six different identities: Guillermo Nasif, Marciano Verón, Misael Pereyra, Juan Carlos Treppo, Ricardo Julio Sánchez and Víctor Samuel Guerrero.

The identified combatants died in combat: all of them were traveling in a Puma Gendarmerie (militarized police force) helicopter carrying explosives and were hit by a British missile. On land, it exploded. The charred remains of the victims remained in the open for three months, until they were collected and buried by British Colonel Geoffrey Cardoso in the Darwin cemetery.

“The mission has been fruitful,” said Luis Fondebrider, head of the ICRC’s Forensic Unit. “In this way, we hope to help alleviate the suffering of families,” he added when the new identifications were made public.

Fondebrider, former head of the EAAF, also participated in 2017 in the first plan of the humanitarian project agreed between Argentina and the United Kingdom to identify the remains buried in 121 unidentified graves, in which only the tombstone “Argentine soldier known only to God” consisted . Then they managed to restore the identity of 115.

“This news marks another step in the state policy that began in 2012 to identify those who fell courageously fighting for sovereignty in the Malvinas. We especially want to congratulate the enormous work carried out by the ICRC’s forensic unit and the Argentine Forensic Anthropology Team (EAAF) who carried out this task in the difficult conditions generated by the pandemic, ”said Daniel Filmus, Secretary of the Malvinas, Antarctica and South Atlantic of the Argentine Chancellery.

The Argentine president, Alberto Fernández, also celebrated the finding through social networks: “The Argentine Forensic Anthropology Team and the Red Cross identified the remains of four of our former combatants who fell in Malvinas. My emotional hug, 39 years later, to his relatives. Glory to those who died for the Homeland ”.

In the war for the sovereignty of the Falkland Islands, fought between April and June 1982, 255 British and 649 Argentines died. Of the latter, 237 were buried in Darwin.