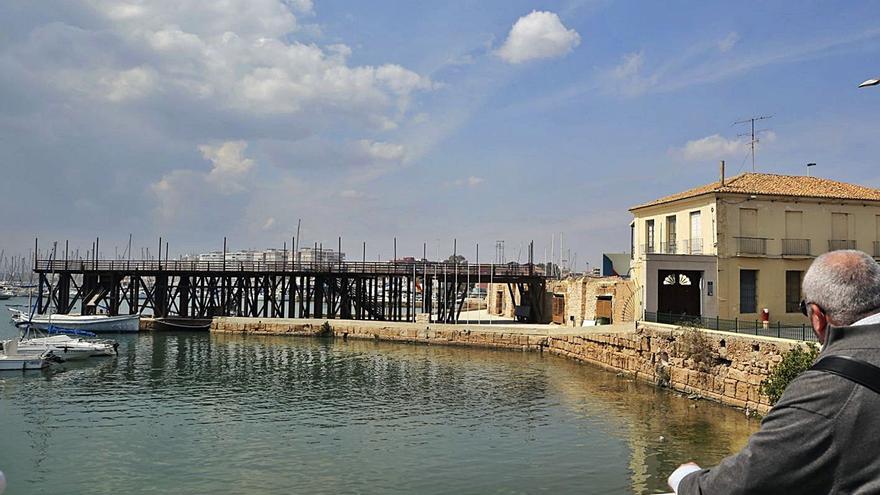 One is the demolition of the current Tourism Office building, next to the Eras de la Sal complex and on the bay, justified only by the criterion of its integration into the Museum of the Sea. Second, the reform of the building of the old ice factory, protected in the PGOU and in private hands, so it would require a previous municipal acquisition -the municipal budget for this year has an item of five million euros for the purchase of heritage-. And finally, the location of the floating museum, it is not clear if with the possibility of sufficient draft to house the submarine Delfín, to which the recreation of the Eras de la Sal trestle, built in 1999, will give access. I announce that this redevelopment of the urban space should take special consideration its urban connection through the Paseo del Maestro Velero-Calle Salero, with the skyscraper projects whose construction is projected in the space of the Acequión and the Doña Sinforosa Park, adjacent to the You were from the Salt.

The award, in which several firms of architects who have already worked in Torrevieja, such as Eduardo Elkouss or Carme Pinós, have been interested, begins to be processed without the prospecting and archaeological excavation work of the site having yet begun, and without any allusion to the protected character that the Eras de la Sal have in the General Urban Planning Plan. Of course, it is emphasized that this archaeological report and the alternatives that are finally presented must have a favorable report from the Ministry of Culture.

The City Council, which has tried to give this rehabilitation project cruising speed, has nevertheless rejected the processing of the protection figure as Asset of Local Relevance (BRL) of the entire complex, which was recommended a few months ago by the Ministry of Culture. The Ministry itself ruled out in principle the request for Asset of Cultural Interest due to the unfortunate state of conservation of this space that, despite being linked to the emergence of Torrevieja as a town, has been waiting for several decades for a conservation action that has not taken place or even at the municipal level. Especially due to its use as a public entertainment area, lack of conservation and lack of respect for the original configuration of the enclosure after the renovations undertaken without prior authorization from the Generalitat -as they were not necessary precisely due to this lack of protection- carried out by the City Council. in the last 40 years. “The historic site of the Eras de la Sal”, as the local authorities like to call it, has been converted since the 80s into a recurring multipurpose space in which massive musical events or cultural performances have been held. set up a skating rink.

In the 19 pages of the statement there is not a single mention of the heritage value of the enclosure, and despite the fact that the need to demolish the tourist office – in which the City Council is about to award a remodeling work – is detailed, nothing It is said of the future of the administration building of the salt flats, also of high historical and patrimonial value for the municipality although in a deplorable state of conservation. However, this building does not present serious structural damage, according to the study carried out by the University of Alicante.

A building for sale that you now want to restore?

The Ice Factory is a unique building protected in the PGOU, to which the City Council has not paid any attention in decades. In private hands, a “for sale” sign has hung from its façade for years. Now it is susceptible of being acquired to form part of the municipal patrimony. The technicians say the following verbatim: “It is a cataloged building so its restoration (sic) will serve for its integration into the complex that is the object of the project” and clarify “its recovery will not increase the urban use on the flight.

With the demolition of the tourist office, which the documentation of the specifications does not justify beyond integrating the service in the Museum of the Sea and Salt, the bay would gain around 1,800 square meters, which could probably be used for an extension of the Nautical Club. The entity already uses, through an agreement with the City Council, a part of these facilities to host sports facilities.

The local administration invested in the 2011/2015 mandate more than one hundred thousand euros in the rehabilitation of this space and is about to award a renovation work for what is one of the reference tourist offices in the Valencian Community. It is located in the public land maritime domain, at the headquarters of the old Miramar restaurant.

While there is talk of the specific need to demolish the tourist office, nothing is said in the statement of what treatment should be given to the future of the administration building of the salt flats, also of high historical and patrimonial value for the municipality although in a deplorable state of preservation. However, this building does not present serious structural damage, according to the study carried out by the University of Alicante. Nor is it said anything about whether the multipurpose building for the celebration of the Habaneras Contest should be projected under the open sky or be covered.