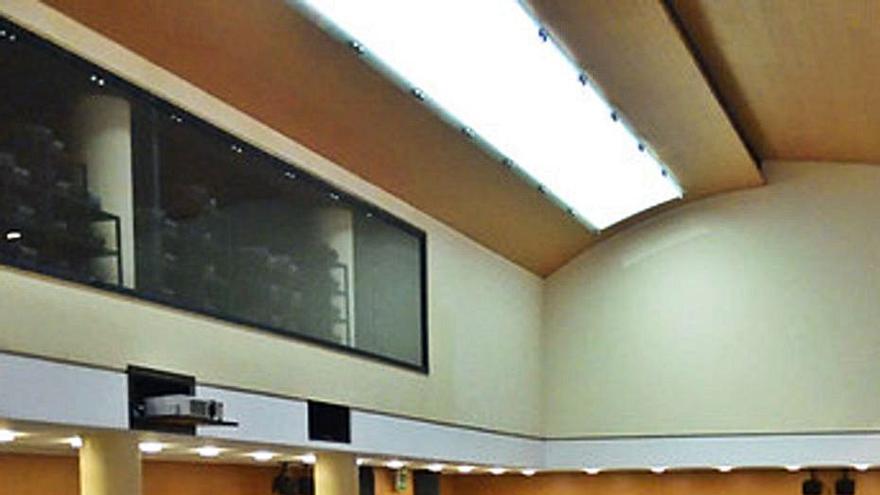 The update of the law that regulates the institution of the Síndic de Greuges, of statutory rank as it is contemplated in the Community Statute and currently held by the socialist Ángel Luna, has been dragging on since the last legislature, but it was yesterday when PSPV, Compromís and Unides Podem, on the one hand, and PP, on the other, announced the pact that will allow modifying the legislation. Cs, for the moment, only leaves the door open to a pact that, contrary to what has been customary in the political scene, is born from the will for consensus between parliamentary forces that, precisely, in recent months have deepened polarization . And, although it is true that the Government and the opposition have had to compromise on both aspects contemplated in the official draft of the text, the negotiation has ended in a white smoke in the Cortes.

The modification of this law required, in any case, the support of the opposition, since it must be agreed by a two-thirds majority to move forward, that is, 66 of 99 deputies, compared to 52 on the left. That has been a key issue for the majority opposition group, led by Isabel Bonig, which has forced leftist groups to withdraw from the initial proposal their intention to increase the positions attached to the Syndicate from two to three. That was, explains deputy Fernando Pastor, a sine qua non condition to negotiate the new legal text, as he defends that “it is not necessary to increase the Administration’s spending” at a time when “we are not for superfluous disbursements” in a an institution that, in addition, “is already operating successfully” with its current structure, he stressed.

Among the ten amendments that have been accepted by the PP, the one that proposed to keep the name of the law as it already was, that is, by Síndic de Greugues de la Comunidad, is also included, since the initial proposal, which included “de the Receivership ”in order not to incur gender issues, could contravene the specific determination made in the Statute of the Catalan Ombudsman as an autonomous institution. However, the popular ones will maintain an amendment facing the plenary session next week that reflects the only point with which they do not agree, and that is that it is required that the person who holds the Syndicate must be two years without occupying organic positions in parties or high positions in the Administration, explains Pastor.

On the part of Cs, the deputy trustee of the group, Mamen Peris, celebrated yesterday that the Law of the Síndic de Greuges does not contemplate the linguistic requirement as a mandatory condition to be able to hold the position because, she said, “language should not be a barrier” Therefore, he considered it sufficient to include the fact that the Catalan Ombudsman will be asked to “be knowledgeable” of both official languages. However, this is an extreme that is not so clear, at least for Compromís’s trustee, Fran Ferri, who valued yesterday that “knowing the language will have to be endorsed in some way” and that is something that, he understands, will consist of demand linguistic competence, although this matter believes that it will be determined in a later regulation. From the PSPV, the deputy Trini Castelló, pointed out in this regard that “the law says that you are required to have knowledge of Valencian, but no title is required.” Finally, Estefanía Blanes, from Unides Podem, valued that this is a law “one of the best received by parliamentary groups”, and that is something that “highlights the importance of the Ombudsman.”

Wounds that are still open in Unides Podem

The change in the leadership of Unides Podem in the Cortes, with the arrival of Pilar Lima to the receivership to replace Naiara Davo, is managing to raise the tone of the coalition from the speakers’ platform. Undoubtedly, a tougher profile has been adopted that does not hesitate to attack its own government partners, as has happened recently with the PSPV, after its refusal to support the proposal of the morados to create a public electricity marketer. But that forcefulness that a sector of the party presumes has had and continues to have consequences within a group, the parliamentarian, which is once again divided. The open crisis after the controversial change in the spokesperson joins the purge undertaken by Lima after taking over the leadership and firing three of the advisers who worked for Unides Podem, two of them in parliamentary technical assistance and another in communication functions. It is a maneuver that responds to Lima’s need to surround itself with profiles of its confidence to sustain its leadership, but it is something that, in turn, has further widened the rift between two clearly opposed groups. And although on both sides of the ring they make an effort to project that the important thing, in reality, is to defend the interests of the Valencians and Valencians, off-camera they admit that the situation is getting more and more rare every day. They continue to believe that power can, but certainly not united.

The autonomous government will submit three more decrees framed in the Plan Resistir, the project promoted by the Generalitat to inject 400 million euros to the self-employed, companies and workers who are being affected by health restrictions and the crisis for validation in the Cortes next week of the covid. On this occasion, they are designed to provide liquidity to nightlife establishments and the artisans of Valencian festivals, among others. Although the opposition has been questioning Ximo Puig’s star plan to help the sectors to endure the downpour of the coronavirus, the battery of initiatives linked to this plan have been unanimously validated by all groups.