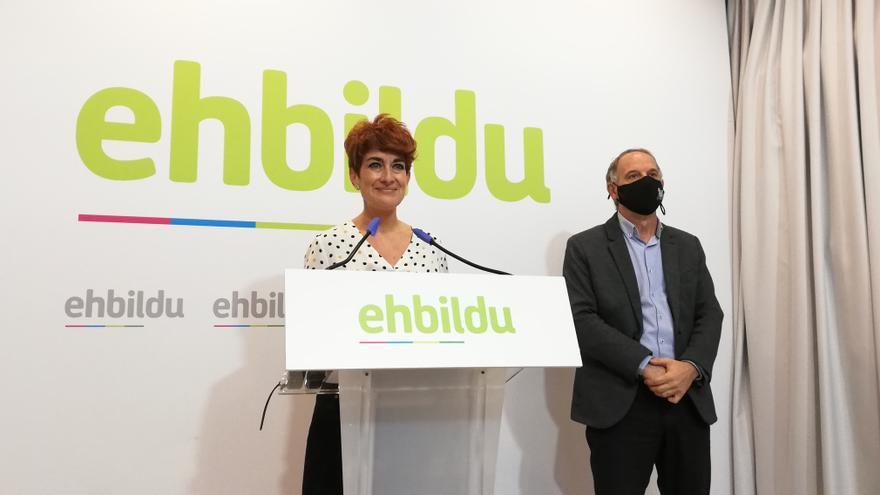 These days the General State Budgets presented by the Sánchez-Iglesias government, or the PSOE-Unidas Podemos, that far-left party that apparently marks the path of the socialists much more than they imagined, are being debated in Congress. And how could it be otherwise knowing the ins and outs of Hell’s kitchen where the affairs of Spain are cooked, the Socialists have come up with a benefactor partner, Bildu, who unconditionally supports the Government. That unimaginable pact just a few months ago (don’t forget that Sánchez swore and perjured that he would not make pacts with the neo-ETAs, and even summoned the journalist who asked him by saying that “if you want, I’ll repeat it 5 times or 20”) I mean, it has come true. The Bildu deputy, a certain Rodríguez, made it very clear “we are going to Madrid to overthrow the regime.” This ultra-left Basque formation is in tune very well with its far-left podemita peers, hence the immense emotion that Pablo Iglesias has felt when noticing the warm hug of the bear that Bildu has given them (the same emotion that can be felt when they attack a police , Pablo?).

Is the socialist family also filled with emotion with the pact with Bildu? From the silences I hear I am not very clear about it. Nicolás Redondo Terreros, a socialist long, long before those who have now joined the heat of Sánchez’s stove were, expressed it in a forceful way: “The pact with Bildu muddies our past”; “Since you cannot save the collective dignity of the party {PSOE}, save yours. Say where you can that you do not agree with the pacts with Otegui. Sometimes it is more important to say a resounding “no” than to keep quiet “. Nicolás Redondo does it from the forum of which the socialists Joaquín Leguina, José María Múgica, Rodríguez de la Borbolla or the professor of Constitutional Law Francesc de Carreras, among many other prominent members of the ’78 regime (no, José Bono, of the Bonus of all the life, it is not, it is useless that they look for it). The socialist president of Castilla-La Mancha, García Page, one of the few socialists in power who dares to disagree with the organic dictatorship imposed by Sánchez in the PSOE, has made it clear that “Bildu does not have a pass.” Not two, not three. But if we see the drift of the socialist ship commanded by its Grand Helmsman Pedro Sánchez, it will be understood that they prefer to agree with Otegui-Bildu – who refuse to condemn ETA and its crimes – than with Ciudadanos. And in the group of sonorous silences we could well find many other socialists from the ’78 regime (González, Guerra, Rodríguez Ibarra … No, José Bono, of the Bono of a lifetime, is not here, it is useless for them to look for him).

Was the PSOE pact with Bildu so necessary? Is democratic decency, the memory of the socialists murdered by ETA, the shameful silences of Bildu-Otegui with the ETA crimes, the memory of so much socialist pain left in the gutters of innocent blood so easily forgotten? Having seen things, it is worth wondering who pulls the most on the sheet that covers the double bed where Sánchez and Iglesias sleep. Are you sure it’s always Pablo, or is it going to be that Pedro also gets chills at night and stretches the sheet to protect himself from the freezing cold caused by the loss of power? Despite this terrifying scenario, it would be prudent for someone from the PSOE to explain to Sánchez that the sheets, depending on who you share them with, can become shrouds. To see more.