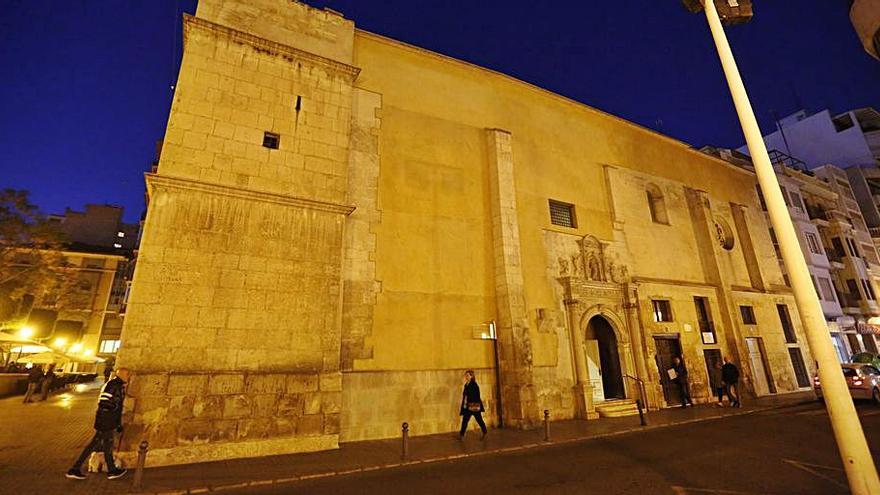 The building of the old convent of the Clarisas, in the heart of Elx, occupies the space where the Mercedarios once stood, which was built in 1270 on the old Arab Baths after the Christian conquest until, in the XIX century, the Poor Clares were located there after the abandonment of the building that they had in the current Glorieta.

It is, therefore, one of the buildings with the most historical value in the city and which, since 2007, has been municipal property. Despite its importance, the state of the property was lamentable when the City Council received it. In all this time, various actions have been carried out that have made it possible to put some units into use and patch part of the structural problems that the building has.

The situation, however, is far from being acceptable and there is a danger of partial landslides in the old cells and attached areas that accentuate the degradation of a large part of the historic building. It is the consequence of not investing what is necessary to save it and give it proper use. Being a valuable municipal heritage, and so central, it is difficult to find justification for its slow rehabilitation that endangers its future.

And it will not be for lack of announced projects and various promises. In 2009, a grant of more than 3,000,000 euros was announced from the Ministry of Industry for the Center for Knowledge Management to be located there. Precisely, the lack of management prevented the knowledge of what could have worked there. With the arrival of the PP to the City Council, in 2011, it was denounced that the subsidy had to be returned as it had not been executed within the established deadlines. The criticisms for this were of the time, although on the socialist side the boycott of the Generalitat was alleged in the processing of the project. Total, that the Poor Clares stayed as they were, which is saying. And, for more INRI and despite the fact that new steps were announced to obtain subsidies and proceed with its comprehensive rehabilitation, except for some partial improvements, the action required there is still pending. And that, meanwhile, the Poor Clares have served to promise to locate almost everything there: headquarters of the UMH; transfer of the MAHE; of the MACE; Cultural center; Parador de Turismo, etcetera.

A chronic problem in this city is that it is not possible to bring emblematic investments to it and neither from here is it forced to remember us sufficiently. We are talking about the Poor Clares, but we could also talk about the future of the old Post Office building, among other recent pending issues. It is worrying that, every six months the objective is changed to it and, since it was bought, a brick has not been placed or it is known when it will be done. Or the house of the Hort del Gat, which has been going for four years since it was promised to invest there and nothing has been done yet, except the occurrence of promising to introduce uses incompatible with the Palm Grove Law. Still little happens to us, some will say.

And it is a pity that the Clarisas building has been like this for so many years. Rehabilitated and with a cultural use, it could serve as an important reinforcement to a downtown area that, now that the long-awaited pedestrianization of the Corredora has been achieved, (as long as they do not spoil it with the invasion of cafeteria tables and chairs, as already it has begun to be done, and they have adequately criticized citizen groups and the spokesperson for Compromís), it has gained in accessibility and the possibility of citizen enjoyment.

The City Council should seriously consider the future of the Clarisas building and seek support and subsidies quickly for it. In Elx we do not have too many buildings that are so historic and, at the same time, so threatened. It is time to act.