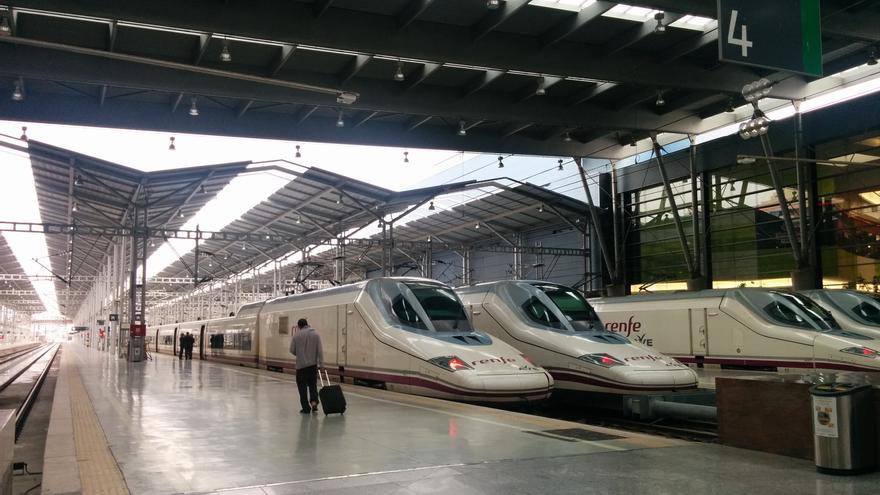 This Thursday starts the first day of the eight-day strike called in Renfe by the Spanish Union of Train Machinists and Railway Helpers (Semaf) for September 30 and October 1, 4, 5, 7, 8, 11 and 12, and that it will cause the cancellation of hundreds of trains.

Specifically, for the first four days of the strike, to which other union organizations have not joined, the railway manager has had to suspend the circulation of a total of 892 trains, of which 267 are high-speed and long-distance and 625 are medium-distance, to which are added 813 for freight services.

In addition, the National Court yesterday lowered the minimum services set by the Ministry of Transport, Mobility and Urban Agenda for the Cercanías service, considering those set by the Administration as an “excess”, since the percentage established in peak hours implied a “serious impediment” to the right to strike and lacked “proportionality”.

The ministry had set in Cercanías a percentage of 100% with respect to the current service levels at peak hours and 75% in the rest of the day, while in medium distance it established an average of 65% of the current services, in Ave and 72% long distance, and 24% for freight.

Finally, after the very precautionary measure requested by Semaf, the National Court has lowered the minimum services in Cercanías to 75% in rush hour and 50% in off-peak hours, while the rest of the services will have the mandatory minimum services that Transportes had set. .

Employment plan and transfer of competences

The machinists’ union, which represents 85% of the driving collective, has called an eight-day strike to demand, among other aspects, compliance with the employment plan and agreements on the transfer of powers with some autonomous communities.

Furthermore, Semaf accuses Renfe of having taken advantage of the health crisis to eliminate trains and cut around 700 jobs in the public entity, for which it demands that the jobs and services suppressed during the pandemic be recovered.

The train drivers assure, in turn, that it is necessary to confront the claims of the Government of Spain and the Generalitat of Catalonia to segregate a part of the Renfe group to transfer it to Catalonia, including personnel, trains and facilities.

The Semaf strike will coincide for some days with the partial work stoppages called by the Railway Union for October 1, 4, 5, 7, 8, 11 and 12 due to the “chaotic situation in which the Renfe group is immersed” .

The minimum services decreed before the strike, which accounted for 85% of the regularly scheduled trains, are not being met in Catalonia because some machinists have not shown up for work.

This has been reported by a company spokesperson, who has indicated that these absences are producing specific changes in the provision of the Rodalies service in the Barcelona area, that has had to suspend the circulation of various trains and causes delays on these lines.

🔴🚊 There are occasional alterations in the provision of essential services decreed by the strike in Rodalies.

Rodalies is reporting through its available channels the situation on these lines and the convoys that circulate at all times, and regrets the inconvenience that is being caused to users.

Renfe is studying what measures it will take against drivers who have breached the minimum services, what he understands as “a deliberate act” by the strikers, and assures that he will pronounce himself “as harshly as possible.”

The company affirms that citizens “are suffering the consequences of an absolutely unjustified strike and the inadmissible position of the leaders of the machinists’ union.”