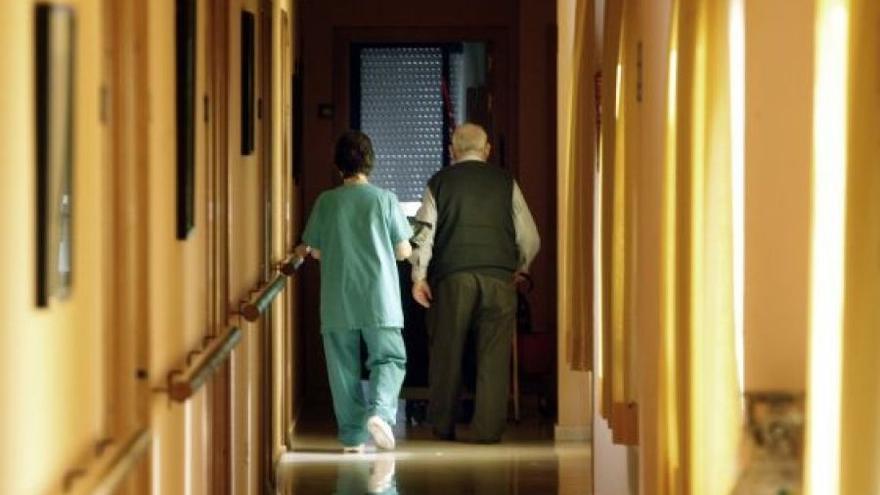 The covid It has crept into the residences again and for seven weeks all the indicators are getting worse day by day, reached figures that had not been seen since February, in the process of vaccination. The shield, claim professionals in the sector, are the third dose and mandatory vaccination of workers.

“It is necessary to verify if the immunity against covid has been reduced in the elderly”, who completed the vaccination schedule between mid and late February, and while this immunological study is being carried out, schedule the third dose of the vaccine for both residents and for their caregivers, explains to Efe, Gustavo García, from the Association of Directors and Managers of Social Services.

Alert of the urgency to rigorously apply early detection measures to avoid a new confinement in residential centers. “Locking up the elderly again could be more lethal than the virus itself,” says the social worker.

From the employers of the residences it is requested that the vaccination be mandatory for the people who care for the dependents and the elderly: slightly less than 10 percent of the people who work in the centers have resisted being vaccinated. But also, they propose that the visits be people with the complete pattern. “There is talk that the vaccination certificate is mandatory to access certain premises or establishments, as it is essential that it be required for family visits in the centers and thus we would avoid many risks that are being run unnecessarily,” he tells Efe, the president of the Business Federation of the Agency, Ignacio Fernández-Cid.

Deaths double in a week

The effects of the fifth wave of the pandemic on residences have worsened in the last week: the number of deaths has doubled until reaching 71 (they were 37 the week before and 8 in mid-July). It is the highest number since the week of February 21-28. However, the effect of mass vaccination in residences is perceived in the case fatality rate, which went from 20% at the start of the pandemic to 6.37% since the immunization process was completed in the residences.

Professionals in the sector warn of the advance of contagions in residences. If between February 8 and 14 there were no more than 10 infected people per 10,000 residents (19.57) -when the vaccination in the residences had not yet been completed- by ​​mid-July it already amounted to 17.10 and in the last week counted – from July 26 to August 1 – already reaches 38.78.

“The data, without being alarming, show a progression that leaves us wondering if it has to do with a loss of immunity or that the vaccine is not as effective with the new variants; for this extremely vulnerable population and for its workers, the third dose must be provided, otherwise the consequences could be devastating again, “warns the spokesman for the managers of social services.

Objective: not to restrict visits

Given the advance of contagion cases -which in 2021 have cost the lives of 4,000 residents- some communities, such as Catalonia, have opted for reduce the number of family members allowed to pay a visit. The fifth wave advances in the form of outbreaks in nursing homes, such as in the center of the Valencian town of Navarrés, which affects 45 of its 57 residents and 12 employees, the majority asymptomatic or with mild symptoms.

The new protocol of the Community of Madrid recommends that visits do not go people who are not vaccinated, as is the case with the majority of minors, and if they do, it should be outdoors, taking extreme precautionary measures. In addition, it advises centers to hire only vaccinated workers.

In this line are located the employers of the residences. “We believe that all people who go to see residents should have this complete vaccination schedule, in addition to taking extreme measures that we already know; although we have been in for a year and a half, the more measures we apply we will help to safeguard the health of the elderly so as not to go backwards in all the progress, “Jesús Cubero, secretary general of the Association of Dependency Services Companies (AESTE), points out to Efe. Regarding the third dose, he points out that” if it is approved, it should start again with the nursing homes, both professionals and residents should have that priority, “says the head of the employer.

“Vaccine, mask, personal hygiene and distancing“They are the keys to stopping the pandemic in the centers, proposes Juan Ignacio Vela, from the Lares Social Group, which groups together non-profit residences managed by social entities, who insists on mandatory vaccination for workers.

When positive cases are detected among residents or workers in a residential center, confinement measures should be limited to risk infections (specific people or spaces), and not to the entire center, says García, who believes that “the easy thing is to limit the visits, but not the best for the elderly. ” “You have to put the maximum barriers to the virus, but never a new confinementIt would be the biggest failure of all; early detection, all residences have protocols, facilitate PCR and antigen tests and do them at least weekly, “says the social worker, who also claims to improve medical care from primary care and in person for the people who live in the centers.