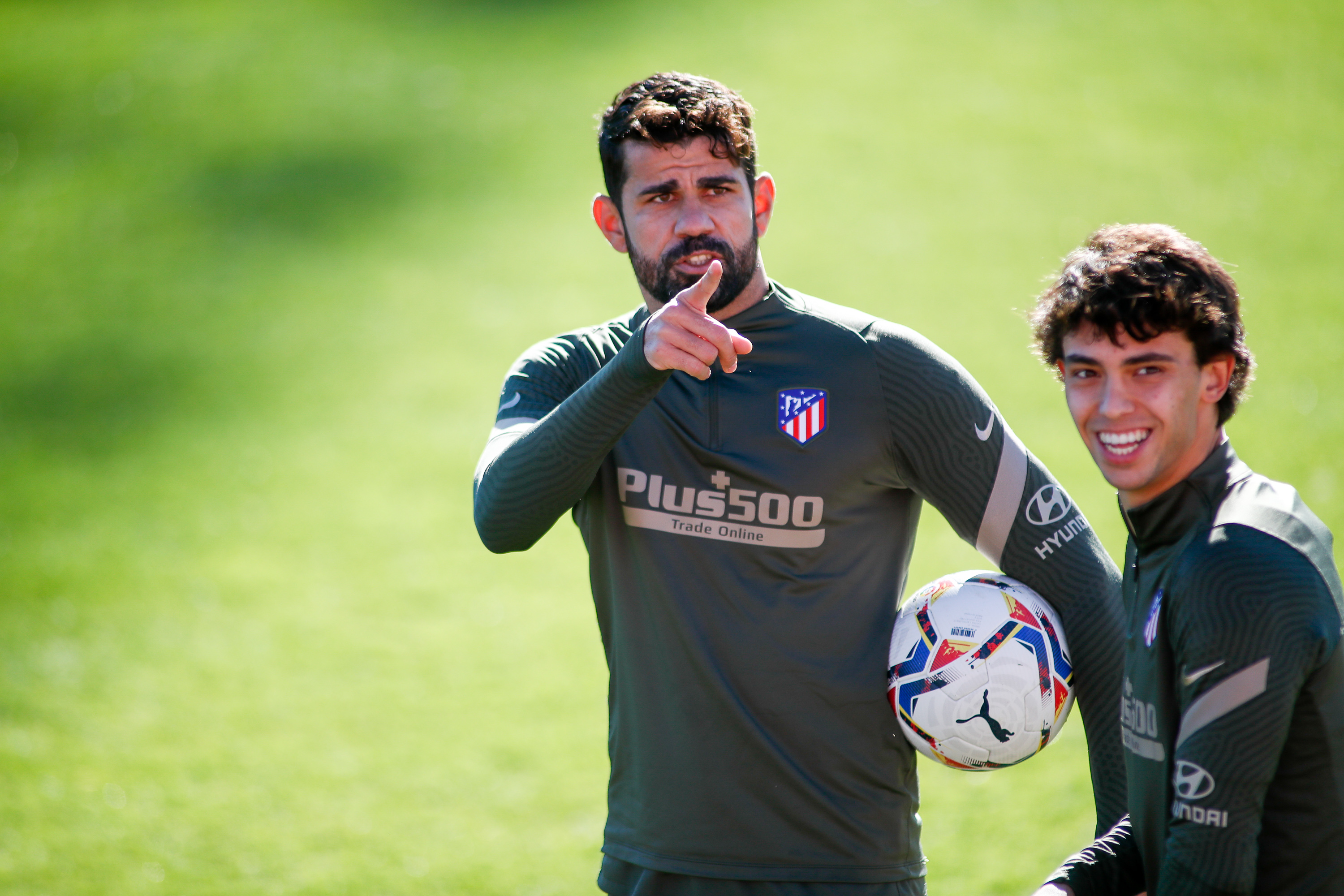 Beyond his effectiveness against the goal or the fact that at the age of 33 the physicist no longer accompanies him so much, some of the internal comments about Luis Suárez were about his mastery of the forward’s trade. “You just have to see how he is going to receive the throw-ins and return them with his chest, even in that he gives lessons,” celebrated an Atlético manager after the emotional comeback with Salzburg (3-2). Against the Austrian champion, Suárez did not score, but had several actions from the so-called other football that helped to stretch the team. This Monday, Diego Pablo Simeone went a step further on the importance of the Uruguayan and pointed out him as the key piece for the most offensive game that his team has been developing. “I think all of this is generated from the presence of Suárez. There is a need to supply it, Costa and Morata have other characteristics, more than going into space and with the long field. We were looking for other situations. Luis needs more people close to him, to live where it hurts, and the team works in search of the most complicated path, which is the goal ”, explained the rojiblanco coach. Suárez did not travel to Pamplona for the last league event and is emerging as a starter for the momentous match this Tuesday against Lokomotiv Moscow (18.55, Movistar LC).

Given the praise and the expectations that the team is generating due to the game and results (the only undefeated in the League) and because the answer was to a question about the Correa-João Félix partnership and if the new style favored them, it seemed that Simeone wanted to publicize the reason for this less speculative Atlético. The presence of Suárez has not only forced him to surround him with talented players who feed him, but also to try to play for as long as possible in the opposite field so that he does not have to make many long distances to space. “Suárez’s characteristics make us have this concern to enhance his playing situation. With Falcao we played in one way, with Costa in another and with Suárez we have to get hooked on a new situation with which we are living together ”, continued Cholo.

Nobody disputes that, for the moment, this Atlético is another. Veterans assume that the departure of players like Gabi has brought another football in the long run. “There is not much to talk about those who are not, there are others who play in the middle and are very important, they give us other options, we are attacking more, which is what you wanted. I see the team very well, sometimes it attacks and sometimes it defends itself and the team is aware of when it touches each thing ”, reflects Stefan Savic.

João Félix has benefited greatly from this change caused by the arrival of Suárez, especially when the matches have a lot of back and forth. His driving at speed to split with a pass or finish is doing a lot of damage to the opponents, who do not find it easy to knock him down without having to. Correa, Llorente, Carrasco and Vitolo have also benefited from this more offensive game.

Among the talented players, the only thing missing is to get hooked on a Lemar match. Even Koke, well beaten 4-0 in Munich by the rhythm of Bayern, had a great game at El Sadar. He ran as always and was very attentive to occupy the free spaces and receive face-to-face. Without the need to turn or feel overwhelmed, he filtered multiple passes on goal.

That offensive revolution that Suárez has fostered at the same time has caused defenders to play more exposed. The centrals play a lot in the opposite field and are very demanded to go to the anticipations. “Lately we have been attacking well and up and the defenders have to keep the line high, we are doing very well,” says Savic.