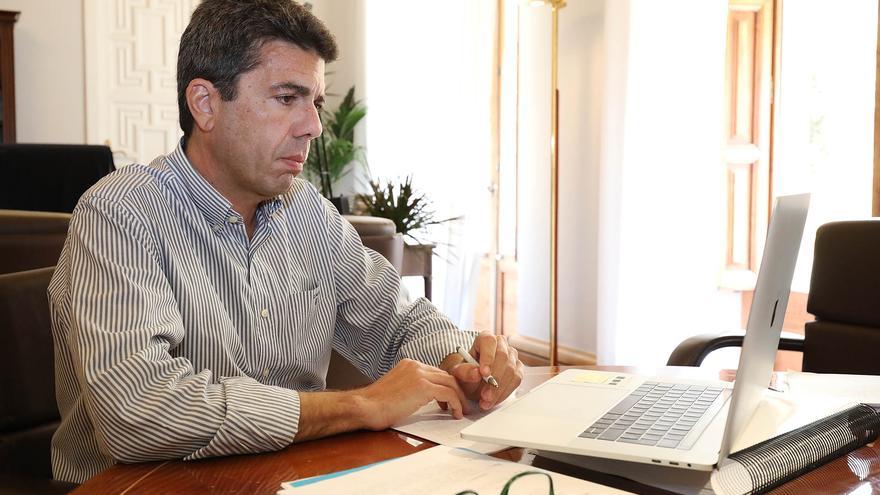 Prominent voices of the party coincide in admitting that the mayor of Benidorm, Toni Pérez, will be the one who assumes the reins of the party at the provincial level. Carlos Mazón chose him as number two in the provincial congress last year, being one of his most trusted people. The mayor of Benidorm had an absolute majority in the last local elections and everything indicates that he will go from being secretary general to provincial president of the PP as soon as Carlos Mazón makes the leap to Valencia. Toni Pérez has devoted himself fully to his municipality and has always defended the need to start the path towards moderation and centrist discourse. The current secretary general has shown that he wants to get away from the radicalization of messages and aggressiveness, and precisely this has been one of the main qualities that the party leadership has valued in him. Different popular leaders assure that the appointment of Toni Pérez is the natural replacement that the statutes mark as the current secretary general. This is one of the decisions that, at least for the moment, the party has more tied, butHow is Mazón going to reconcile the assault on Valencia as president of the Alicante Provincial Council? The current provincial leader is already arming himself for the disembarkation and, at least for the moment, will use the formula that has given the party the most successes: uniting the institutional power from the Alicante Provincial Council with the organic one, from the regional presidency that he could carry out as of July, if everything goes according to the roadmap that the party leadership manages. At the moment, the Alicante leader does not contemplate taking the Provincial Council out of the equation, despite the compatibility problems that this can generate. His leadership is indisputable in the province, but to gain notoriety in Valencia and Castellón he has to travel many miles, and that is difficult being tied to the office of the Provincial Palace. Carlos Mazón faces being a candidate for the Generalitat without the springboard that would give him being the spokesman in the Cortes, so the only way to make himself known is by stepping on the sites again and again. It is true that you do not have to leave the Provincial Council when you make the leap to Valencia, but it is also true that there may be serious problems to balance schedules, which would run the risk of leaving the provincial institution aside or, worse, turning it into a a mere partisan instrument in his career to reach the Generalitat and not in an administration to serve the people of Alicante. Aware of this situation, party leaders continue to defend that Carlos Mazón will be able to reconcile both positions without difficulty but, at the same time, they recognize that if these difficulties arose or the regional elections were finally anticipated, there is a figure that could have weight in all these movements. At least for the moment, the name that is being considered as a possible substitute in the presidency of the Diputación is Juan Francisco Pérez Llorca. It is not a decision that has been formally decided, but it is the main name that is being considered today. Deputies Adrián Ballester, María Gómez or Ana Serna, who have also been very close to the president, fall from these pools.

Pérez Llorca is mayor of Finestrat, provincial deputy and was head of the campaign of Carlos Mazón. If these two circumstances were to occur, the institutional and organic organization would therefore remain under the control of two leaders of the Marina Baixa. In addition, if Carlos Mazón left his act for a hypothetical regional electoral advance, for example, it would be Juanjo Berenguer, mayor of El Campello, who would enter as a deputy of the PP.