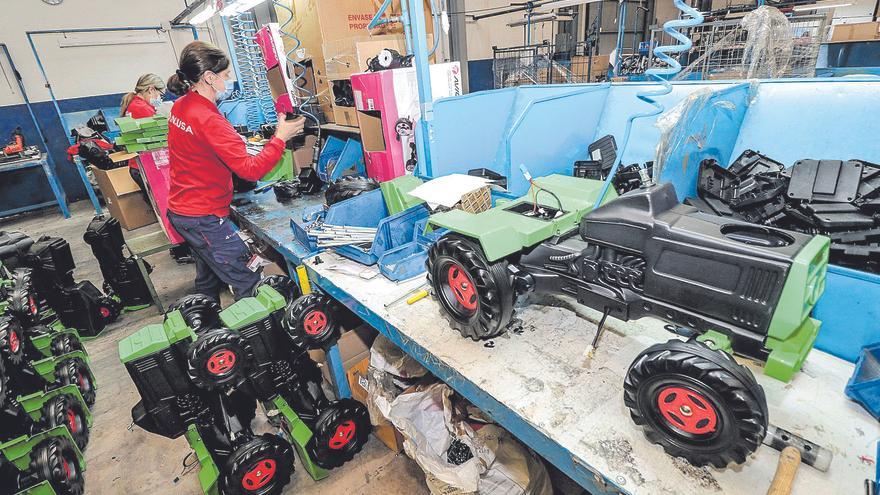 The toy sector is a sector marked by a deep seasonality, since most of the sales are formalized in the final stretch of the year, coinciding with the celebrations of the Christmas and the Magi. Given this factor, it is not surprising that companies are deeply concerned about the evolution of events in this second wave of the pandemic.

The president of the employer’s association, José Antonio Pastor, emphasizes that 60% of the turnover depends on these last two months, which in the case of the national sector represents around 1,000 million euros, 400 in the province of Alicante, which is the main producing center. Based on this, he does not hesitate to say that a new confinement “would be a real disaster for us, something very similar to what was suffered by tourism in summer.”

The precedents come to support these assertions. During the first confinement, those markets that did not suffer restrictions in the commercialization of toys registered increases in consumption. Examples are Australia, with a rise in sales of 19%, EE UU, with 16%; Canada and Germany, with 9%; United Kingdom, with 8%, and Holland, with 6%. In SpainHowever, the situation was radically opposite, since, as the sector was not considered essential, the closure of toy stores, as well as the sections for this type of product in supermarkets, caused consumption to fall to a 40%. “At that time,” says Pastor, “the impact was not excessively significant, because it was not the peak season for the sector. Now, I insist, it would have dire consequences.

But manufacturers are not limited only to the economic consequences, but put special emphasis on what closing the stores would mean for children. Various studies carried out in the confinement period show that play increased from three to four hours a day and that, when the children were able to go outside, 66% did so accompanied by their toys. All this without taking into account the importance of games and toys for social, physical and emotional development. Hence, the sector has sent letters to all administrations, both regional and central, so that, as has already happened in Italy, the toy is declared essential, do not close the shops, “and the children have their Christmas », Highlights Pastor.

Companies are already feeling the consequences of the uncertainty, as well as the restrictions that are already taking place in some places. This is the case of Injusa, an Ibi firm dedicated to the manufacture of tricycles and electric vehicles, which has had to reduce production at its factory due to the confinement currently affecting France. This is what the sales director points out, Ximo Leon, who points out that, “if things improve, we will rectify and increase activity again.” However, the concern is evident, to the point that, he adds, “if we continue on the same path, the drop in our billing could be higher than the 5% that we handle at the moment.”

In similar terms it is expressed Cesar Bernabeu, manager of the Berjuan doll factory, located in Onil. “The news that emerges every day is negative, and that is translating into a cut in orders,” he laments. For this reason, he considers that the recognition of the toy as essential, “would help both us and the stores, because we risk everything in just three weeks. In addition, it is about responding to a claim that we have been maintaining for many years, since toys are essential for the development and education of children, and it is about time that they are considered as they deserve.

A campaign through only digital channels would be unfeasible

The Spanish Association of Toy Manufacturers ensures that a campaign only through digital channels would it be completely unfeasible. Despite the growth of online purchases – 38% of families bought toys in confinement and 88% had to do it online – a campaign in this way could not be supported in Spain, since according to what stands out from the employers, nor online platforms, nor logistics structures, nor the available stock, allow to support the volume of purchases that is registered on these dates.

Manufacturers recall that there are historical precedents for exceptional measurements for toys. It was in the United States, when in 1942, before the country’s entry into World War II and the prohibition of all unnecessary productive activity, the toy industry was declared essential, allowing its activity. With this, the children’s right to play was preserved and a certain normality was achieved in their lives.