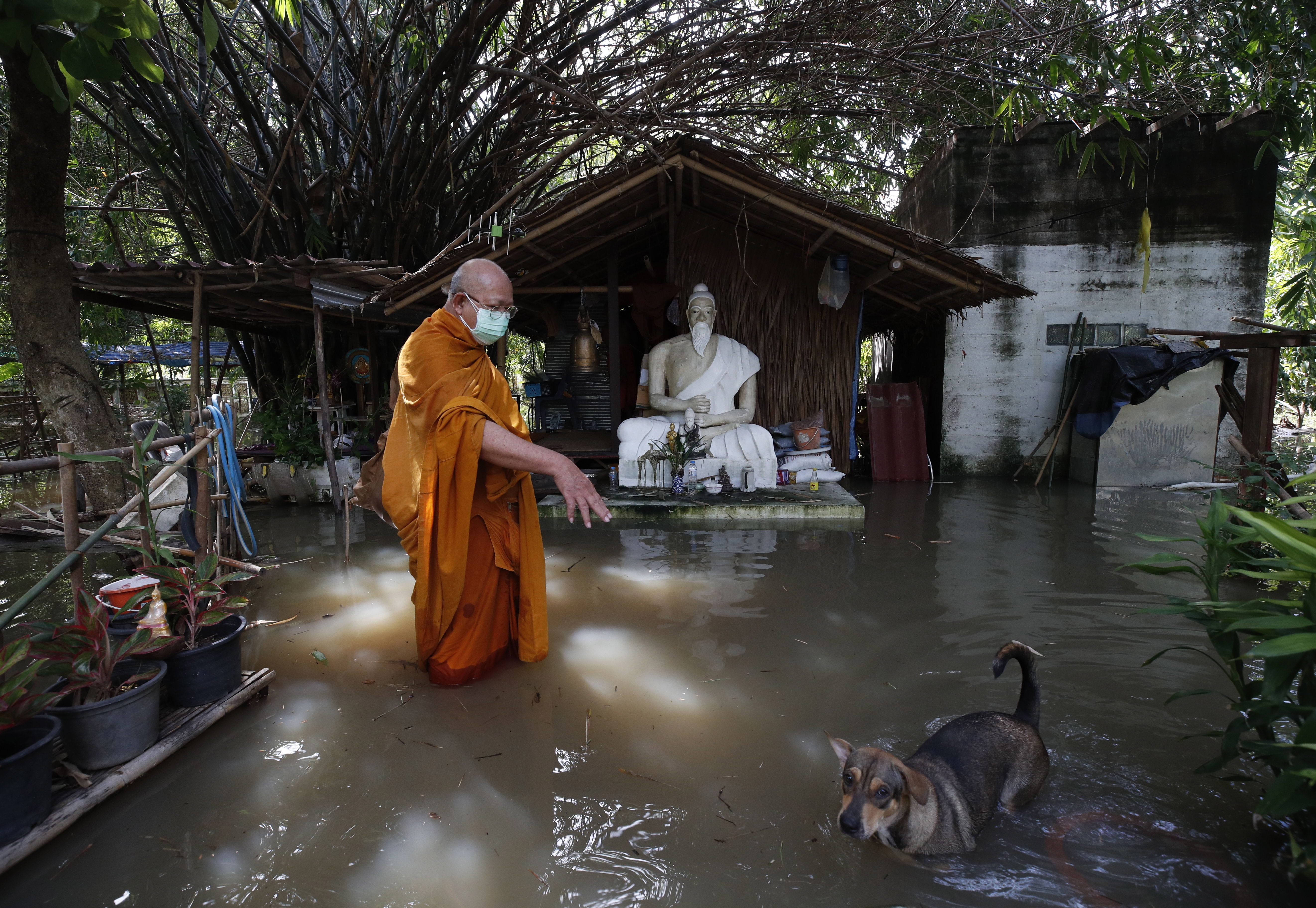 In 2009, the United Nations General Assembly decided to establish October 13 of each year as the date on which theInternational Day for Disaster Risk Reduction. On this occasion, it is dedicated to international cooperation in this matter and therefore to its inclusion in the cooperation and humanitarian action policies of all states. An issue that takes on special relevance in the current situation marked by the impacts of the covid-19 pandemic and how this crisis has revealed the enormous challenges in this area and the growing selfishness of developed countries.

Despite the fact that in recent decades there has been an increase in the number and severity of disasters of all kinds and that new threats have appeared or other pre-existing ones have worsened, the international community is still quite timid to incorporate this finding that we live with the risk in international agreements and, above all, in national public policies. The health, social and economic crisis caused by the COVID-19 pandemic would seem to be an opportunity to advance in terms of predicting, reducing, mitigating and preparing for these risks, and yet we fear that it will not be the case. The environmental crisis does not seem to be generating this type of approach either.

In 2004 the report was published Living with Risk: Global Report on Disaster Reduction Initiatives, prepared by the United Nations International Strategy for Disaster Reduction (ISDR). The report emphasized something that was already evident to many people and groups: we live in risk societies, as Ulrich Beck said. Of increasingly diverse and changing risks and, therefore, we must prepare to face them. This document and, above all, the impact of the tsunami that devastated the Asian coasts at the end of the same year, led to the approval of the Hyogo Framework for Action (HFA) for disaster risk reduction, an agreement signed by more than 160 countries.

Although the agreement was limited and highly focused on so-called “natural” or technological disasters, it represented a relevant conceptual and political advance by formalizing this idea of ​​“risk reduction”, compared to the previous conceptualization of disaster reduction. Risk understood as a result of the interaction of possible threats with societies with different degrees of vulnerability and capacities. In conventional definitions of United Nations the risk it is the “possibility of death, injury or destruction and damage to property in a system, a society or a community in a specific period of time, determined probabilistically as a function of threat, exposure, vulnerability and the capacity”. Risk is something socially constructed, which therefore varies from society to society and which evolves historically.

Nothing hurts development more than disasters, and yet the vicious cycle of disaster-response focused on emergency-recovery-repeat continues to repeat.

The HFA had a great impact, especially in the countries most prone to catastrophic events and was replaced in 2015 by the Sendai Framework for Action incorporating many of the lessons learned in those 10 years It also led to the creation of the United Nations Office for Disaster Risk Reduction (UNDRR) which replaces the ISDR. Sendai also advances in the idea of ​​understanding risks as something systemic, beyond a single threat. Consider, for example, climate change due to global warming, which, at the moment, contributes to environmental degradation and loss of biodiversity, with the consequent effects on crop and food production, international trade, the volatility of financial markets and political instability, among other variables.

However, despite these advances in understanding risks and their systemic nature, one of the problems that appears increasingly relevant at the international level is the lack of coherence between the various international agendas, focused only on certain issues. and not in the systemic approach to matters. The 2030 Agenda and the SDGs, apparently the most important for the countries, hardly incorporate allusions to the fact that the path towards the desired sustainable development is fraught with risks (disasters of all kinds, climate crisis, pandemics, violent conflicts, new forms of violence, forced displacement…). It is a basically optimistic agenda that starts from an excessively vague analysis of the real problems and risks that can affect the sustainable development that it proposes. Nothing hurts development more than disasters, and yet the vicious cycle of disaster-response focused on emergency-recovery-replay continues to repeat itself. Despite the extreme defense of the 2030 Agenda for many sectors, the response to the pandemic should serve to see its limitations, avoid repeating the traditional patterns of response and try to modify it.

Nor does the agenda of the Paris Agreement and the various agreements on climate change consistently include allusions to risk in line with the Sendai Framework for Action. Issues such as forced displacement caused by the climate crisis, the interaction of various different phenomena, including climatic ones, in disaster risk are not systematically analyzed in the Paris Agenda. According to GAR (Global Assessment Report on Disaster Risk Reduction 2019), climate change is one of the prominent factors driving and exacerbating losses caused by disasters and development failure. It is a phenomenon that increases the intensity of risk.

Processes to reduce risk have multiple points of connection with mitigating climate change, adapting to that change, and reducing related vulnerability (for example, increasing security of land ownership and improving access to electricity and agricultural extension services can facilitate the mitigation of droughts). However, as many reports say, few plans take these types of links into account. If the assessment and planning of risk reduction do not include the different climate change hypotheses, we will be creating redundancy in all our work.

The New Urban Agenda, for its part, it represents a clear advance that should still be explored in terms of how the greater exposure posed by urban contexts represents new patterns of risk. And, therefore, it requires new approaches to address them.

Faced with the fragmentation of the international agendas to which we are referring, as the RAG proposes, to understand the risks it is necessary to understand what we know and what we do not know, and even try to remedy those aspects that we do not know. Risk is extremely complex. We have to understand how it is dealt with without resorting to reductionist measures that isolate them and ignore their systemic nature. We must revoke institutions, governance approaches and research modalities that address risks in isolation and outside their socio-ecological and socio-economic contexts.

This is the challenge at the international level: to incorporate risk as a substantial dimension in any public policy that seeks the well-being of the community. And, of course, make this a priority for international cooperation.

At the national level, the Spanish State has not been particularly active in this matter. A low perception of risk, a very outdated approach to disasters and plans that are excessively focused on response and very little on prevention, preparedness or mitigation tasks, together with a complex distribution of powers and an outdated legal framework, have meant that, Despite having signed both the Hyogo and Sendai Framework for Action, Spain has not made much progress in complying with what was agreed therein.

At our Institute we have tried to incorporate these issues into the agenda of international cooperation for development and humanitarian action and two recent publications have an impact on this issue. The report Risk-based planning in Spanish Cooperation. Proposals for the future, carried out with the financial support of the Spanish Agency for International Development Cooperation (AECID), aims, precisely, to provide clues to incorporate the risk approach in our cooperation.

On the other hand, the IECAH within the INSPIRE consortium has participated in the preparation and translation into Spanish of the new guidelines and note DG ECHO Disaster Preparedness Guidance, Humanitarian Office of the European Commission. This document broadens the vision of disaster preparedness in the humanitarian field and incorporates important novelties in terms of anticipatory action, a risk-based approach, specifying the possibilities of financing by DG ECHO for preparedness projects.

The international cooperation and humanitarian action sector therefore has tools that should make it possible to strengthen this aspect of our work.