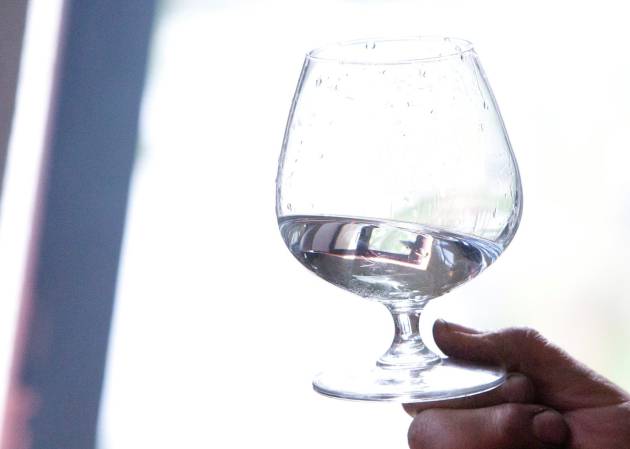 Antonio Bizcocho is a tourism technician for the Coria del Río City Council. Japanese excursions arrive in his town, attracted by the link between this Sevillian town and Japan. Japan and Coria? Yes. This is because in 1614 the samurai Hasekura Tsunenaga came on a ship with a foreign name, like the sailor from the Piquer. It was an expedition by the Keicho embassy to establish commercial relations with Spain. Date Masamune, a nobleman from the city of Sendai, wanted to open new avenues of trade, so, helped by Luis Sotelo, a Franciscan living in Japan, he put Tsunenaga at the forefront of this journey.

It took them a little over a year to reach Sanlúcar de Barrameda (Cádiz) and from there they accessed the Guadalquivir to Sevillian lands. What was the Franciscan painting in all this? He would get on this ship -literally and metaphorically- to facilitate business with the Spanish Crown and then go visit the Pope of Rome so that Christianity could gain ground in the northern part of Japan and, incidentally, run as bishop of that new diocese.

They got an audience with Felipe III to talk to him about the commercial agreements, but they didn’t get an immediate response because the palace is not your mother’s house and one doesn’t show up there without warning. So the monarch told them that he had to think about it and he would tell them something. Then they went to see the pope to tell him the other thing, about opening branches in Japan. The pope listened to them for a while and then rang the bell for the snack to be brought and escorted to the door by the Spaniard with the strange fringes and the Chinese with swords.

With the resume posted, samurai and Franciscan returned to Seville to await the call of the king and the pope. But in the meantime, the Government of Japan banned Christianity, so the invention was screwed up and they had to go back to Japan. But they did not all return. Some died there and approximately 15 of them decided to stay. The Japanese began to have offspring in Coria and that is the explanation that today around six hundred Corians are surnamed Japan, a surname registered for the first time in a will of 1642.

Also Read  The odyssey of sailing

The creator of Sake de Coria is not called Japan, but he has the commercial and seafaring streak of the samurai who visited his town. “On the one hand I made the sake to have a representative present of Coria to give to the visitors. Here Japanese tourists came and the only thing they could take were images of the Virgin of Rocío. And on the other hand, I thought about this business to buy a boat and spend three years traveling around the Mediterranean, but things have gotten a little messy ”, laughs Antonio Bizcocho.

To make sake he teamed up with Enrique Acosta, from Bodegas Sani Primavera, and had to start producing it in a hurry. News began to reach him that a large company that had just arrived in Coria wanted to appropriate the idea of ​​making sake. “We had a lot of urgency to do it and present it and I put a lot of pressure on Enrique. ‘Enrique, we didn’t arrive.’ And he: ‘You’re going to have it.’ We had it, we had it because we blew up the boiler. We gave it so much cane that it went up into the air. And from what we could save we made some bottles. That was the fermented sake that I tried to make in the beginning. “

But it was not good. That sake that pretended to be traditional was hardly drunk. “90% of the people looked at me with the face of ‘but what is this?’ I gave it to a Japanese man to try and he didn’t give us a single fault, it was all good. And Lali Morán, Enrique’s wife, told us: ‘Impossible, that’s not good, she can’t say she likes it. Take another Japanese, this one is not good for us’ ”. It was also Morán who encouraged them to make liquor instead of traditional sake because “it will have more output”, and that is how, a little over a year ago, the Keicho sake o Sake de Coria, the fusion of a Japanese drink with the dessert that is traditionally made in Coria. “There is a lot of Doñana rice here and rice pudding was the dessert that the grandmothers made for us children, so it is a beautiful tribute to our Japanese and Spanish roots.”

I ask someone with a lot more criteria than the Japanese who liked Antonio Bizcocho’s first sake. I give Coria Sake to try Roger Ortuño, sake sommelier and Goodwill Ambassador for Japanese Gastronomy by the Ministry of Agriculture, Forestry and Fisheries of Japan. “Does it have cinnamon? It’s very good. It looks like a nigorizake, because it is cloudy. If we speak in Japanese I would say that it is a sake. In Spanish it is liquor and it already indicates it very well on the label ”.

The term sake in Japanese encompasses any alcoholic beverage from wine, liquor, beer … It is a generic. In Japan they call nihonshu what we know as sake. “Sake – what we understand by sake – by definition is not a liquor and it is not a distillate as would be the case with sochu or whiskey. Neither is sake a liquor because liquor is infused with something. Coria’s sake is a cream liqueur, as indicated, that is made with sake. I really liked it ”, says Ortuño.

To the sommelier responsible for the web Eat japanese You like the taste of this rice pudding sake, but will the Japanese like this mix? “The rice pudding dish for a Japanese is shocking. As much as for a Latino the anko Japanese, which is the very sweet red bean paste with which Japanese pastries are filled, ”says the Japanese gastronomy expert. On the other hand, although seeing rice bathed in milk with its sprinkled canelita makes them want to do the harakiriThe truth is that the taste of sweet rice is not strange to the Japanese palate, “mochis are made with glutinous rice and this is sweet. So by flavor it is not nonsense ”. In fact, it is proven that it is not, “the Japanese are horrified by rice pudding as a concept, however, they try my sake and they love it,” says Sponge Cake.

Keicho sake has been very well received in Japan. It has been presented at the Tokyo Tourism Fair and is served in some restaurants, albeit in a limited number. “The problem with the Japanese market is getting through customs. I cannot send bottles by courier, it has to be through the importer. The bottles are arriving there by the Japanese who work with me and are taken to relatives and a restaurant ”. Despite the difficulty, the effort to enter the Japanese market continues. A Japanese businessman has been interested in Sevillian sake and wants to export it to his country. They have also been sued for yuzu liquor. In addition, Bizcocho and Acosta are going to expand the business by making other new liquors.

In Spain you can buy Sake de Coria through the website of the Keicho sake or in almost any store in Coria del Río and surroundings. Eric Gil, Director of Eikyô Japanese Influences, he has also put it on the shelves of his store in Barcelona, ​​“it is a happy sake, it has a Corian character. In addition, the story behind it is very interesting ”.

Gil also has it available through his web, “Spanish and Japanese take it. The Japanese find everything that is Japanese outside of Japan very funny. The Spanish drink it for the end of the meal, the Japanese I don’t know if they have this custom of drinking liquor after eating ”. In fact, that is Roger Ortuño’s suggestion for consumption, “in Japan they don’t have a drink like that, but they are playing with fruit liqueurs based on sake, with sparkling wines, with yuzu… In a restaurant menu this sake is I would put it as an aperitif or as a digestive, for the end of the meal ”.

But, although Corians already drink Sake de Coria “by the liter” –as its inventor says–, the most important use of Keicho sake is as a gift. Four hundred years ago, some Japanese landed in this Sevillian town loaded with porcelains and pieces of art to leave a memory of their passage in the town. Thanks to that visit and the ingenuity of Antonio, Enrique and Lali, today the corianos can return the memory of their stay with this salutary drink. There is no doubt that if you ever meet a Corian, he will surely proudly give you a bottle of sake from his town.