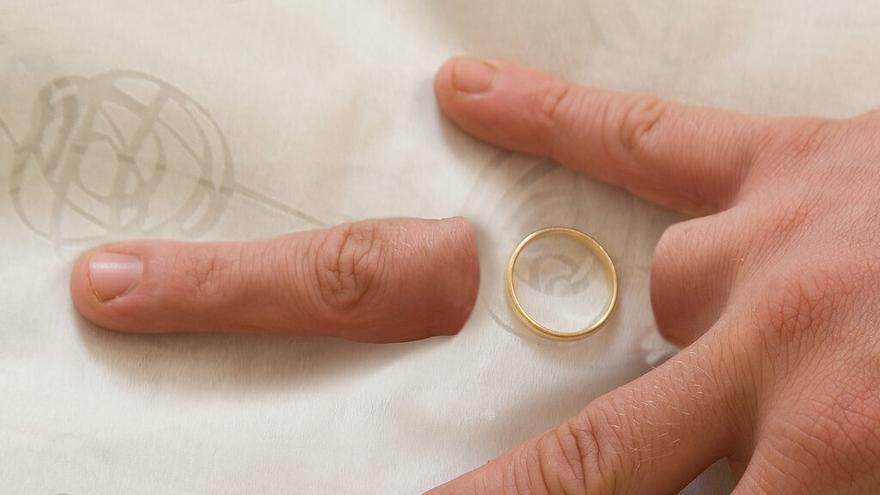 There is no marriage that lasts, in principle, forever and longer after a pandemic or, at least, that is what it seems in the Valencian Community. The data just published by the Superior Council of the Judicial Power (CGPJ) confirm that the divorce rate in the autonomous community has risen to 6.3 per 100,000 inhabitants in the first quarter of the year.

It is the second autonomy with more divorces per inhabitant of the whole country, only behind the Canary Islands and almost one point above the national average, which means one more divorce for every 100,000 inhabitants.

In these first three months of the year the number of divorce lawsuits in the Valencian Community increased 11% compared to the same period of the previous year, going from 2,758 to 3,056.

Regarding the separation demands86 were submitted by mutual agreement, which implies a year-on-year decrease of 7.5%, and 48 of contentious class, 2% less than last year. In addition, in the entire quarter there were two nullity claims, one more than a year ago.

If all types of demand for marital dissolution are taken into consideration – divorces and separations, including consensual and non-consensual, and annulments – the Valencian courts assumed a total of 3,192 in the period analyzed, 3.63% more than the 3,080 registered the same quarter last year.

By provinces, in Valencia, 1,765 lawsuits for marital dissolution were filed, in Alicante 1,092 and in Castellón 335.

In the country as a whole, marital dissolutions rose by 5.7% in the first quarter of the year, especially separations and consensual divorces, which grew by 9.7% in relation to the same period of 2020.

These are data from the General Council of the Judiciary (CGPJ), which has made public this Wednesday the data of the demands for marital dissolutions that were presented between January 1 and March 31, 2021.

The registered increases break the downward trend in the dissolution of marriages in 2020, when separations and divorces fell by 13.3%.

These non-consensual separations decreased by 14.4% compared to the first quarter of 2020.

In addition, there were 22 demands for marriage annulment, one less than a year ago.

At the other extreme, the territories where fewer people divorce or separate are Madrid (4.3), Castilla y León (4.4) and the Basque Country (4.7).

Demands for modification of marital and non-marital measures have also experienced significant increases in the first quarter.

Thus, the demands for modification of consensual measures rose by 21.4% in the first quarter in relation to the same period of the previous year (3,496) and the non-consensual ones did so by 7.4 (8,439).

On the other hand, the modifications of measures of custody, custody and maintenance of consensual non-marital children had a significant interannual increase of 34.2% (to 6,456) and the non-consensual ones grew 11.5% (7,006).