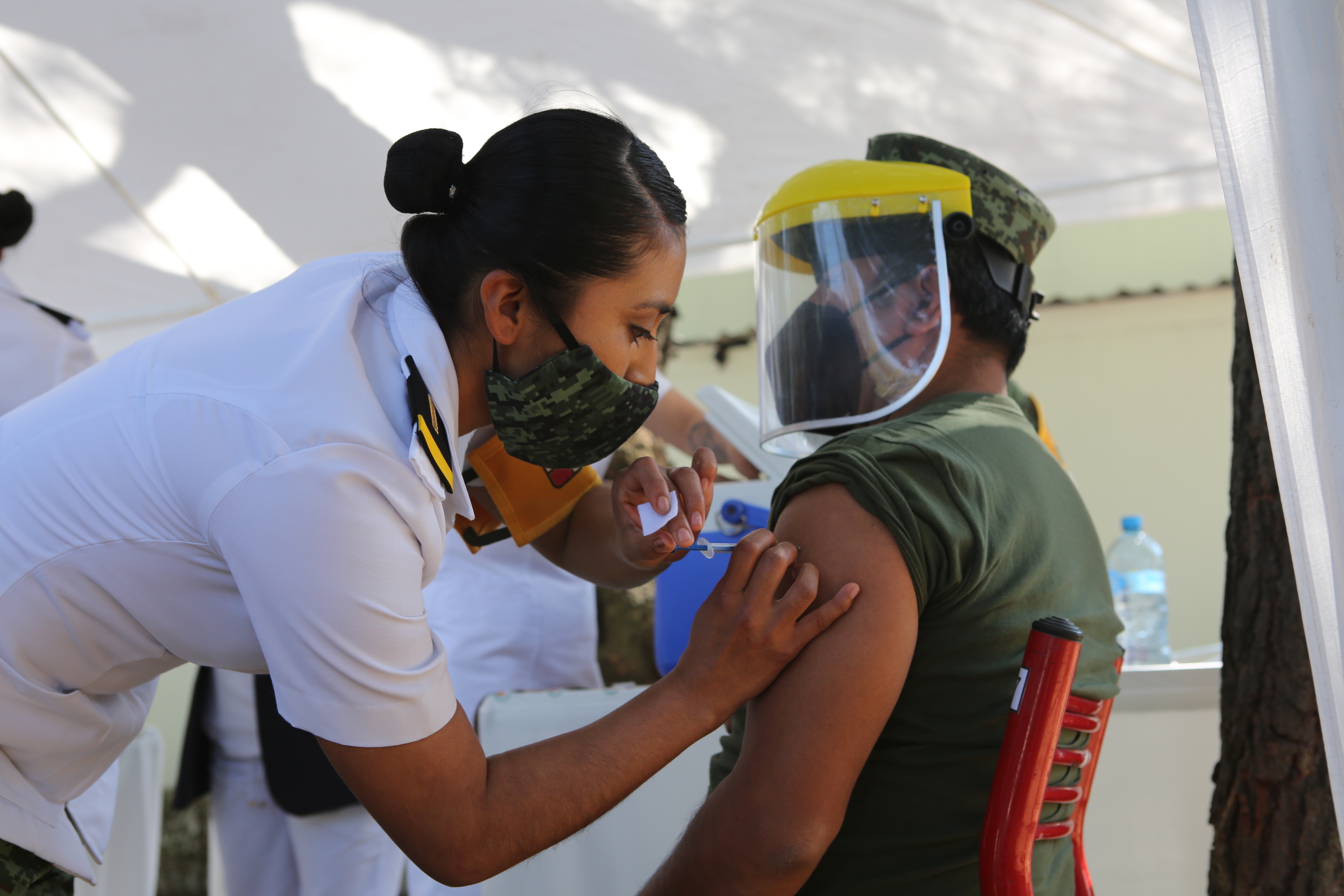 Mexico received the second shipment of coronavirus vaccines in a week this Saturday morning. 42,900 immunizations have arrived in the country from the plant of the Pfizer-BioNTech company in Belgium. Most of them, 34,125, have landed at the Mexico City airport, while another 8,775 landed in Monterrey (Nuevo León) to be transferred to the State of Coahuila. These new batches are in addition to the 3,000 doses on Wednesday, which served to make Mexico, along with Costa Rica and Chile, the first three nations in Latin America that began to vaccinate their population against the virus. Despite the change in conversation that the arrival of the antigen in Mexico has caused, the situation of the pandemic continues to be urgent. The capital of the country is close to saturation with 7,700 people admitted to hospitals in the Valley of Mexico according to the occupancy report of December 24, the last available. There are only 205 beds with vacant fans in the capital.

The vaccines that arrived in Monterrey will be sent by land to the city of Saltillo, in Coahuila, where they will be placed under military protection, as was done with the previous batch. Pfizer-BioNTech vaccines need to be deep-frozen. The company has arranged a special packaging that allows it to be kept at these low temperatures and all packages have a monitoring chip that geolocates the doses and transmits the temperature continuously. The delegate of the federal government in Coahuila reported on Friday that the entity expects 7,500 doses. The State is the seventh entity with the most active cases, 1,499, and accumulated (48,093). There, 4,069 people have died from the disease.

The application of these injections will begin on Monday in Mexico City and Coahuila. Mexico expects to continue receiving vaccines continuously until adding 1.4 million doses as of December 31. Subsequently, the pharmaceutical company will cover another 34.4 million vials. To these will be added later shipments from other drug manufacturers, such as China’s CanSino and later that of Astra Zeneca. The Undersecretary of Health, Hugo López Gatell, said that the Government can also make purchases with Janssen, which could supply the antigen in May 2021.

The health authorities have said that the new batch will allow to continue with the vaccination campaign aimed mainly at those who are on the first line of care for covid-19 patients. This is doctors, nurses, laboratory workers, ambulance personnel and hospital cleaning and hygiene personnel. Mexico is the country that has registered the most victims in the pandemic among health personnel. That is why it was symbolic that, unlike other nations, the first Mexican who received the picket in the arm was the nurse María Irene Ramírez, 59, from the Rubén Leñero hospital in Mexico City. The gesture was repeated among health personnel in the States of Mexico and Querétaro.

The first vaccination exercises have also left criticism. Health personnel from the La Raza hospital, one of the largest in the capital with more than 700 beds, demonstrated this Friday because they affirmed that the 22 doses received were applied to directors of the center. “Vaccine the operation, not the manager,” they complained on banners. The director of the Mexican Institute of Social Security, Zoe Robledo, qualified the information and said that the only senior official at La Raza who had benefited from the immunization was the director of the center because he was over 60 years old and had two comorbidities. This Saturday, Robledo said that the beneficiaries of the vaccine are chosen by hospital personnel and that it is divided into 10 categories that go beyond doctors and nurses. “It is essential to protect those who have protected us in these months,” Robledo said this morning at the foot of the plane that transported the new cargo.