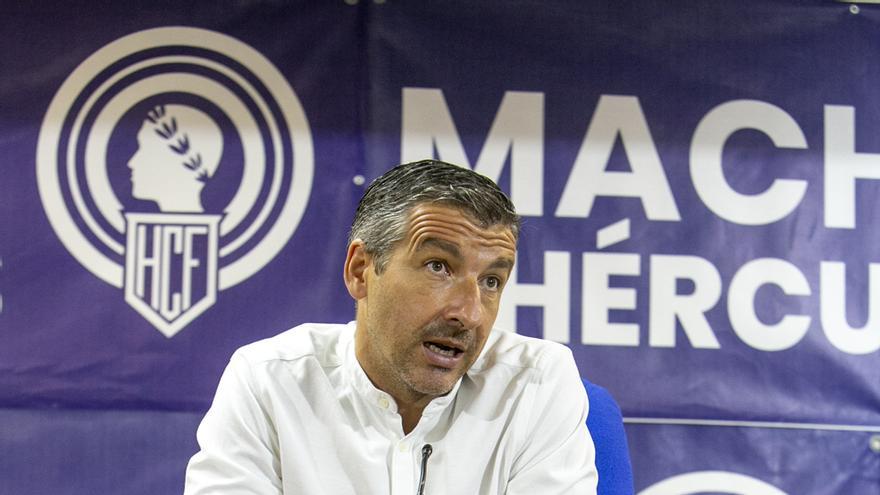 Absolute control of even the smallest detail. What the first time was taken as a simple anecdote, an unintentional slip, has become the norm. Everything counts when it comes to achieving the goal, including the visibility of the infirmary, which has become a restricted area, a journalistic exclusion zone, a secret weapon with which to start winning matches.

Hercules, four times so far this season, has hidden his list of highs and lows. The only ones that have been made public as soon as they are diagnosed have been those of Acuña and Benja, who required a visit in person to the clinic of doctors Mariano de Prado and Pedro Ripoll, in Murcia. Both traumatologists have as a rule to issue a statement with their interventions, not in vain are they responsible for one of the most relevant sports medicine centers on the continent, one of the few that have the seal of excellence granted by FIFA.

When both are out of the equation, Hercules reserves the right to report their footballers’ ailments up to a maximum of 40 minutes before the start of the matches. And it does not do it voluntarily, but required by the competition regulations. The first time it happened with Pedro Sánchez in the league debut. His absence from the call was not official until the referee was provided with the list of holders and substitutes for the preparation of the minutes.

Your annoyances, without publicly typifying, they kept silent. The closed-door trainings, the evasive answers from Cubillo in the press room and the writing and publication of the calls without proper names supported by a laconic “all available”, without specifying who they are, contribute to the success of this strategy of the distraction.

Manu Garrido and Jon Erice, starters at Paterna against Mestalla, trained intermittently the following week. It all came down to muscle aches. No clues were given on the evolution, or the scope. In fact, the Madrid coach insisted that they were not ruled out, that they would work on their recovery until Sunday. In no case was their presence dismissed on Sunday, but both lived the day off the bench, injured.

The case of the Navarrese midfielder is paradigmatic. No official medical report has been issued about him, nor are there any clues about when he will return. His soleus is affected and, for the weeks he has been away, it is clear that he suffers a tear, but they are all more or less correct deductions. So far, he has only played 81 minutes, which he added at Antonio Puchades. If what he is suffering now is a relapse or a different problem than the one that deprived him of being available against Atzeneta is an outsider mystery.

The last to join the list of invisible injured It was Raúl Ruiz. The youth squad, with damage to the hamstring area, in one of the heads of the biceps femoris, broke on Thursday. The next day, when Cubillo was questioned about the state of the infirmary, the Madrilenian answered without including him or even as a doubt, he passed by. The private work sessions helped to hide a certain loss of which Gerard Albadalejo, coach of Orihuela, did not know until moments before the start of the derby. 11 points out of 15 possible. Surely they are not the result of communicative obscurantism, but it all adds up, they think of the club.