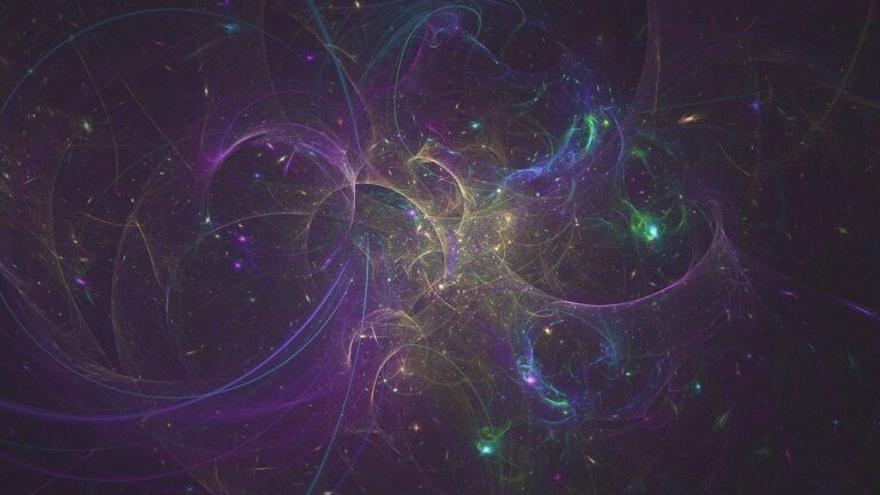 Scientists at CERN in Geneva have managed to break the barrier that until now prevented access to the secrets of antimatter: they have cooled antihydrogen atoms using lasers, which will shed new light on the origins of the Universe and allow the creation of antimatter in the laboratory.

We have been hearing about antimatter since 1928, when physicist Paul Dirac predicted the existence of antiparticles. Five years later we discovered the first antielectron, which we call a positron.

Before these discoveries, we couldn’t even imagine that anything we knew about matter would have an inverse twin that would be like the mirror reflection of any particle: its antiparticle. The only difference is that they have different charges.

Incompatible with each other, matter and antimatter annihilate from anything that can be seen: they do not disappear, but instead generate high-energy photons. In science fiction, these annihilations propel vehicles that travel at incredible speeds.

Only matter Although we think that at the beginning of the universe there were matter and antimatter in the same proportions, the only thing we have observed throughout the cosmos is only matter.

It is also true is that, if we could see them together, we would not distinguish them, since matter and antimatter emit the photons of light that would allow us to perceive them.

We have deduced that there are only particles of matter in the universe because, since they cannot coexist with antimatter at the same time, the fact that we are not continuously seeing cosmic collisions indicates that one of the two is absent. And the particles of matter we know positively that they are there: we know them very well.

And although we do not know completely what happened at the origin of the universe so that matter will dominate over antimatter, We persistently pursue antimatter because it could reveal new perspectives on how this supposed duel between the two material structures was resolved.

Dark side However, knowing that dark side of matter is very complicated, because when we have managed to manufacture it, nothing that encounters ordinary matter disappears.

Also, when we manage to retain it for a little while, it rotates at such a speed that we cannot catch it. It is as elusive as the very concept of antimatter.

The only way to study it is to reduce the speed at which it moves and we had achieved something in 2016: measure optical spectral fingerprints of antihydrogena feat achieved thanks to deceleration technology.

The results obtained then were spectacular: they tell us that hydrogen and antihydrogen are almost identical, but they have not allowed us to determine exactly what differentiates them.

For this reason, the possibility of understanding why matter dominated over antimatter in the formation of the universe has eluded us.

Secrets uncovered? A significant new step has now been achieved: scientists from the ALPHA collaboration at the European Organization for Nuclear Research (CERN) have succeeded in laser-cooling antihydrogen atoms, despite their elusive nature.

Researchers have long used lasers to cool other atoms and make them easier to study. The technique has now been applied to antihydrogen for the first time: it will allow considerably more precise measurements of its internal structure and of how it behaves under the influence of gravity.

Comparison of such measurements with those of the hydrogen atom could reveal the sought-after differences between matter and antimatter atoms. Such differences, if present, could shed light on why the universe is composed solely of matter.

Crazy things ‘The ability to laser-cool antihydrogen atoms is a game changer for spectroscopic and gravitational measurements, and could lead to new perspectives in antimatter research, such as the creation of antimatter molecules and the development of antimatter interferometry. atom, ‘explains one of the researchers, Jeffrey Hangst, in a release.

“Historically, researchers have struggled to cool normal hydrogen with lasers, so getting it with antihydrogen has been a bit of a crazy dream for us for many years,” adds Makoto Fujiwara, the first proponent of the idea of ​​using a laser. pulsed to cool antihydrogen trapped in ALPHA. “Now, we can dream of even crazier things with antimatter,” he says.

It refers to the possibility of creating it in the laboratory and, perhaps, of composing antimatter objects. A new frontier opens up to the most inscrutable technological horizon.