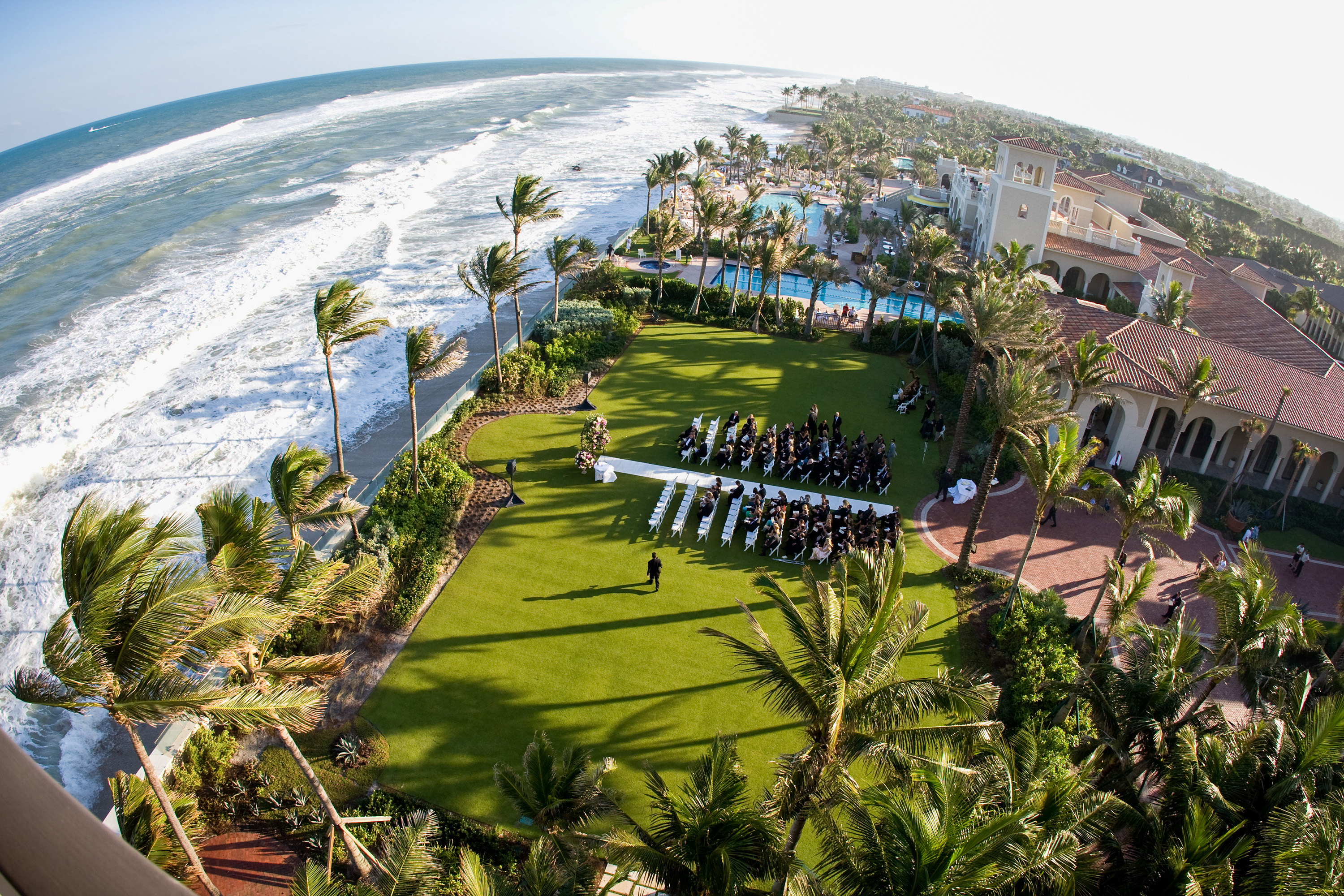 Palm-lined boulevards, exotic cacti and tropical vegetation, wide highways lined with luxury cars, trendy shops, large white apartment buildings overlooking the Atlantic, private houses and clubs with golf and tennis courses, open-air dining rooms and kidney shaped pools. For any reader this could be the generic image of a Hollywood movie, yet this opulent island called Palm Beach, it is much more discreet.

This corner of South Florida has one of the highest per capita income of the country and is one of the favorite retirement places of the billionaires of the United States, in addition to being one of the places where there is more white population: 95% of its about 9,000 inhabitants, compared to Latinos who represent 4, 6%, Asians who are 1.5% and African Americans who account for 0.7%, according to US Census Bureau data. “This island has always been for billionaire people who have endless money. Most of its inhabitants live off the inheritances of their wealthy families ”, he explains to ICON Design Laurence Leamer, Palm Beach resident, chronicler and writer specializing in American politics and society.

This privileged and hermetic place, which is an hour’s drive from the bustle of Miami, has never been touristy, or not until recently, as Leamer states that curiously in the last year the number of young millionaires who visit it has increased. . Palm Beach’s high season has always been in winter time, celebrities like Yoko Ono, Estée Lauder or politicians like Donald Trump own winter residences in this place, like Mar-a-Lago, the so-called ‘South White House’ that Trump acquired it in 1985, and that is now his permanent residence.

The gated community of Mar-a-Lago, in Spanish-Arabic style with salmon-colored walls, tile ceilings and lounges decorated in a motley eclectic style, was designed by New York architect Marion Sims Wyeth in the 1970s for the socialite Marjorie Merriweather Post, heir to General Foods. This residence was designed as a resting place for presidents, so privacy and comfort are prized here. “Donald Trump never leaves this place or his golf course, he never goes to dinner at anyone’s house or visits any restaurant, he is always in his palace … it is as if he said ‘I am the king of Palm Beach’. It does not go abroad and that is why it is not affected by the fact that there are inhabitants who, as in the whole country, hate or love it ”, says Leamer, also the author of Mar-a-Lago: Inside the Gates of Power at Donald Trump’s Presidential Palace.

“Palm Beach is an absolutely residential, exclusive, and elite area with mansions that have existed since the beginning of the 20th century. This place is empty in summer because it is very hot, in addition, the culture of air conditioning and not going out for a walk is deeply rooted there, so life is very individualistic, closely linked to creating your microclimate in your own home , garden and swimming pool ”, explains, for her part, Belinda Tato, Spanish architect who founded the studio Urban Ecosystem, and winner of the 2017 public space remodeling contest in West Palm Beach, the city that is located right across the island and belongs to the same county.

“The urban space in Palm Beach has a different meaning than other contexts. It is not like in many places in Spain, where public space is active. There most of the time you leave is by car, there is not much room to walk because the sidewalks are reduced to a minimum. People have bubbles that protect themselves. The car is the first bubble, then there are the shopping center, the mansion … ”, says Tato.

Even the concept of the beach is different from the idea of ​​these paradisiacal places. “In other parts of the world you have promenades, and the beach is linked to public space, however, this is not the case here. On the street that runs along the coast you cannot park anywhere, hence the mansions are practically guaranteed that no one can approach. In Palm Beach privacy is highly valued, the mansions are like a kind of islands within an island, each one with its own history ”, describes Tato.

Addison Mizner, an American architect who specialized in the Spanish colonial and Mediterranean revival style, is one of the professionals who designed the most mansions in Palm Beach. “He was also in charge of designing the interior and the landscaping. Its architecture tried to emulate past times, creating a historical local culture that still survives ”, explains Tato.

Mizner arrived in Palm Beach in 1918 and began working with his colleague Paris Singer, a resident of the island and heir to the famous Singer sewing machines. The two began designing the Everglades Club, a place that was originally designed as a hospital and refuge for soldiers returning from World War I. However, it soon became an exclusive social club that is still active. Mizner’s architectural heritage in South Florida is very important: his footprint is also seen in Boca Raton, a city a few miles from Miami where he lived and established his real estate agency Mizner Development Corporation.

There are also some references in literature and cinema that reflect the wealthy lifestyle of its inhabitants. Aerin Lauder, granddaughter of Estée Lauder, founder of the luxury cosmetics company that bears her name, published the book in 2019 Palm Beach, a kind of tourist guide mixed with anecdotes from his childhood on the island.

“When we got off the plane, my grandparents were always the first people we saw when we got to Palm Beach. My grandmother Esteé in white pants, Pucci top and straw hat, and my grandfather Joseph in an Oxford shirt (button down shirt) and blue jacket. My sister and I immediately ran into his arms. This is how all of our vacations began there, they would take us to their house and go directly to the kitchen where Esteé served each of us a glass of fresh orange juice in her beautiful blue glassware ”, says Aerin.

In this book, Aerin shows images of her extravagant residency accompanied by some quotes from famous stylists and celebrities. “Tennis, swimming, lunch, golf, drinks, dinner. The patio, the fishing, the drinks, the dinner, etc. ”, this is how the British photographer, dressmaker and designer Cecil Beaton describes his time on the island. In the mansion of the heiress to the Estée Lauder empire you can appreciate the stylish decoration Palm Beach, a combination of traditional designs, rustic furniture and vintage with pastel walls with leaves and tropical vegetation.

In the film The Palm Beach Story (1942), directed by Preston Sturges, also reflects the inordinate lifestyle of the inhabitants of this area. The feature film portrays the daily life of a woman with financial problems who decides to leave her husband and travel to Palm Beach to marry a billionaire. In the documentary Jeffrey Epstein: Filthy rich, from Netflix, which shows the police investigation of the financial magnate and colleague of Donald Trump implicated in sexual crimes, you can also see images of the homes and streets of Palm Beach, since Epstein had a residence just over a kilometer from Mar -a-lake.