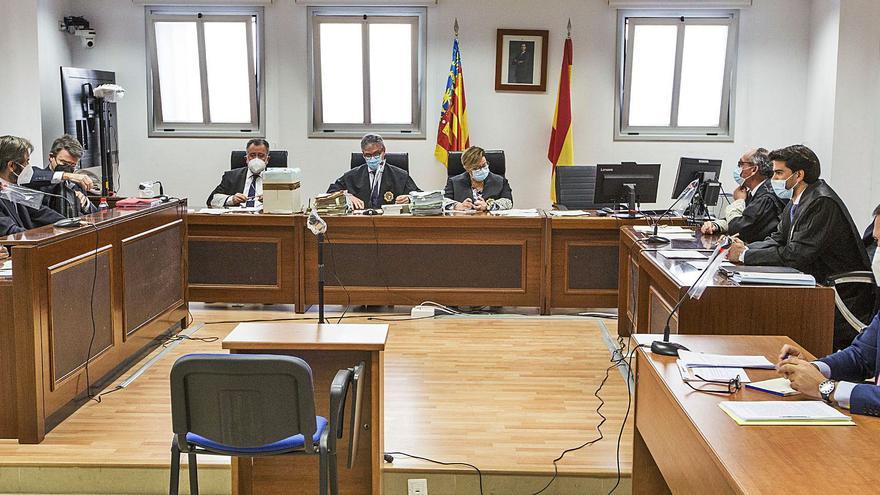 More than a year and a half after the ruling, the Tenth Section of the Hearing held a hearing yesterday attended by only the parties and none of the defendants. Alperi was accused of having defrauded the Treasury more than 682,000 euros in personal income tax during the years 2007, 2008 and 2010 for income of unknown origin; as well as a crime of improper bribery for the free mooring of your catamaran at the Marina Deportiva facilities. Next to him sat on the bench, the businessmen Antonio Moreno and Antonio Solana accused of having helped the former mayor to commit fraud by simulating business to justify the increase in assets; as well as the manager of the nautical facilities, Javier Palacio, for the mooring. All of them were acquitted in a sentence handed down by the Criminal Court number six of Alicante handed down thirteen months after the end of the trial.

The prosecutor stressed yesterday that from these simulated operations the former mayor of Alicante obtained an increase in assets that should have been declared to the Tax Agency, circumstances for which the Hearing could annul the ruling and issue a conviction. For the prosecutor, the guarantee that allowed Alperi to pay off a debt that the ex-mayor had with the Tax Agency is a simulation, because that money had the appearance of a loan when the reality is that it was never going to be collected; as is the fact that the businessman Solana appeared as co-owner of a catamaran bought at that time by the ex-governor, which was put in the name of a company without any activity. As for the mooring, he stressed that “it is not a favor to a friend. It is a gift that represents an important financial benefit. Mr. Solana, co-owner of the catamaran, had another boat and this one did charge him for it ».

The attorney for the State reviewed several of the contradictions in which, in his opinion, the sentence affects, such as that the judge does not believe that a society without assets and without workers is instrumental; or that Alperi maintains a debt with the businessman who endorsed him to pay what he owed to the Treasury, does not pay it and buys a boat the following year. Peñalver questioned the logic of the loan where there was 100% of losing money to obtain a profit of 3.25%.

For its part, the defense of Alperi, the lawyer Vicente Grima, stressed that “the acquittal was impeccable and in it there is no trace of procedural irregularity” to insist that there was no cause for nullity. The lawyer pointed out that both with the signing of the guarantee and with the operations with the ship “Mr. Alperi’s assets did not change. He only changed debtor ». Grima ruled out any bribery in the assignment of the mooring that was due to the friendship between his family and Alperi’s and not because of his position. Along these lines, he stressed that the ship was in the facilities when Alperi was no longer mayor of Alicante and was a regional deputy, “when Marina Deportiva is a concession from the Central Government.” In the same terms, the lawyer Alejandro Bas, who defends the facilities manager Javier Palacio, said that the transfer was due to a friendship relationship for decades and unrelated to Alperi’s political positions.