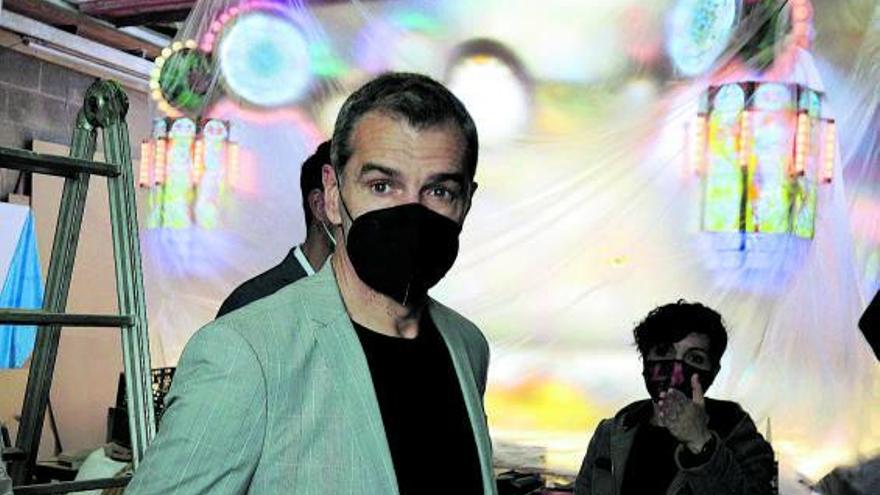 Except for a new script twist, since Citizens has offered three Murcian deputies who left Vox to join the censorship, the game remains open on the channel. He leaves the Government of Murcia with the broken party, has been expelled from Madrid and is heading for elections that could be held on May 4 and be the final straw.

The business is so ruinous for the Arrimadas management that the meeting of the Monday’s executive in Madrid is going to be a reckoning. If the Catalan hangover already led to Toni Cantó To face those closest to Arrimadas, Monday’s will be even more tense.

Party officials say it has gone from uncertainty to shock. There are regional deputies who assure that the party has committed suicide and others who believe that they have led it to implosion from Madrid. And meanwhile, the symptoms that the project has gone into decomposition are constant.

Cantó is one of the positions of Citizens that have more openly expressed their rejection of the motion of censure in Murcia and has been in favor of maintaining alliances with the PP. Last October he already assured in an interview with this newspaper that the strategic partner of Cs had to continue to be the PP. The Catalan Ombudsman is convinced that the party has its main fishing ground for votes in the center-right and that if it heals to the left, it will be shipwrecked.

And, while Cantó flags the critics with Arrimadas, other Valencian positions such as the national deputy María Muñoz have aligned themselves with the president. Muñoz defends that the action in Murcia despite the fiasco was necessary because the corruption situation was unsustainable. The differences in the parliamentary group of the Cortes are no longer hidden either., where those related to Cantó reproach him for complaining about the neglect of Madrid, which did not inform him of the censorship in Murcia, when he practices it with part of the deputies in the Cortes.

Deputy Jesus Salmeron made it clear yesterday: «Sad to read a classmate say that they do not give explanations. This is how we have been in the Cortes for several since we became deputies. Canceled by a few, by those same who today complain of a lack of internal democracy. In the blacksmith’s house, wooden spoon”.

The distance that has been opened between the group of those most related to Cantó, a dozen of the 18 deputies, led the Catalan Ombudsman himself this week to probe the support he has in case the conflict escalates and the Arrimadas leadership decide to relieve him as this newspaper reported yesterday.

The group Cs already broke the last legislature after the departure of Carolina Punset to Brussels and the rise of Alexis Marí to the spokesperson. Marí and three deputies ended up slamming the door loudly.

“I have no words,” Cantó wrote yesterday after learning about what happened in Murcia and after recovering on a visit to Castellón the critical discourse with the Socialists by stating that his party is “excessively optimistic” with the PSOE when historically in the Valencian Community they have agreed with Podemos and Compromís. “I wish I looked at the center, but that is very difficult,” he said.

“The suicide of a project so exciting for many that we have identified and worked for as many years as Ciudadanos cannot be this,” deputy Tony Woodward lamented. “It will also have consequences in the Valencian Community despite the fact that we do not govern and personally it is time to rethink even though it may be the end,” added one of the group’s veteran deputies.