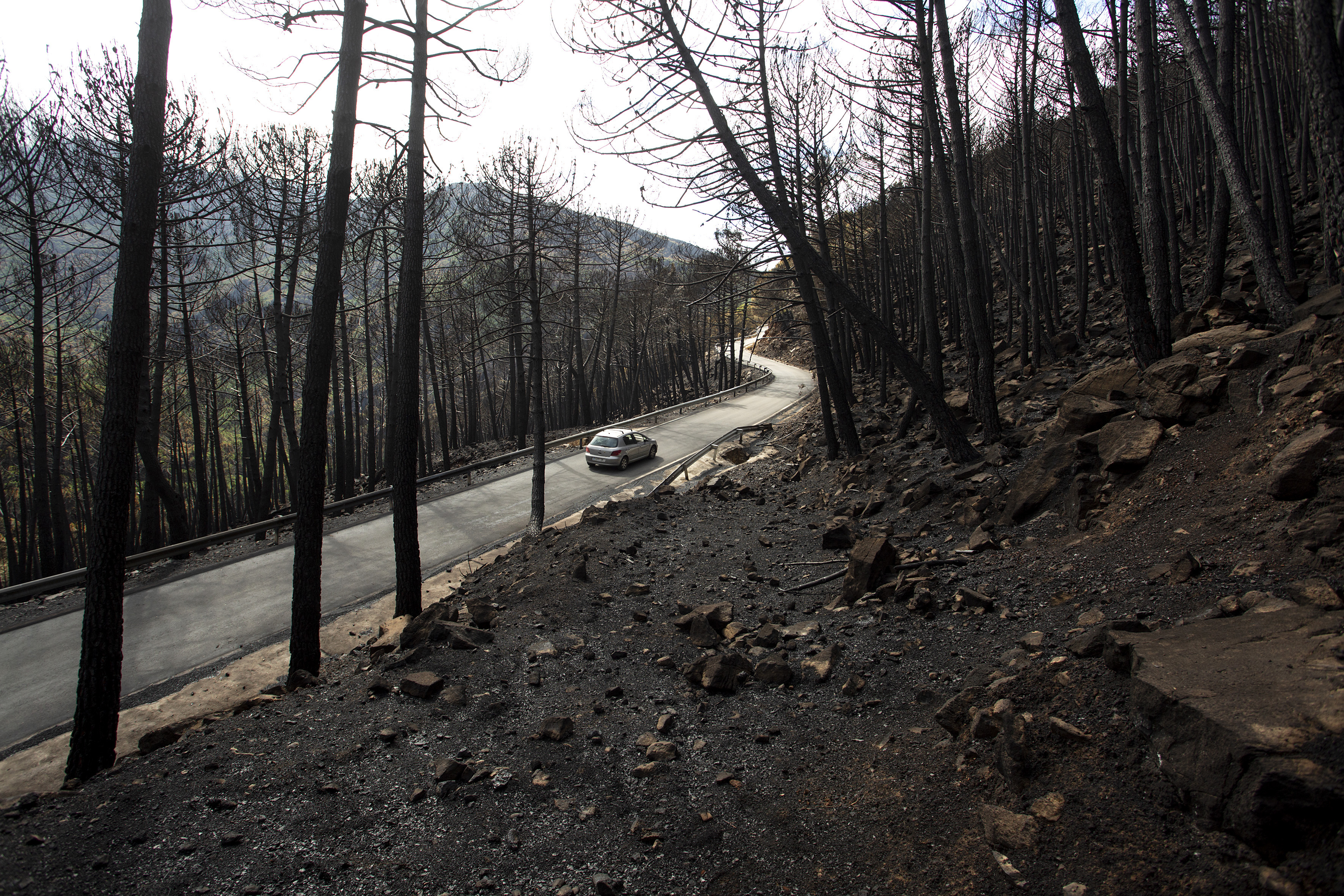 The Junta de Andalucía has declared the fire in Sierra Bermeja, north of Estepona (Málaga), extinguished. It has done so 46 days after one or more people, intentionally, started the fire on the night of September 8. Up to 1,100 troops fought against the special virulence of the flames, which ended the life of a firefighter, forced the evacuation of almost 3,000 people and devastated 9,581 hectares – according to the latest calculations by the Junta de Andalucía – until it could be controlled on 14 of September. Since then, Infoca teams have been working on the ground ever since to cool the subsoil, where the combustion devoured roots and dried peat, threatening to return to the surface, until it has finally been considered extinct. The investigation into who intentionally ignited the first spark is still underway by members of the Nature Protection Service (Seprona) of the Civil Guard, who carry out their work under judicial secrecy.

The fire has been one of the worst in the history of Spain. Called sixth generation, it acquired its own dynamics that generated pyrocumulus — clouds of fire — that made the flames uncontrollable and even created new outbreaks. The orography of the terrain and, according to some firefighters, the lack of maintenance of the forest roads and the firebreaks made the fight against the flames more difficult, which came to have more than a thousand troops on the ground and fifty aircraft from different points of Spain throwing water on the affected areas. “It has been a month and a half of very hard work. Thanks to all of you who have left your soul to achieve it and my memory of the deceased forest firefighter ”, stressed this afternoon the president of the Junta de Andalucía, Juan Manuel Moreno Bonilla, and Twitter, whose government announced a few days ago 4.6 million for the “emergency phase” of work in the burned-out area. “A fire that will always remain in our memory due to the loss of comrade Carlos Martínez Haro. Go for him our first thought at this moment ”, have indicated from the same social network in the Infoca Plan profile.

🔴 The extinction address is EXTINGUISHED at 7:00 p.m. today #IFJubrique, #Málaga. A fire that will always remain in our memory for the loss of comrade Carlos Martínez Haro. Go for him our first thought at this time. pic.twitter.com/yMPAXqzUlb

Finally, it was the rain that ended up quelling the fire on September 14, after six days of nightmare for the almost 3,000 people who were evicted from six municipalities in a region that hopes that the administrations land their promises of aid and asks that they be put the means so that the ecological disaster does not happen again. “We must lay the foundations that it is not repeated”, underlines the mayor of Genalguacil, Miguel Ángel Herrera, who believes that there is a great imbalance in resources between small municipalities like his, with 401 inhabitants, and those of the Costa del Sol “The basic problem is depopulation,” insists Herrera.

The latest figures made public by the Junta de Andalucía indicate that 7,300 of the hectares of calcined forest are publicly owned (78% of the affected land) and another 2,000 are privately owned. According to the administration’s data, most of the surface corresponds to Estepona, with 4,209 hectares, 43% of the total. In fact, the image of Sierra Bermeja from this coastal town offers a landscape where the color black has become the protagonist, displacing the green carpet that the mountain presented until late summer. In the municipalities of Casares, Jubrique and Genalguacil, more than a thousand hectares were burned in each one. The towns of Júzcar (654), Faraján (304) and Benahavís (0.22) were also affected. Part of the fir forest, of high ecological value and unique in the world, has also been burned. The Sierra Bermeja National Park platform estimates the loss at more than a thousand specimens, something that the Junta de Andalucía denies. “We are worse now than in 2011,” says Javier Martos, spokesman for the entity, who also criticizes the lack of ambition of the Pinsapo Conservation Plan promoted for a decade by the regional administration. “This is a unique species, in danger of extinction like the lynx and we have to dedicate great efforts to it, not like now”, highlights the person in charge.

The State Attorney General’s Office underlined in a document that the evidence pointed to an “intentional etiology” of the fire. The Seprona agents continue their investigation to find the author or authors who, next to the road that leads to Genalguacil, set fire with a lighter to a small pile of litter and pinecones in two points separated by a few meters to which they added an accelerating substance. The work of the investigators is declared secret by the Investigative Court number 3 of Ronda in order to protect the police actions and avoid any leak “that could frustrate” said work. Civil Guard sources underline the difficulty of reaching those responsible and, if it is achieved, it is also complex to accumulate evidence to obtain a sentence that could reach 20 years in prison because the fire was “dangerous to life ”By putting the inhabitants of the towns and the scattered homes in the area at risk, as explained by the Environment delegate of the Malaga Prosecutor’s Office, Fernando Benítez.