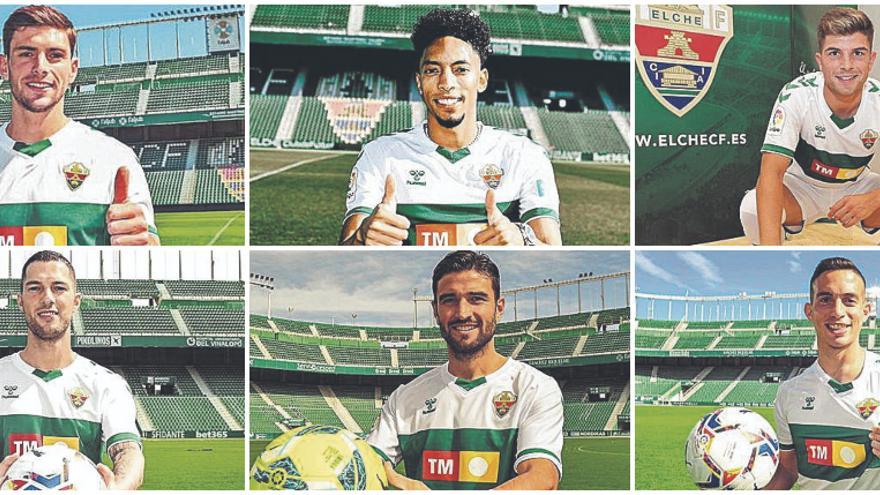 Most of them are being questioned, They are not giving the necessary redemption for the Spanish League and some have passed with more pain than glory for the Elche club, being forced to leave the French-green entity in the winter market.

Of the 17, very few, only four can be considered as true reinforcements that have raised the level of the squad. Undoubtedly, the best incorporation so far is being Lucas Boyé. The Argentine forward is the offensive reference, he has five goals in the League and one in the Cup and, in addition, he is contributing a lot to Elche’s game in attack.

Another of those who are standing out is the Colombian Johan Mojica. He arrived in January and since he landed he is the undisputed starter. It was not difficult for him to overcome Sánchez Miño and Koné, but he is showing good qualities.

Raúl Guti has the sword of Damocles on top of the five million that Elche paid to Zaragoza for his signing. But he is confirming that he is a very complete midfielder, both in the present and in the future. An all-terrain that has lacked company in the core and a game in which he got more in contact with the ball.

Tete Morente has been the bet that has surprised the most because he came from Málaga in the Second Division. Although injuries have slowed him down, he has shown speed, overflow and verticality on the wings. He is a good player who can give a lot as a green franj.

Iván Marcone was the great bet of Bragarnik and Almirón. For the Argentine center half, 5 million dollars have been paid to Boca Juniors. It started quite well, but with the passage of the games it has been diluted. Play in a small space of terrain and cover little in the center of the field. He was called to higher heights.

Something similar is happening to his compatriots Emi Rigoni and Guido Carrillo. The midfielder came from Zenit and was a footballer to make a difference. Lately it has been toned a bit, but it does not finish curdling. The forward has been punished by a knee injury that had him out for two months. He has been a starter for five games in a row and it seems that he is raising his level. But, also, more was expected.

Barragán is another player called to bring more experience. It was very irregular, it started well and it has faded, despite the fact that it was at a high level against Eibar. He has made mistakes in defense inappropriate for a footballer with so much baggage.

Of the rest of the signings, only Diego González has been playing more or less regularly. He arrived out of shape, unemployed after leaving Malaga, and he does not finish showing the footballer project that he was when he was in the Real Madrid quarry. On a defensive level, he has had gaps that cannot be allowed in the First Division.

Cifu knew that he was going to have the role of substitute and what little he has played has not been out of tune. Luismi has barely had minutes. Sánchez Miño has been the biggest fiasco. Koné sentenced Almirón and Lucumí was not to play in Spain. “Russian” Rodríguez lived in the shadow of Edgar Badia and Gazzaniga and Helibelton Palacios have not made their debut yet.