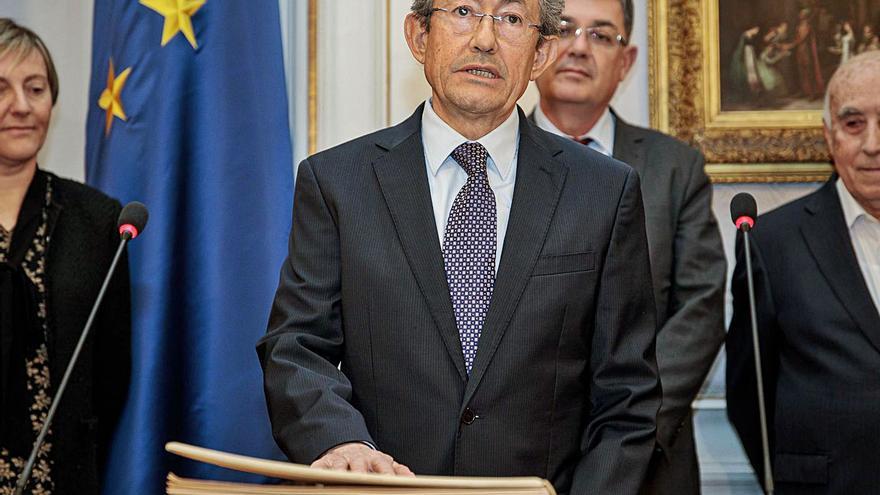 The plenary session of the Valencian Courts will submit to debate today and on Thursday to final vote the approval of the new legal framework that regulates the institution of the Síndic de Greuges, of statutory rank as it is contemplated in the Community Statute and currently held by the socialist Angel Luna. Everything indicates that the new legal framework will receive extensive support from the hemicycle since Cs has joined the initial pact formalized between the tripartite (PSPV, Compromís and Unides Podem) and the PP to promulgate this law. However, until yesterday, the deputies attached to the Commission for the Coordination, Organization and Regime of the Institutions of the Generalitat continued to exchange calls to close the last pending fringes. And, although until the last minute disagreements were registered on minor issues, only Vox maintained its position of frontal rejection of the new norm.

The inclusion of the requirement that the person holding the receivership must know the two official languages ​​of the Valencian Community was initially a stumbling block for those of Toni Cantó to support the initiative. What they demanded was that the linguistic requirement was not limiting, that is, that only those who could prove their command of Valencian had the option of holding the position, something that has not been the case in the end. That is something that would have left out, for example, the current Catalan Ombudsman, who, although the institution maintains that he knows that language and has oral expression skills, he does not have a certificate to prove it.

The deputy Mamen Peris (Cs) explained yesterday that other red lines that her parliamentary group was not willing to cross was to increase the attached positions from two to three, as the PP also rejected, nor that the Catalan Ombudsman could act as mediator before certain conflicts, because “he is the one who begins the file, instructs it and must be impartial,” said Peris. For his part, the PP deputy Fernando Pastor said that he will defend an amendment in today’s session that reflects the only important point with which they disagree. It is a matter of requiring that the person holding the Syndicate must spend two years without holding organic positions in parties or high positions in the Administration. “We do not understand that a person who is in public and will continue to be in public is banned. We are not talking about revolving doors in which the private sphere is mixed, “said Pastor, who, although he will take his defense of this matter to the speakers’ platform, will not be an impediment for his group to give the yes to the approval of the new law.

From Vox, deputy David García pointed out that the PP and the PSPV have used the Receivership as a revolving door while “the Síndic has to be detached from the parties and not have political debts,” among other aspects, so everything points to that they will not support the new law against which they came to present an amendment to the entirety.

The new rule broadens the Ombudsman’s powers and reinforces transparency since, as of its entry into force, the responses of the investigated subjects will be published on the institution’s website so that they can be accessible to the public. In addition, parliamentary control is intensified in the regulated procedure for the cessation of the two positions attached to the ombudsman, which from now on will require the favorable opinion of a three-fifths majority of the relevant commission.

With the new legal framework, the Catalan Ombudsman increases his mandate from five to seven years – non-renewable – and his appointment must also be ratified by three-fifths of the chamber, compared to the two-thirds necessary so far. For the first time, verbal complaints will be admitted and the institution is also given the specific power to urge the filing of appeals for protection, appeals for unconstitutionality and conflicts of jurisdiction with the Constitutional Court. Likewise, the regulations open a much wider range for possible institutional relations of the Receiver, incorporating, for example, the Agency for the Prevention and Fight against Fraud and Corruption, the Transparency Council or the European Ombudsman; entities and institutions that did not exist when the current standard was approved, more than 30 years ago.

Citizens tightens the tripartite: he wants him to prove his level of Valencian

The Catalan Ombudsman (Cs) in the Valencian Courts, Toni Cantó, has demanded that all the members of the Consell, from councilors and general directors to regional secretaries, as well as the rest of freely appointed public officials, to accredit their level of Valencian, «after trying to impose the linguistic requirement to all the civil service of the Valencian Community through the Law of Public Function». For the orange spokesman, “languages ​​should always be an incentive and an added value in the curriculum, as well as a nexus of cultural union, but never an ideological imposition used for discrimination,” Cantó said yesterday, criticizing that “the tripartite Valencian take to the extreme some linguistic requirements that could be failing a large part of the public offices of the Valencian Government ”. For this reason, Cs has required the certificate of knowledge of this language from all public positions appointed by the Government of the Botànic. «If it is shown that they do not have any accreditation, it would reveal the enormous hypocrisy and, above all, the serious sectarianism that prevails in the Valencian Executive, more concerned with expelling talent from the Valencian Community with this type of imposition than with work to get out of the health and economic crisis we are going through, “said the Catalan Ombudsman.