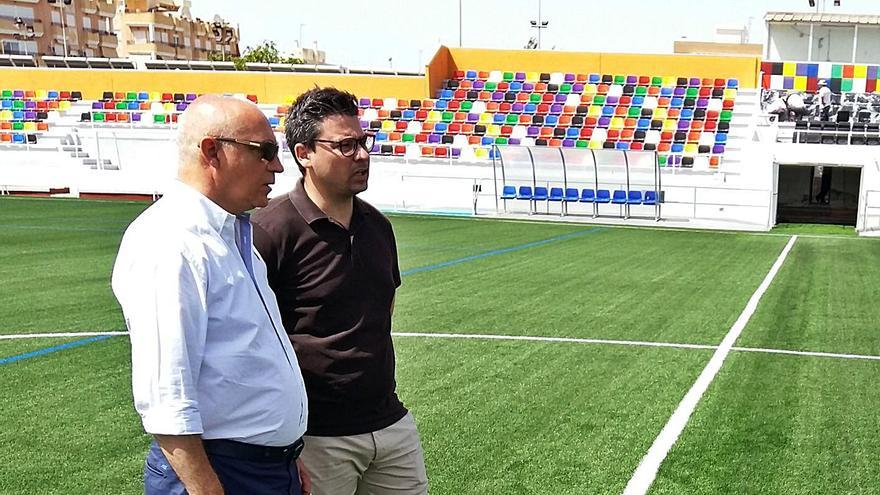 The mayor, the socialist Jesus Villar, has just swallowed a new rudeness and most of the group led by Jose Luis Lorenzo shows your muscle. And they have done so by requesting in writing that the former socialist spokesman, and recently stripped of the areas that were left to him, the mayor Lorenzo, presides over all the informative commissions that are celebrated in the City council. A gesture in which it is made clear who is really in charge of the government team and the lack of power to which the mayor has been subjected since the beginning of the mandate.

The decision of the socialist group supposes that the exportavoz recovers an important quota of power to be the representative of the socialist group in the informative commissions. They are usually convened before the plenary session, and in them, information is studied and given on the matters that are taken to the plenary sessions for approval. Each municipal group has a representative and their vote is weighted. This means that it is your vote that represents the ten PSOE councilors, including the mayor.

On February 26, the first mayor, in a coup, withdrew his powers from Lorenzo, citing a lack of confidence and with the intention of stopping the absolute division of the group. The mayor of the Presidency he lost all his areas in addition to the salary of a full-time councilor, one of the highest, and his attendance at the Local Government Board which, as the opposition denounced, he had not attended for several months or had partially attended. Thus, he began to charge only around 326 euros per month for attending plenary sessions.

With this latest movement of the most numerous side within the socialist group, in addition to regaining power in the City Council, Lorenzo recovers part of the salary by also charging 130 euros for attending each commission. Four commissions a month are usually convened at the City Council.

The new head of the Information Commission for the Mayor’s Office, the Presidency and the Interior is Lorenzo; and the alternate mayor, the Security Councilor, José Manuel Ferrándiz, who has just resigned from his role as Human Resources Councilor. Lorenzo also becomes the head of the Information Commission on Finance and General Administration, whose alternate will be Ferrándiz.

He has also been appointed as representative of the Socialist municipal group in the Information Commission of Territory and Infrastructures, whose alternate is the Councilor for Contracting, Jesus Arenas. He will be the new representative of the group in the Citizen Services Information Commission whose alternate is Isabel Candela, the councilor for Social Welfare; and of the Special Commission of Accounts. The latter usually meets once or twice a year to address municipal budgets.

The first mayor of San Vicente explains that “It is a decision that is the responsibility of the group and it has so decided”. And it points to the socialist spokesman to give explanations of why they have done it.

The current socialist spokesman, Jesús Arenas, has avoided giving explanations. Asked about the reasons why it has been decided to designate Lorenzo as the head of all the informative commissions, he explains that “I have nothing to say about it, it is a decision of the Municipal Socialist Group, as it had previously decided that another comrade would do it.”

The thunder box was opened on February 14. That day the councilor for Health, Education and Consumption, Belén Arques, announced his resignation. And he did so by making it clear that he was leaving due to the untenable situation experienced in the group. The one that was number 2 of the socialist municipal group and bet of José Luis Lorenzo, ended up criticizing his «runaway ego. I will never understand or support the criterion of the single thought ”, the iron control of what should be felt, thought and manifested, the “You are with me or you are against me”, depend on the emotional swings of a runaway ego, the continuous disrespect and disqualifications and the constant search for “conspiracy strategies” that do not lead to anything good and that only manage to weaken us as a group, “he said in the statement to announce his withdrawal and that has earned him a disciplinary file. Also to the mayor, a day later in another statement denounced the unsustainable situation of the group and its “disloyalty.”

Councilor Asuncion Paris has provisionally assumed the Department of Human Resources after the resignation of Councilor José Manuel Ferrándiz last Tuesday. But he will only hold the position for a few weeks. The mayor has announced a remodeling of the functions after the celebration of the plenary session on March 31 in which the new Socialist councilor who replaces Belén Arques who resigned on February 14 will take office. In the morning the new councilor will take office, Juan Antonio López Perona, in the plenary hall of the City Council. The plenary session will be at five in the afternoon in telematic format. Villar has to assign the areas of José Luis Lorenzo and those left by Belén Arques and the council from which Ferrándiz has resigned.