Warning: some details of this story can hurt the sensibilities of some readers.

This chilling account is from a young Ethiopian who told the BBC how she lost a hand defending herself from a soldier who tried to rape her.

The man had also wanted to force her grandfather to have sex with her.

The 18-year-old – who we did not name to preserve her identity – was admitted to hospital in the Tigray region of northern Ethiopia for more than two months recovering from her ordeal.

The conflict in Tigray – which erupted in early November 2020 when Prime Minister Abiy Ahmed launched an offensive to overthrow the ruling TPLF party in the region, after its fighters captured federal military bases – shattered his dreams and those of many. from his classmates.

Most of them, along with other families from their village, fled to the mountains, even after Nobel Peace Prize winner Abiy declared victory following the capture of Tigray’s capital, Mekele, by federal forces on 29 last November.

This is because the security forces launched an operation to go after TPLF members who refused to surrender, which has resulted in Reports of serious human rights abuses of Tigray residents. Authorities deny the accusations.

“No one can save you now”

The young woman and her grandfather decided to stay at their home in the city of Abiy Addi, about 60 miles west of Mekele, because it was difficult for them to travel far.

On December 3, the teenager said that a soldier, dressed in an Ethiopian military uniform, entered her home demanding to know where the Tigray fighters were.

After searching the home and finding no one, he ordered them to lie down on a bed and began shooting around them.

“Later forced to my grandfather a have sex with me. My grandfather got very angry and … they started fighting, “he said.

The soldier threw the old man outside and shot him in the shoulders and thigh. Then he returned to her and told her that he had killed him.

“No one can save you now. Take off your clothes,” said the soldier, according to the young woman. “I begged him not to do it, but he hit me repeatedly.”

Their fight continued for several minutes, although she was disoriented by the blows and in the end he became so angry that he pointed the gun at her and shot at least six times in the hand and legs.

“He left when he heard a shot from outside,” he said.

Fortunately, his grandfather was still alive, although unconscious, and for two days they remained injured in the house, too scared to seek help.

“There is no justice”

The teen’s testimony supports concerns about alleged rapes in Tigray voiced by Pramila Patten, the UN envoy on sexual violence in conflict.

He said there were “disturbing reports of people allegedly forced to rape members of their own family, under threats of imminent violence.”

“It was also reported that some women were forced to have sex in exchange for commoditieswhile medical centers reported an increase in demand for emergency contraceptives and tests for sexually transmitted infections, which is often an indicator of sexual violence in conflict, “he added. 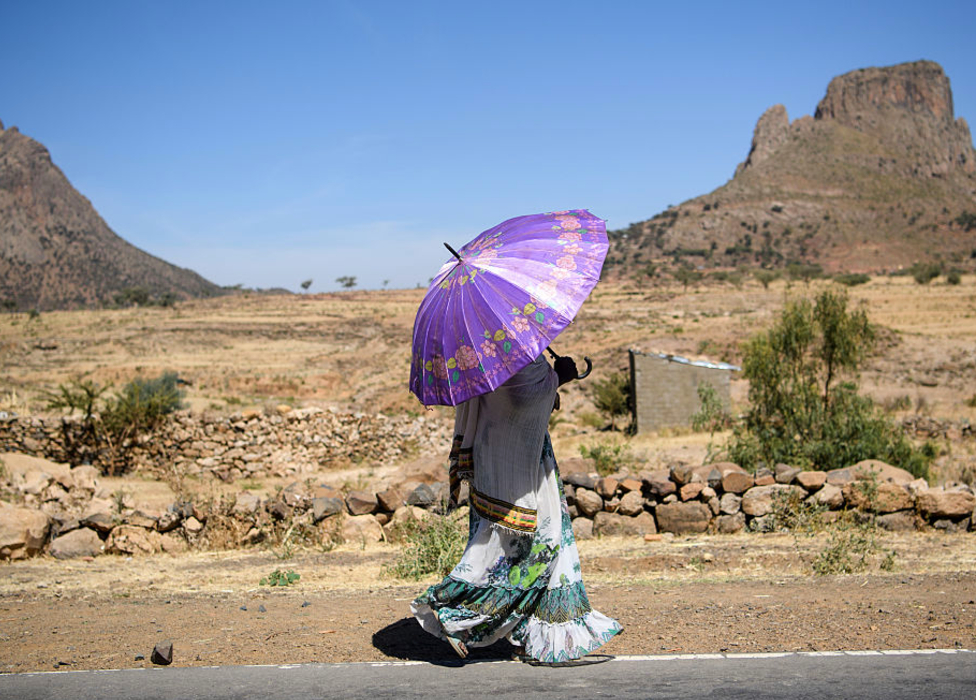 Many women were raped in Mekele. This is done on purpose to break people’s morale, threaten them and get them to give up the fight. ”

Three opposition parties in Tigray said that extrajudicial killings and gang rapes have become “daily practices” and also cite the case of a father forced to rape his daughter at gunpoint.

A doctor and a member of a women’s rights group – who wish to remain anonymous – told the BBC in January that they had registered between them. at least 200 girls under the age of 18 in different hospitals and health centers in Mekele, who they claimed there wasn been rapeds.

Most of them said that the perpetrators wore Ethiopian army uniforms and were later warned not to seek medical help.

“They have bruises. Some are even gang-raped. One was raped for a week. She doesn’t even recognize herself. And there is no police, therefore there is no justice“said the doctor.

“We have also heard similar stories of rape in other parts of Tigray. But due to transportation problems we could not help them. It is very sad,” acknowledged a women’s rights activist. 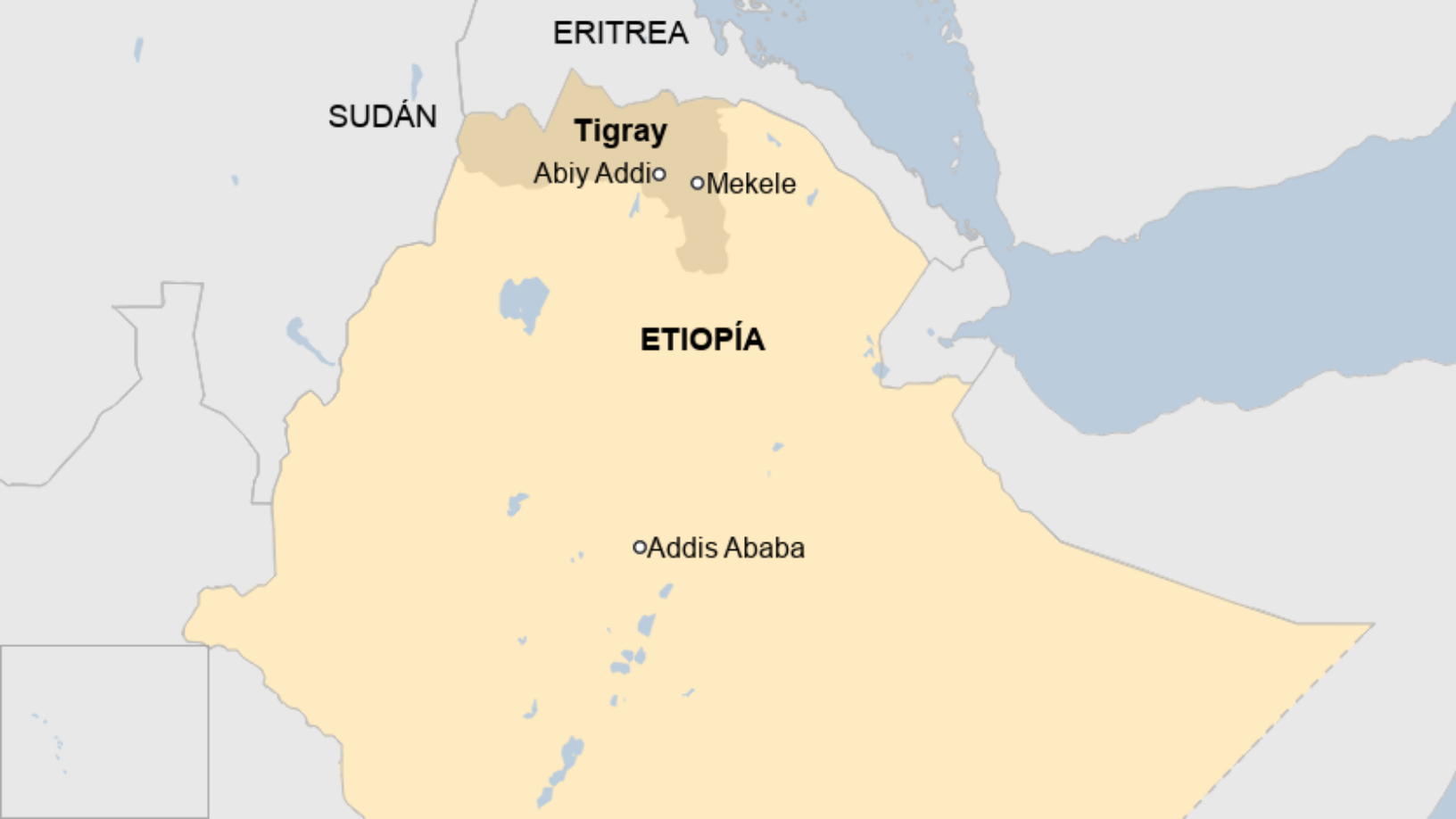 Another doctor who works at a hospital in Mekele recently said that five or six women a day come to the hospital looking for HIV drugs and emergency contraception related to alleged rapes.

Weyni Abraha, who belongs to the Tigray women’s rights group “Yikono” (Enough) and was in Mekele until the end of December, told the BBC that believes that rape is being used as a weapon in war.

” Many women were raped in Mekele. This is being done on purpose to break people’s morale, threaten them and make them give up the fight, “he said. 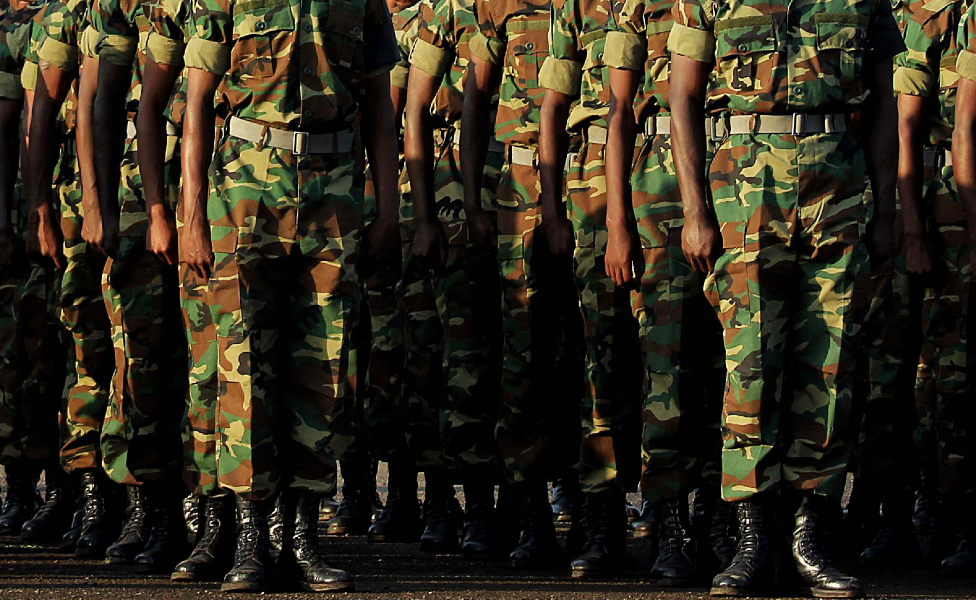 Our defense forces do not violate. They are not criminals … government forces have ethics and rules of engagement. “

The government recently sent a task force to Tigray to further investigate the allegations, including members of the health and women’s ministries and the attorney general’s office, who established that rapes were committed, although their full report has yet to was published.

Last week, the Ethiopian Human Rights Commission said 108 cases of rape had been reported in the past two months across Tigray, but admitted that “local structures such as police and health centers where victims of sexual violence would normally go to report such crimes are no longer in operation. “

“I wanted to be an engineer”

The BBC was contacted by a doctor about the case of the teenager from Abiy Addi after having her hand amputated.

She and her grandfather told her how two days after the attack they were found by Eritrean soldiers who were searching the area, although both Ethiopia and Eritrea deny the latter’s involvement in the Tigray conflict.

They said the Eritreans had tended to their wounds and took them with Ethiopian troops, who in turn transferred them to Mekele because the Abiy Addi hospital was closed.

The grandfather has already recovered from his injuries, but his granddaughter still needs treatment after the amputation. His right leg remains in a cast.

She spoke to the BBC from her hospital bed, crying for her lost dreams.

In her last school year before the war began, her goal was to go to college to study engineering and pursue a career that would allow her to care for her grandfather, who raised her since the death of her mother.

Her grandfather, beside her bed, reassured her while sobbing: “How can this be possible? I won’t be able to become what I thought I would be.”