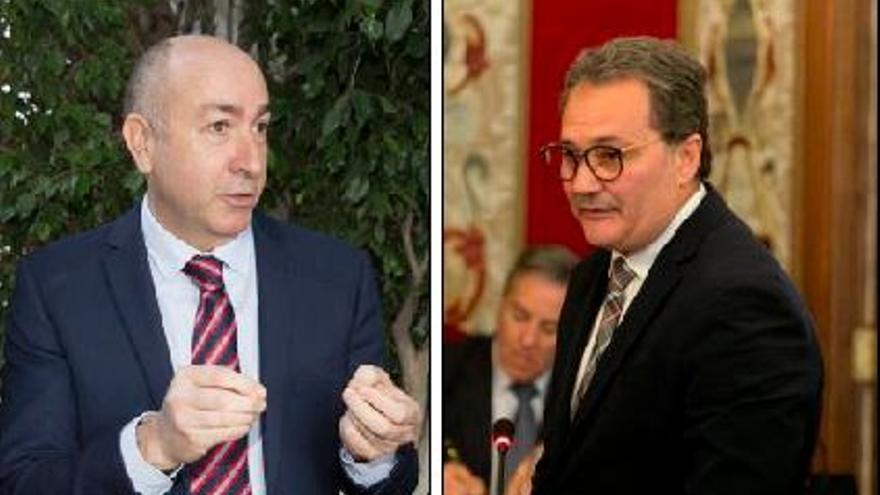 The first to start making his way was Alejandro Soler, who in his day championed the cause of sanchismo in Alicante, and who now little less than flirts with the possibility of offering his support to the current secretary of the PSPV-PSOE, Ximo Puig, if the abalistas end up planting a battle, becoming a kind of bridge between the ximistas and the abalistas, in exchange for being the successor of José Chulvi in ​​the province. An operation, on the other hand, that it seems that the Minister of Development and Secretary of Organization of the PSOE, José Luis Ábalos, did not sit well at all when he learned of these movements that in certain socialist sectors are interpreted simply and flatly as a political survival strategy , If it were to take hold, this will end up translating into keeping the seat in Madrid at a time when his Sanchista influence has been diluted, it ends up translating into a race towards the Alicante Provincial Council. The position of provincial secretary would directly allow him to enter any list, whatever it may be.

So much so that he has already begun to move, with meetings that have taken him practically throughout the province and trying to build bridges with all sectors. There is the act that was held at the end of October in l’Alfàs, where the position of assistant secretary of Municipal Policy of the Federal Executive even gave him the possibility of closing the act. Everything, moreover, when Chulvi has not yet ruled on its continuity and in its day it was the bet of Ximo Puig, and, when, in addition, the name of the socialist spokesman in the Diputación and mayor of Alcoy, Toni Francés, has also begun to sound strongly in recent weeks as an alternative in the province.

More recent, however, has been the turn of Francesc Sanguino. From being the candidate of Ximo Puig in the city of Alicante, he has gone on to sell himself as a converted sanchista who affirms that he intends to turn the party around if he takes over from Miguel Millana. Something that in socialist circles has been taken practically as a joke, and that is interpreted as a strategy – wrong, they say -, to gain notoriety even if that ends up becoming the trip to nowhere. On the one hand, because that has served so that there are those who question more a work of municipal spokesperson that is already very questioned. On the other hand, because sanchismo is quite residual in the Alicante group, Ángel Franco continues to have control of the assembly and, at the time, bridges have begun to be built between the group of the former senator and that of Eva Montesinos. “It shows a total ignorance of how the PSOE works at an organic level”, argue some voices from the Alicante group.

From the game, not in vain, they believe that both one and the other are missing the shot in a situation like the current one. They have not been able to interpret the times, much less the social moment, especially since the figure of Ximo Puig is listed on the rise and, as if that were not enough, the pandemic has served so that the head of the Consell and the President of the Government, Pedro Sánchez , have taken the opportunity to give many samples of harmony. To the point that the chief executive chose Valencia as the first city in which to present the Recovery Plan for the Spanish Economy last week. For that reason, and for what it supposes with which it is falling that, instead of being centered one in the Congress and another one in the City council of Alicante, they are in other things. With a nuance: they believe that Sanguino’s operation is born directly dead and that of Soler may end up dying.