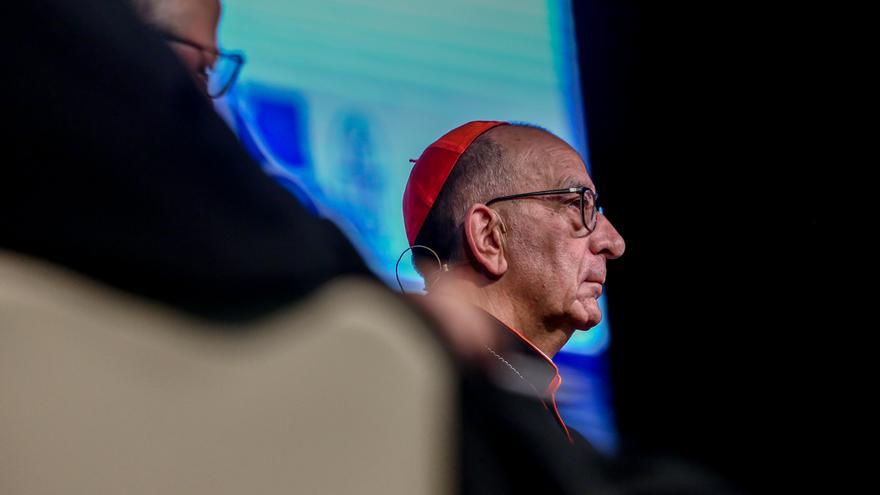 The Cardinal President of the Spanish Episcopal Conference (CEE), Juan Jose Omella, expressed his desire to clarify the abuses in Spain but denied “for now” resorting to an independent commissionHe explained at a press conference after meeting with the Pope in Rome.

“Faced with the issue of abuse, we all feel the great pain of that fact in the midst of society and the desire at all times of our closeness, of all the bishops, that we have established commissions in each diocese, to collect complaints, accompany those people who feel injured and prevent those things from happening again in the future“said the archbishop of Barcelona as well.

Omella, who spearheaded the trip “ad limina” of the second group of Spanish bishops to the Vatican, He thus referred to the investigation of the Spanish newspaper ‘The country’, which collects 251 cases of abuse in different dioceses and which has ended up in the attention of the pontiff.

The president of the Spanish bishops explained that the report has been sent to all the country’s dioceses and religious, because there are alleged abuses committed in schools, and that “they are responding little by little” but also asked the newspaper for data.

“All the dioceses are responding little by little. They have responded to ‘El País’ asking him to send data because in some there is no data. (If) there has been an accusation of a priest or a religious, say who it is and we will investigate, “he said.

In any case Omella refused to follow the example of other countries such as Portugal, whose Church has commissioned the investigation of the abuses to an independent commission, and defended the strategy that each diocese is in charge of studying complaints.

Also Read  World Alzheimer's Day: why those with the disease communicate worse (and how to improve it)

And he assured that he has the support of the pope and l2nd Congregation for the Doctrine of the Faith of the Vatican. “It seems to us the closest treatment to people, because it is difficult to go to Madrid and it is easier in the place to be able to carry out that investigation and that support of people. We have to put all the means and we are clear about it,” he said.

In this sense, when asked about the possibility of implementing this commission, he respondedHe said: “Not at the moment because as it is already in each place, multiplying entities without necessity I think it is not necessary.”

Avoid an ideology that “polarizes”

“Portugal does what it sees fit, such as France, Germany or Italy … we are in contact with the Holy See with its protocols and they have found it good. If there is any difficulty then we will see it as we go, “he settled.

The Archbishop of Valencia, Antonio CañizaresDuring the press conference, he accused the newspaper of “reporting without giving details”, visibly irritated.

At meeting of the Spanish bishops -Catalans and Valencians- with the Pope, issues about the political or social situation in Spain “at a general level” came up, such as the migratory phenomenon and “knowing how to welcome and integrate all immigrants,” Omella said.

But they also spoke of the situation in Catalonia and the need to tackle “political polarization”.

“Our fundamental duty (as a church) is to make the Gospel present in our environments, dioceses and society and we must avoid any ideology that could lead to polarization”, said the Archbishop of Tarragona, Joan Planellas.

Also Read  I wanted to brake and accelerated. I do not remember more »

And I add: “We must avoid any ideology that could lead to polarization. Political polarization is there and we have to heal these wounds.”