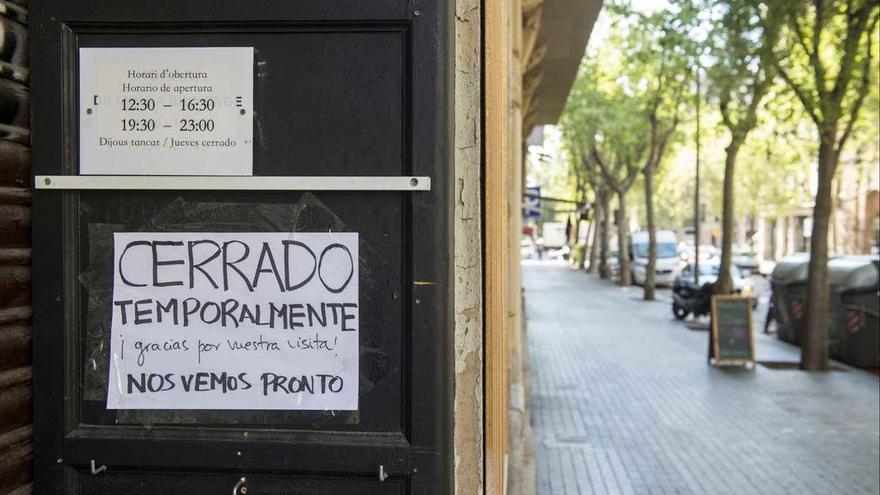 After a spectacular 16.7% rebound in the third quarter and the end of the recession, the Spanish economy contracted again in the October-December period with an average decline of 0.8% as a consequence of the second wave of the coronavirus. Although the Bank of Spain The forecasts have slightly improved compared to those made in September for the 2020-2023 period, these are far from the 2.4% rise predicted this week by the Minister of Social Security, José Luis Escrivá, thanks to the employment pull.

“The recovery has slowed down significantly” in the fourth quarter, but with less deterioration than in the euro area as a whole, since in Spain the second wave began earlier and measures to alleviate it also. There has been “an obvious slowdown, without a crash”, as happened in the second quarter, according to Óscar Arce, General Director of Economics and Statistics of the Bank of Spain. The range of decline in the fourth quarter between a rise of 0.6% and a collapse of 3% would translate into a year-on-year decrease between 8.6% and 11.6%. The central scenario of a quarter-on-quarter decline of 0.8% still translates into a year-on-year drop in the period of 9.8%.

The issuing institute, which for the first time is its prospecting, incorporates the impact of European funds of reconstruction ‘Next Generation’, of which Spain will correspond to 140,000 million euros in six years, estimates that the fall in domestic product (GDP) this year will move in a range between 10.7% in the most positive case and 11.6% in the worst case and growth in 2021 between 4.2% and 8.6%, with a baseline of 6.8%.

The central hypothesis, which means that there will be outbreaks similar to the current ones, anticipates a fall of 11.1% this year and a rise of 6.8% next year. This is an improvement compared to September due to the downward revision of the price of oil and lower financing costs. In addition to the central assumption, the issuing institute uses another that it calls “soft”, which would mean a more favorable evolution of the covid in the first quarter of 2021 and another “severe” one, with a rebound in the pandemic in the short term and a greater impact on activity. The study insists on a high degree of uncertainty, not only due to the epidemic but also due to geopolitical variables such as ‘Brexit’ or the change in policy with the change of the US presidency.

The analysis highlights that the unemployment rate will increase “sharply” this year, to stand somewhat below 16% in the central and mild scenarios, and somewhat above this figure in the severe scenario. The beginning of the decrease of this variable towards the second half of 2021 “would not prevent that, in the average of next year, an increase with respect to 2020 is registered in all the scenarios considered.” In fact, the range that is handled for 2021 moves between 17.1% in the most benevolent scenario, 18.3% in the central one and 20.5% in the most pessimistic one. According to the Bank of Spain, “at the end of 2023, the unemployment rate under the central scenario, a level somewhat higher than that prior to the pandemic, and would be about three points higher in the severe scenario “.

The study estimates that the resources from the European Union will contribute an additional growth of 1.3 points in 2021 and 1.8 points in the period 2021-2023. In any case, the Bank of Spain estimates that the absorption of these resources over the next three years will be less and more gradual than that foreseen in the General State Budget project for 2021, but greater than that which has been carried out historically with the structural funds (82% of the 72,000 million between transfers and credits compared to the 100% foreseen by the Government).

A substantial part of the differences in GDP decline and growth in 2021 are explained “by the different terms of vaccination of the population which, among other consequences, give rise to a different rate of recovery of activities that involve more social interaction and, in particular, those related to tourism. “The Bank of Spain highlights the improvement in mobility, but not in total spending of families in the final part of the exercise, with the exception of the one carried out ‘online’ with a card.

According to the Bank of Spain, the restrictions deployed with the second wave have affected activity. “In Spain, the reintroduction of containment measures occurred earlier than in other surrounding economies, in line with the earlier nature growth, which also explains why the likely slowdown in economic activity between the third and fourth quarters is comparatively less marked than in the euro area as a whole, where the quarter-on-quarter contraction in GDP forecast for the last quarter of the year under the central scenario it is considerably higher (2.2%).