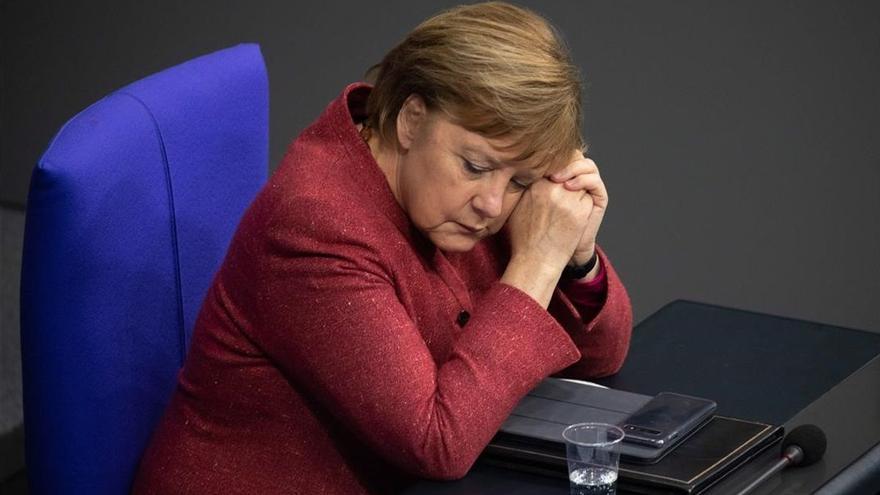 The truth is that some seem like Scrooge taken from the spirit of past Christmases, and the present ones do not look better. The minister leaves Badly, O Fernando Simon, saying that communities must reinforce anti-covid measures to avoid the feared and announced third wave; and the president of Madrid, Isabel Diaz AyusoHe cannot avoid it, he lacks time to position himself against, or in front, as you want. Madrid having one of the highest accumulated incidents (AI) in all of Spain, and rising. While others are thinking about how to restrict mobility and social gatherings these Christmas days, President Ayuso has said that she is not planning to “ruin shops, or close the hotel business, or affect the economy more and more.” In the opposite direction to that followed by European countries and the rest of the Spanish autonomous communities. Angela Merkel crying when he gave account of the number of daily deaths from the pandemic in his country. That happens because Merkel does not think about what the leader of the capital does. He does not cry, but neither does his leader reproach him, Sánchez does.

The government of the Judiciary has agreed, by 16 votes to 5, to address Congress – which, I say, should continue to be the seat of popular sovereignty – to collect information from General Council of the Judiciary (CGPJ), that is to say to themselves, about the reform with which the PSOE and Podemos intend to limit the appointments that the CGPJ can make while it is in office. Since two years ago. This is the spirit, and popular sovereignty, of the Christmases in the past asking for accounts and saying what they have to do, to the Christmases present on the Christmases to come. This more than the Christmas Song, it seems the milonga of Christmas long past. The opinion of the Council is very clear: until this week they have continued appointing magistrates of the National Court, provincial and regional Superior Courts, as if nothing were the case. They want to procrastinate the spirit of Christmas to come. Don’t panic, that just means putting it off. One more year of the several that it takes. The right, also the judicial, spend their lives procrastinating.

Thank goodness that wise men, O Santa ClausThey are going to leave us some beautiful vaccines, which is not little for the year that we have been. If we cannot celebrate Christmas as we wish on these dates, we procrastinate them and celebrate them coinciding with the Easter holidays, and the Bonfires because by then it will be official, I say, the immunity of herd, group, national, or whatever you want to call it. Of course, before we have to pass the Catalan elections in February. In which all parliamentary speakers think, even if they do not confess it.

Have a happy 2021! As soon as we do our best, it will be better than the one that now ends and, above all: Peace on earth to women and men of good will! They are legion.