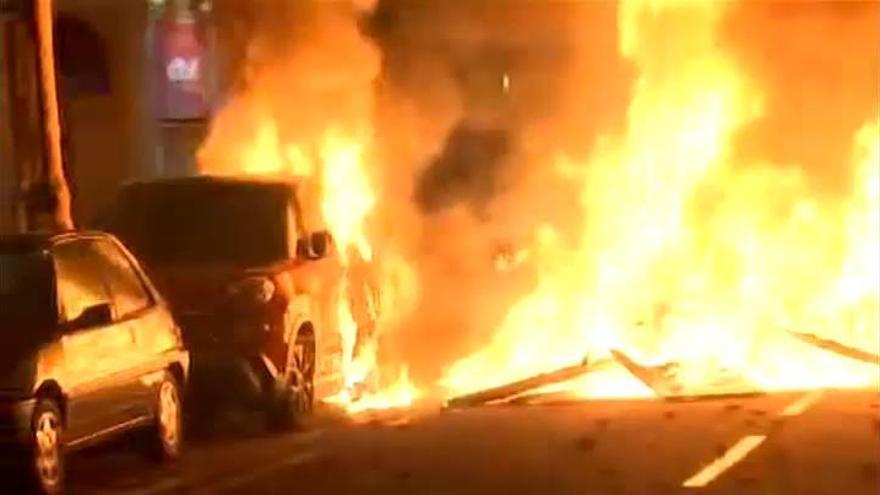 Since then, not a revolt without its Jon Manteca. Protests of all kinds have been characterized by including, behind the barricades, elements unrelated to the fact claimed. Nothing new so far, although we have to admit that Manteca had the charm of the surprising and still retains the romantic evocation of nostalgia. Despite his physical limitations, he ran like the devil in front of the police. Four appearances on the newscast at three in the afternoon brought him glory that winter of ’87 and an entry on Wikipedia three decades later.

He wasn’t even a student, but Cojo Manteca (that’s what the media of the time called him without regard for inclusive language) achieved a cover of the ‘Herald Tribune’, an appearance in the ‘New York Times’ and the fleeting fame that today It would have opened the television sets wide for him. Nine years after that, in 1996, forgotten by all, the Cojo Manteca died of AIDS in a hospital in the Vega Baja of Alicante. Despite its sad end, and turned into a false legend of a street hero who used his crutches as a shock weapon, the mob that today tries to burn a van with an urban guard inside invokes the spirit of Lame Manteca and acts in the name of his I remember in the absence of another hero without cape what to look at. But the truth is that Manteca was dedicated to bursting demonstrations whose reason for being ran the risk of losing consciousness.

Those that have occurred in recent weeks in Catalonia have completely lost it. The same has happened in the rest of Spain. It is surprising that with the dramatic effects that the pandemic is causing among young people, the scandalous numbers of youth unemployment, the psychological effects of confinement among adolescents, the loss of quality in secondary and university education and the lack of prospects for this luck of the “no future” of pandemic education, the figure of Pablo Hasél continues to be invoked exclusively to justify the protests. As if there were no other more powerful reasons.

Little was obtained from the student strike of 1987, which demanded the elimination of Selectivity and the reduction of university fees, but those revolts forced the Government to negotiate, stopped the Teaching Staff Statute, eliminated some fees of the old BUP and COU and scholarships were increased. The Minister of Education resigned the following year.

Faced with that, it is not that the riots of 2021 lack a peculiar reference that focuses on the message of those who take to the streets. Quite the contrary, the supposed defense of freedom of expression has disappeared from the protest table as the robbery of luxury stores in Barcelona has increased and the media, notaries and executors of that same freedom of expression were attacked. the violent girl claims to defend. Jon Manteca would have been unable to achieve by himself the few achievements that those students of ’87 obtained from the Government without some ideas to sustain them and without some demands raised from more to less to reach average terms of agreement.

Of those street riots of 35 years ago, only the spirit of Cojo Manteca remains. The type of claims that protected the actions of that character run the risk of disappearing. The point is that all the vandals who are busy setting fire to the containers today are individuals with crutches who no longer remember in which Hugo Boss store they forgot the banners. There are already more Juanes Manteca than protesters. Today they are all Jon Manteca.