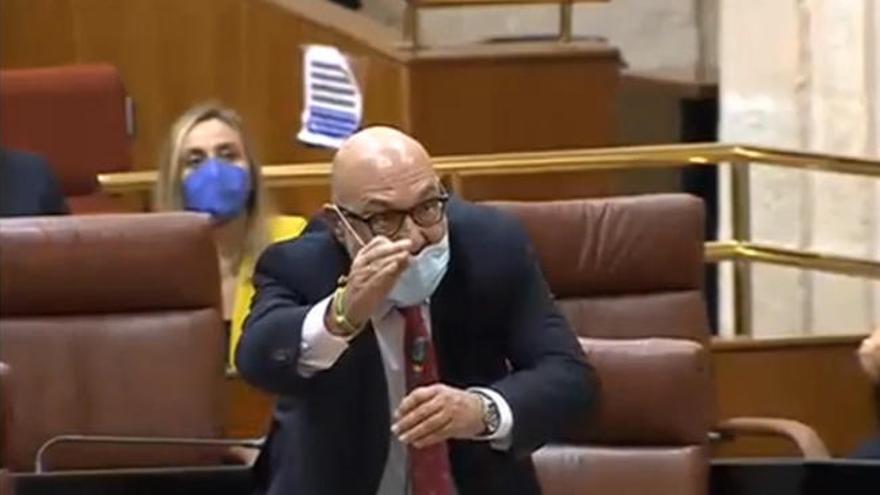 The Andalusian president, Juanma Moreno, and the leader of the PSOE-A, Susana Díaz, have starred this Thursday in the Andalusian Parliament in a tough debate on account of Bildu, ETA and the “heirs” of the Franco regime, an allusion to Vox that has caused his spokesman left the chamber, notably outraged.

The scuffle has occurred in the executive control session in which Díaz has asked about the mobility restriction measures of the Board on the pandemic and has questioned the usefulness of the budget to face the health and economic problems of Andalusians.

Díaz has demanded that the president clarify whether when the 2021 budget, agreed with Vox, comes into force, problems such as closed health centers, endless queues, the collapse of the emergency room, and that a reasonable period of PCR testing is available.

“If we don’t protect health, with this lower budget, it will be difficult for the economy to rise, “he warned.

Moreno has replied asking if with the budgets that “has agreed” the PSOE with Bildu “we will have more resources” communities for health, education or to solve economic and employment problems.

In addition, he has reproached the socialist who has presented an amendment to return the Andalusian budgets and that “he did not want to collaborate because I did not want to support them under any circumstances “, what he has described as “incomprehensible”.

In response, Susana Díaz has accused the president of “pay the toll of the extreme right” in the fight against sexist violence and has asserted: “The PP, when it does not govern, dynamites the institutions and loses its memory.”

He then recalled that Aznar opened the dialogue with ETA and that Maroto defended his pacts with Bildu, to then maintain that Pedro Sánchez “He has not agreed with Otegi”, but that Moreno “has embraced the heirs of the Franco regime in Andalusia.”

After this statement he has asked indignantly and insistently for the floor the spokesperson for Vox, Alejandro Hernández, demanding that the President of Parliament, Marta Bosquet (Cs) attend to him and not ignore him.

Bosquet has not given the floor to the leader of Vox, who with ostensible anger has exclaimed, “Fuck it, fuck it, fuck it, man” and, after tapping the microphone, he left the hemicycle.

The president has closed the tense session accusing Díaz of accept by “submission or survival” Bildu’s relationship with the Sánchez Government.

“Bildu are the heirs of ETA, they continue without condemning the violence, their mayors continue to encourage against the victims and, if there was a community that paid a high price in blood for the terrorists, they were the Andalusians, “he denounced.

Moreno has also asked Díaz that, for “dignity to the memory of the socialist militants, to that of Alberto Jimenez Becerril and his wife”, murdered by ETA, he should condemn that a party “heir to ETA supports the Government of Sánchez and it is agreed unnecessarily.”