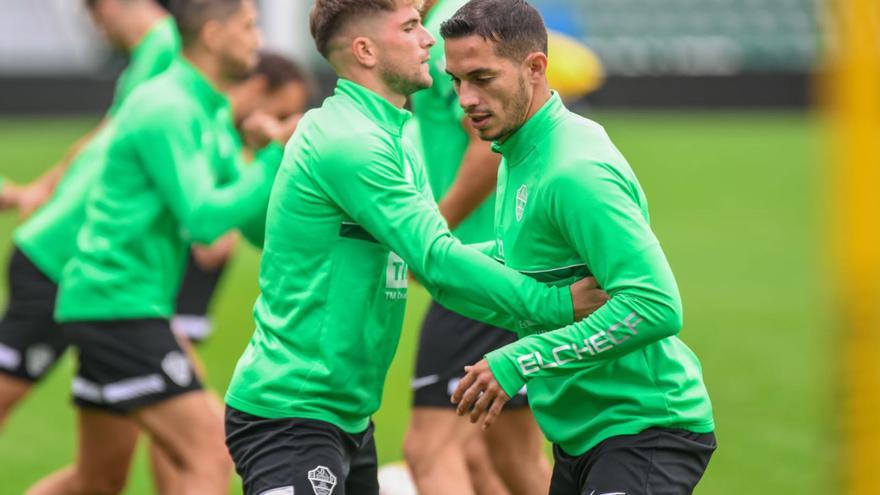 In fact, the club has scheduled all training sessions this week behind closed doors. On Monday – there was a break on Tuesday – on Wednesday and Thursday they were held inside the Martínez Valero stadium. Today, Friday, the session has been announced for half past ten in the morning, at the Díez Iborra field of the Juan Ángel Romero Sports City.

The house’s physical trainers, Manolo Sempere and Fidel Agulló, the goalkeeping coach, Miguel Escalona, ​​and the analyst, Óscar Suárez, have been joined in recent days by Pablo Manusovich, who was Almirón’s assistant in the Argentine coach’s stage on the franjiverde bench and who in recent months was performing functions in the technical secretariat. Manusovich, brother of the ex-green-forward left-back Damián «El Russo» Manusovich, is a person of full confidence of the owner, Christian Bragarnik, who has asked him to put on his tracksuit again and help in the team’s preparation in these days of absence of a coach.

The owner of the club assured yesterday that he maintains direct contact with the players and that, despite not having a first coach, the squad is working “very well.” «They are not doing four little runs as it may seem, because there is no coach. They are preparing intensively the match against Osasuna, “he said.

If finally Elche does not hire a new coach before the weekend, as it seems that it will happen, Manolo Sempere and Pablo Manusovich will be in charge of directing the team at El Sadar. In addition, Bragarnik also commented yesterday that the club has several people who have the license to lead the team, if necessary. One of them is the subsidiary’s coach, René Martínez, who despite not having been in the first team’s training sessions this week, could travel to Pamplona.

Along with Sempere and Manusovich, Óscar Suárez, who is also in charge of studying rival teams, will play a fundamental role when it comes to studying Osasuna and making the approach to Monday’s meeting. Suárez has arrived this season at the Elche club and, among other functions, he is in charge of recording and analyzing training sessions and games.

For the clash on Monday, Elche will be able to count on the entire squad. The only doubt is the physical condition of Fidel Chaves, who suffered a small fibrillar tear during the match against Mallorca and missed last Sunday’s game against Betis.

The Huelva winger is in his third week of recovery and could be in time to play against Osasuna. In any case, the group from Elche faces three games in seven days (Osasuna, Leoia in the Copa del Rey and Cádiz) and the intention of the medical team is not to risk with Fidel.

The possible starting eleven is this week an unknown more than ever due to the lack of a first coach to make the decisions. At first, everything indicates that the starting team is going to be determined by consensus among all the coaches who have been alongside the players in recent days and are the ones who have seen them the best.