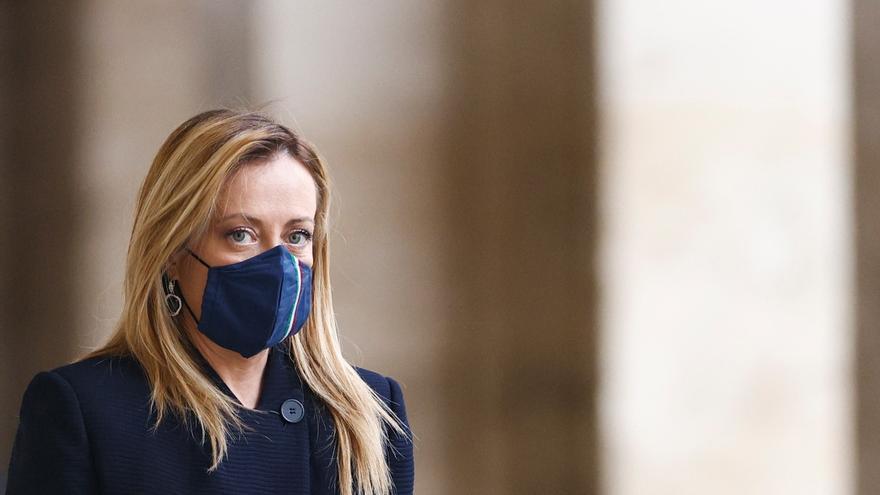 His party, founded in 2013 under the name of Fratelli d´Italia (Brothers of Italy)– words that appear in the national anthem, is almost equal in voting intention with that of Matteo Salvini.

While the Lega of the former Interior Minister and until recently a hero of that sector of the electorate suffered a sharp decline in the last European elections, Fratelli d’Italia seems to rise like foam.

His popularity among people who vote for the right is due, among other factors, to the fact that he is not a chameleon like Salvini, who, although previously thundered against the European Union, is now one of the supporters of the government of the determined Europeanist Mario Draghi .

Meloni not only does not shy away from the polarization of Italian politics, but feeds it with his rhetoric and his refusal of any compromise with the populist left of the Five Star movement, which is also part of the current Government of Rome.

Paolo Berizzi, one of the best-known journalists of the Italian newspaper The Republic, who lives with a police escort due to the death threats he has received, has denounced the links between Fratelli d’Italia and the fascist legacy.

This is how he has said that in October 2019, prominent members of that party met at a dinner to celebrate one more anniversary of Benito Mussolini’s march on Rome, of which next year marks the first centenary.

In Verona, according to Der Spiegel, the youth branch of Fratelli d’Italia, Gioventù Nazionale, had words of remembrance for the Belgian fascist Leon Degrelle, that was official of the SS hitlerianas and ended his life in Spain.

A mayor of that party inaugurated in the town of Affile, near Rome, a monument in memory of the fascist Marshal Rodolfo Graziani, known for the massacres that his troops organized in both Libya and Abyssinia during the Italian colonial occupation.

There are also close ties between Meloni’s party and the far-right fascist movement CasaPound , a name that he bears in memory of the American Ezra Pound, an admirer of Mussolini and as inspired a poet as he is fiery anti-Semitica.

Although both Meloni and Salvini deny having anything to do with fascism today and proclaim themselves liberal republicans, the reality is that they are fighting among themselves to also attract the vote of the Duce’s followers.

The leader of Fratelli d’Italia continuously campaigns against homosexual marriages, the abortion, the right to free choice of gender and the surrogacy, among other causes defended by the left.

If the current trend continues and given the continuous division of a left that has not stopped changing its acronyms and leaders, the two rights, the one led by Salvini and the one led by Meloni, could soon add a majority with which to govern.

Many Italian voters do not feel committed to any party, and in the case of the conservatives, they support who they believe is more likely to defeat the left.

They accuse her of being obsessed only with raising taxes and having left the middle classes out in the open in the face of the adverse economic effects of a lately unbridled globalization.

It also happens in Italy, as the journalist Berizzi pointed out to Der Spiegel, historical fascism has been normalized in a certain way and although no one would want a return to the time of Mussolini, they do seem to feel a lot of nostalgia for a strong leader. Nothing more worrisome for the future of any democracy.