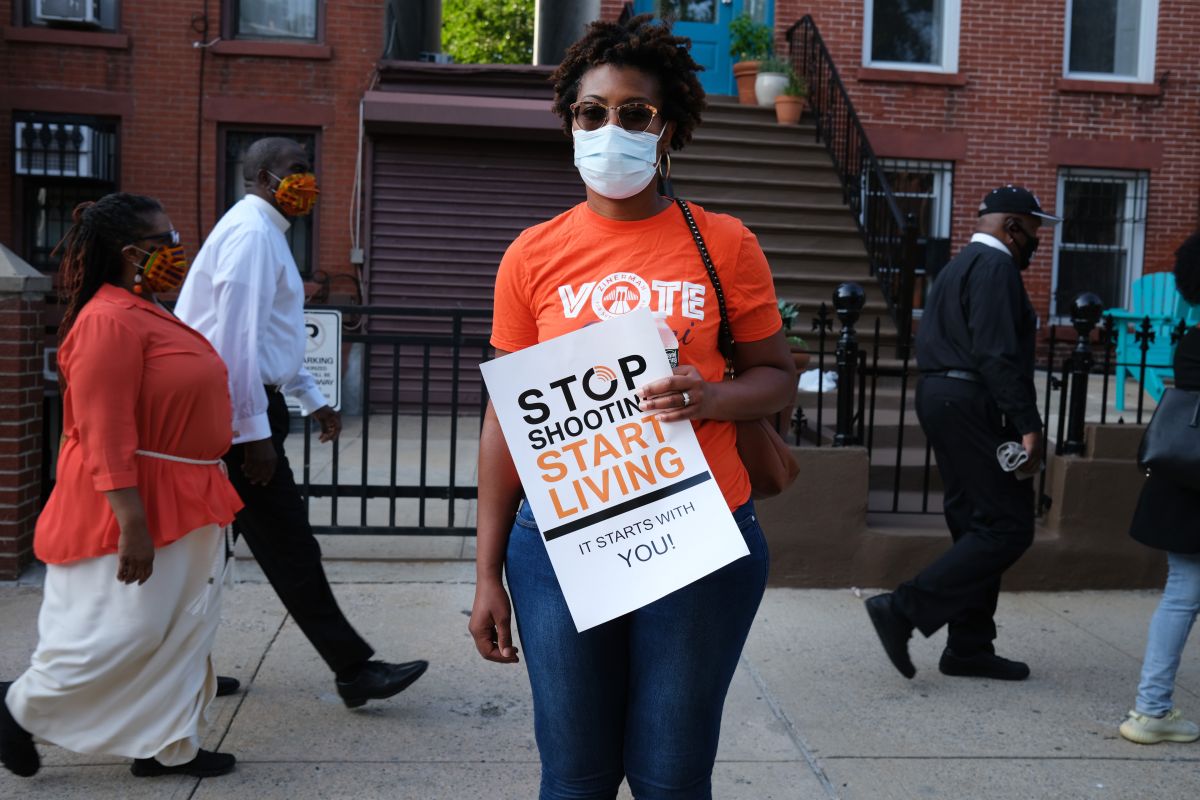 Just when the celebration of the Gun Violence Awareness Month in New York, the State Senate on Wednesday advanced a package of bills to prevent the use of firearms and make communities safer.

The package includes various legislations notably one to hold accountable those who market and distribute firearms used in criminal activities, one to combat the dangers of imitation weapons, expand safety training for gun owners, enact measures to track data on violence and fund significant research on this crisis.

In addition, this legislation will improve the enforcement and pre-existing laws against sale of firearms to persons with outstanding arrest warrants and creates strong measures to eliminate the circulation of unfinished receivers and untraceable weapons.

“The Senate Democratic majority, under my leadership, has prioritized ending gun violence and making our home and our streets safer,” said the Senate Majority Leader, Andrea Stewart-Cousins.

This package of law passed Wednesday builds on previous legislation already passed by the Upper House to tackle the corporate gun lobby and protect New Yorkers from the gun violence.

“We must do everything we can to eliminate the scourge of violence that has shortened too many lives and devastated too many families. By enacting this important legislation, we are taking another step toward ending gun violence, ”added Stewart-Cousins.

The Senator Julia Salazar He stressed that unfortunately, gun violence has continued to claim the lives of countless black and brown youth in various neighborhoods in our state. “Excessive vigilance will not stop gun violence, and it is our responsibility to ensure that there is accountability and resources for our communities so that we can confront those who create these harmful environments for our families. This legislative package holds those who make and sell illegal firearms accountable, while creating opportunities for us to take a closer look at gun violence so that we can better legislate to address this problem. “

Meanwhile, the Senator Luis Sepúlveda se referred to the critical situation of armed violence facing New York City, and especially the district it represents that covers part of the south and the center of The Bronx.

“In my district, and throughout New York City, there has been an unfortunate notable increase in shootings. To end gun violence, we must pass comprehensive legislation that holds gun manufacturers accountable, seeks to understand the causes and effects of gun violence, and provides data-driven solutions, ”the senator said, adding that this package of The law “establishes a Center for the Investigation of Gun Violence, establishes a ten-day waiting period for the purchase of all firearms, and requires the New York State Division of Criminal Justice Services to release data on armed violence ”.