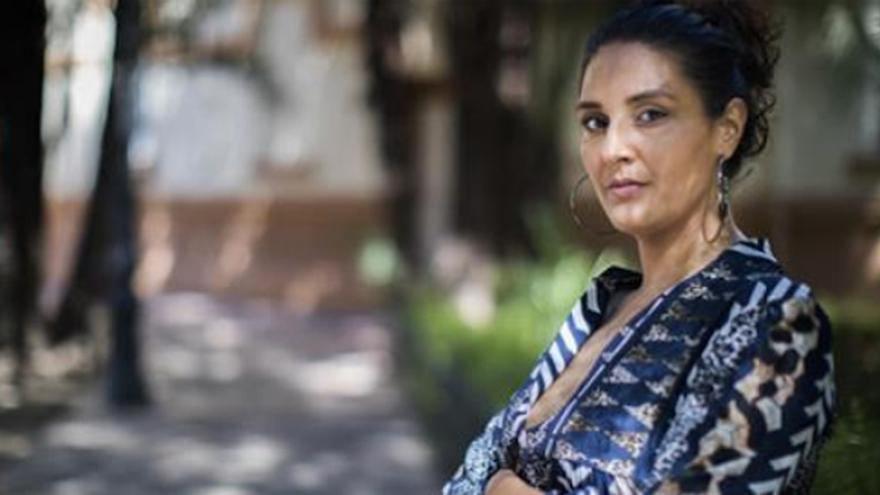 Why did you decide to collect all these stories of resistance?

We believe that the book is very necessary because the story has always been told to us by the non-public, always European, from a hetero, white, etc., point of view. And in that story, feminists have it very clear; they have not counted on us. You already know that the story is told by the winners, so it is very necessary that we know the story that they have denied us, not only the gypsy people but also the non-Roma. Because they have told you a story that is not. The story that gypsies and gypsies ‘are a nomadic people’ is totally untrue. And it is very important to know and know that there are thousands of Roma people who have been heroines and heroes in our town in all the countries of the world. We could write hundreds of ‘Gypsy Resistances’.

What are the biggest stereotypes that weigh on the gypsy people?

In the case of gypsy women (now) they are seen as submissive, under patriarchal laws, they are thieves, people you cannot trust … and on the positive (which is not positive) good mothers but to bad time, ability to give birth very easily … a lot of things. We are seen as separate people, as we are not human.

Is the population in Spain aware of the anti-Gypsyism that exists or do they see it as a form of racism?

They don’t see him as racist. With the murder of George Floyd in the United States, the whole world turned upside down, the ‘Black Lives Matter’ is a milestone of the pandemic. And what they do not realize is that it is racism against the black population in the US, it is here racism against the gypsy population. It is our racism ‘made in Spain’.

And yet we have seen cases like that of Eleazar, a gypsy who died after a beating at the hands of 10 security guards, without having committed any crime. And hardly anyone ever tipped over.

The Eleazar, the Manuel Fernández (died in the Albocàsser prison), the other Manuel (killed in Huelva by a handful of beans), the Ilias Tahiri (a minor killed in Almería). There are many cases, but people limit themselves to saying ‘well, he must have done something’ to get the police to kill him.

How is anti-Gypsyism articulated in Spain?

Anti-Gypsyism is a specific type of racism. One of the most trivialized racism that exists in Europe, anyone makes a gypsy joke, anyone laughs at another the gypsy joke and anyone initiates a racist act towards the gypsy people. And above all it is structural, it occurs in all social strata, it does not matter if you are a rich gypsy or a poor gypsy, the same anti-Gypsyism you suffer. And above all it is a type of institutional racism. The gypsy people are not recognized in the Constitution as one of the peoples that make up the Spanish state, the Romano or the Caló are not included in the chart of languages. Gypsies are stopped by the police 60 times more than non-payos, according to a study by the European Human Rights Agency. That is institutional racism.

How is it possible that racism continues to exist against a people that has been in Spain for almost 600 years?

In Spain there have been 230 anti-Gypsy laws of all ranks that prohibited everything from clothing to speech, and even the attempted genocide. And that has continued until after the Constitution, which inherited a decree that said that the Civil Guard should “scrupulously watch the gypsies and gypsies.” Spain is racist. And I always tell migrant associations that we have been in our country for 600 years and they keep telling us to go to India … Anti-Gypsy racism makes it impossible for us to be seen as part of society.