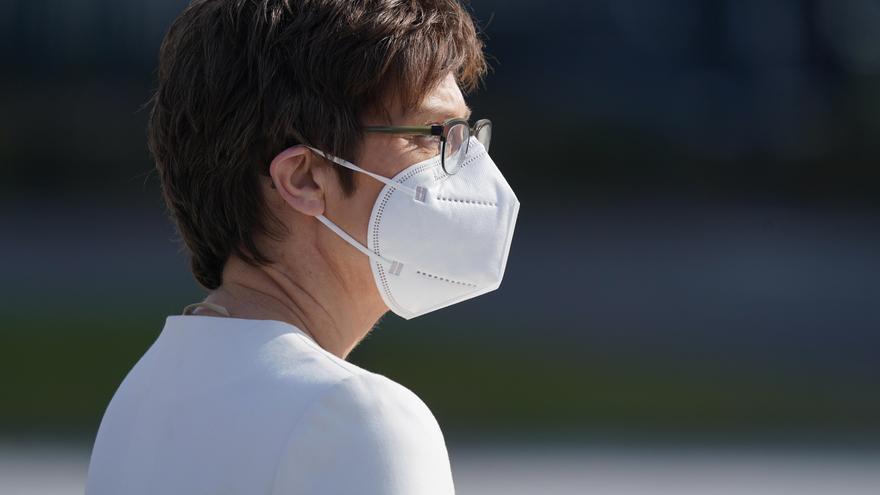 The announcement of the German naval mission has sat well with a sector of the Social Democratic party, although it has supported it as a member of the government coalition with the Christian Democrats.

The head of his parliamentary group, Rolf Mützenich, attributes to the Minister of Defense, the Christian Democrat Annegret Kramp-Karrenbauer, a “Wilhelminian worldview”, referring to German colonial expansion under its last Kaiser.

The fragata Bavaria (Bavaria) will be part of a group of warships of the Western powers, led by the US, whose government says it is concerned about the rapid Chinese rearmament and its claim for Pacific waters that do not belong to it.

In addition to the US, which normally patrols those waters, other European countries such as the United Kingdom and France will also dispatch their respective aircraft carriers, the Queen Elizabeth and the Charles de Gaulle, with the corresponding strike groups there.

China, by the way, currently only has two aircraft carriers, is building a third such ship and is expected to increase their number to five or six in the next decade.

Berlin is in any case prudent, it has reported that its frigate will not make a stop in Taiwan, the island state that claims mainland China, and has even asked Beijing for permission for the ship to dock in a Chinese port, perhaps Shanghai. or Qingdao.

At the time of the Wilhelminian Empire, Qingdao was under German administration and served as the base for its navy until 1914.

Political observers are already talking about a new “cold war”, this time between the West and China, to which its Asian neighbors in particular attribute an increasing aggressiveness, which collides with the freedom of navigation in those seas.

It is no longer, as in the time when the Soviet Union, an ideological war between two totally antagonistic worldviews: the communist and the capitalist.

China is a strange hybrid between communist dictatorship and capitalism, and the struggle is now rather, as some point out, between autocracy and liberal democracy.

The main difference with respect to the previous cold war is the great interconnection that exists today, as a result of globalization, between the western economies and that of China, which prevents any blockade of that country.

China is the main trading partner of the European Union. And specifically, for the German industry it is one of its main markets.

Also many Pacific countries that are suspicious of their powerful neighbor, such as Japan, South Korea or Australia, maintain important commercial ties with him.

Even the United States, the superpower whose economic hegemony China disputes, imports from its rival 20 percent of what it buys from outside.

Many industries in Western countries could not continue to function normally if supply chains with China were suddenly interrupted as seen during the first phase of the current pandemic.

According to a study carried out last year by the Bank of America, taking the production processes that foreign companies have there out of China could cost up to a trillion dollars over five years.

But it also happens that the world also needs the active cooperation of China, the world’s biggest polluter, well ahead of the second, which is the US, if it is to fight with any probability of success against global warming. Cold War, tal vez, ¡but not too much!