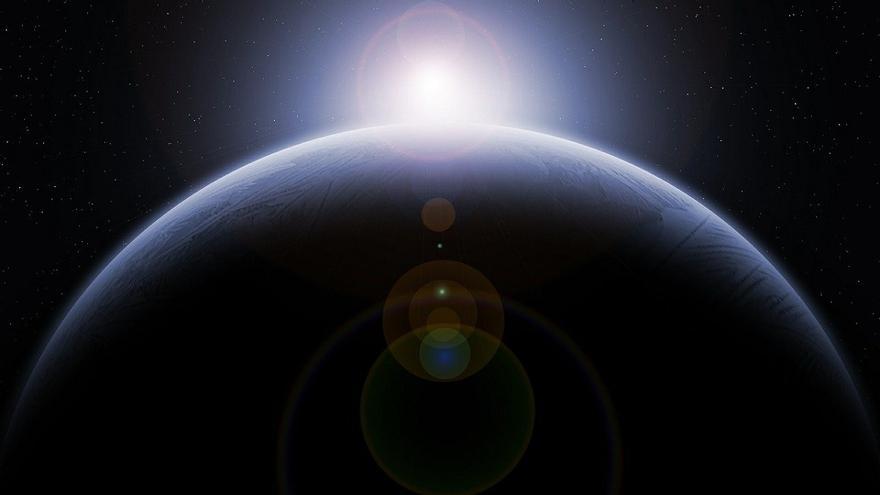 The intense gravitational attraction of the Sun on the Moon has caused the orbit of the satellite around the Earth to be longer. This causes internal tensions in our planet, unbalancing the tectonic plates and promoting strong changes.

According to a new study led by geophysicist Anne M. Hofmeister of Washington University in St. Louis, United States, earth’s tectonic plates they could be changing rapidly and unbalancing our planet due to a joint action of the Sun and the Moon: the Sun exerts such a strong gravitational attraction on the Moon that it has caused the satellite’s orbit around the Earth to lengthen. As a consequence of this, internal tensions are generated that affect the tectonic plates, since the Earth continues to rotate as usual.

According to one Press release, the research published as part of a book in honor of the geologist Warren B. Hamilton, edited by the Geological Society of the United States, constitutes an alternative to current theories, which attempt to explain the movement of the Earth’s tectonic plates depending on the currents convection in the earth’s mantle.

The lithosphere It is the solid surface layer of the Earth, formed by the crust and the outermost part of the mantle. It maintains a certain balance on the so-called asthenosphere, a “plastic” layer that makes up part of the upper mantle. In this scenario, tectonic plates are relatively rigid fragments of the lithosphere, which move on top of the asthenosphere. The entire lithosphere is divided into tectonic plates, fifteen of which are very large: when two plates collide, a large amount of energy is accumulated which, when released, generates earthquakes and other similar phenomena.

Also Read  Friends and neighbors of Baptiste Lormand: “We are fed up with the violence. We are afraid"

Because of this, the tectonic plate balance it is vital so that our planet is habitable and does not become a “hell”, permanently affected by movements in its crust. Currently, accepted theories indicate that the inner workings of the Earth it is modeled by the dissipation of heat or convection in the mantle, generated by internal radioactivity and by the surplus energy created during the collisions that occurred during the formation of our planet.

However, that amount of internal thermal energy would be insufficient to drive large-scale plate tectonics, according to other views that cast doubt on these theories. The new study maintains that the explanation of this phenomenon would not be in our planet, but in the dynamics and influence of the Sun and the Moon.

The Sun and the Moon “move” the Earth’s tectonic plates

Apparently the lunar orbit elongation around our planet, caused by the attraction of solar gravity, produces oscillations that move the midpoint between the orbiting bodies of the Earth and the Moon (barycenter) away from the geographic center of our planet (geocenter). These oscillations, which are recorded in the order of 600 kilometers per month, generate different internal stresses.

The researchers argue that the Earth’s warm, thick and firm inner layers can withstand these stresses, but instead its thin, cold and brittle lithosphere responds by fracturing: that’s why accelerated movements of tectonic plates. The phenomenon could be verified and explained by analyzing the behavior of other stars.

The study includes a rocky planet comparison which shows that the presence and age of volcanism and plate movement depend on a combination of different factors, mainly the size of the moon that orbits the planet, its orbital orientation and proximity to the Sun. It is also worth noting that Earth is the only rocky planet that integrates all the necessary factors for the development of Tectonic plates.