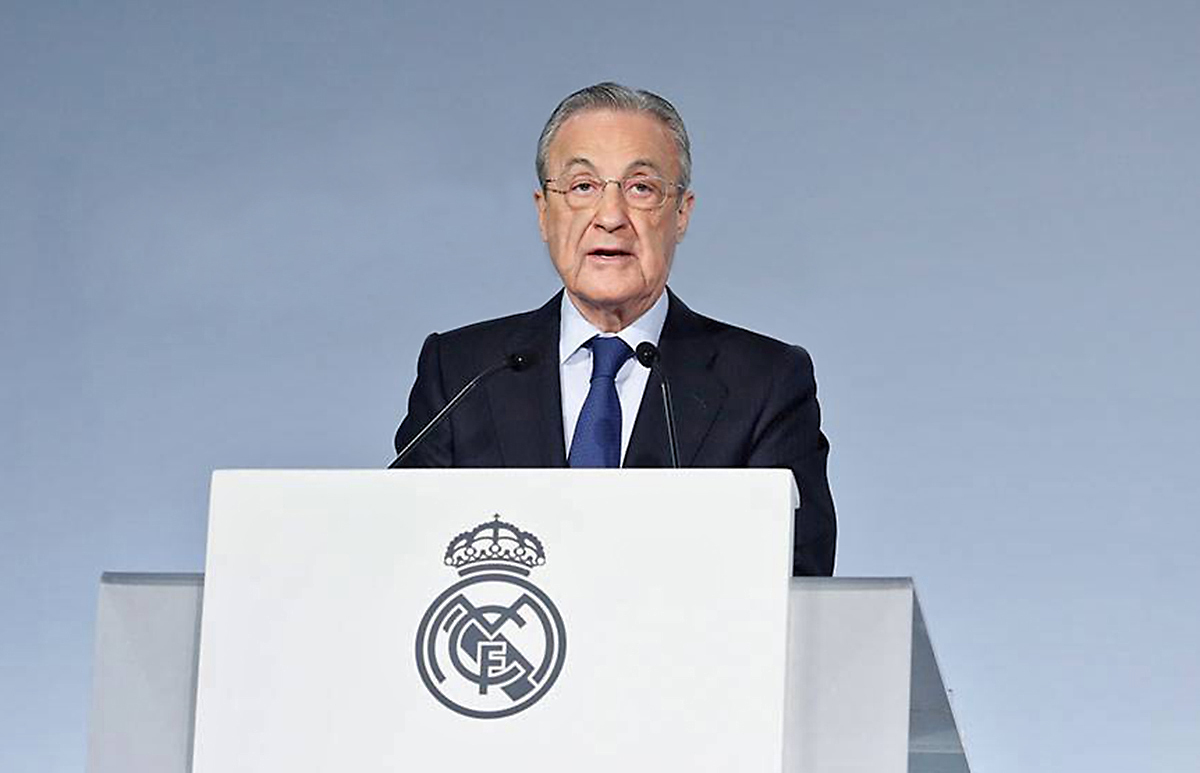 Florentino Pérez took advantage of the telematic assembly of Real Madrid to revive the idea of ​​the European Super League and the advantages that would derive from its creation. Everything is secret in this adventure, except the will of Real Madrid and Barça to lead it. In his farewell as president of the Catalan club, Josep María Bartomeu declared that Barcelona had approved adhesion to the Super League, without offering the least detail of the project and without allowing questions about it.

The two Spanish clubs are the only ones that have made public their intention to abandon the current format of the Champions League and the body that regulates it: UEFA. It is a challenge of incalculable consequences for the clubs that want to embark on the project and for the teams that remain outside (99.9%), welcomed in the best of cases to the patronage of the super rich of the Super League.

The project has the same customs as the Loch Ness monster. It appears and disappears, without anyone knowing where it is hiding. It is certain, however, that the Super League will emerge any day and will attest to its existence. It is an idea at the height of the times: elitist, extremely favorable to clubs that move fangotes of money and contrary to the popular vocation that ran through the veins of football until American bankers, Russian oligarchs, Arab sheiks and great corporate captains detected the limitless possibilities of the business.

The Super League would acquire a character similar to that of the NBA, a basketball golden bubble that leaves crumbs around it. The rest of basketball is stone, and with that you have to settle. But unlike the NBA, an invention that is about to turn 80 years old and emerged from a vacuum to take advantage of the tremendous production of players offered by amateur university basketball, the Super League means the surgical excision of the system that governs current football . The battle is assured.

Florentino Pérez referred to the new competition as inevitable and necessary. He does not like the national format, nor the distribution of money in international competition. Press to earn more money and so that others, with the exception of Barça, earn less. In short, to return to the situation that benefited them so much from 2006 to 2015, when Real Madrid and FC Barcelona received three times more money for the television rights of the Spanish League than Atlético de Madrid, the next in the order of beneficiaries.

The advantages that the two clubs obtained in that decade were impressive, decisive to mark stark differences in the transfer market, in attracting sponsors and in the advertising universe. From that perspective, the logic of Florentino Pérez, the perfect representative of the neoliberal ideology, is impeccable. He also has every right to defend and take advantage of his privileged position, if necessary by hinting at essential allies.

The Real Madrid president slipped the name of Gianni Infantino, FIFA president and rival of Alexander Ceferin, the UEFA president. It was not a gratuitous allusion. Florentino Pérez does not leave a loose end. He called on him to see Infantino as the best possible ally in the bitter conflict that is coming, with UEFA, the Leagues and 99% of the clubs against it.

Less edifying was the paternalistic nature of its premise, in plan what is good for Real Madrid is inevitably good for football, a discourse that gives the Super League of the very rich the ability to establish the type of spillovers to which they will be welcomed the poor of football. Let charity pick them up.