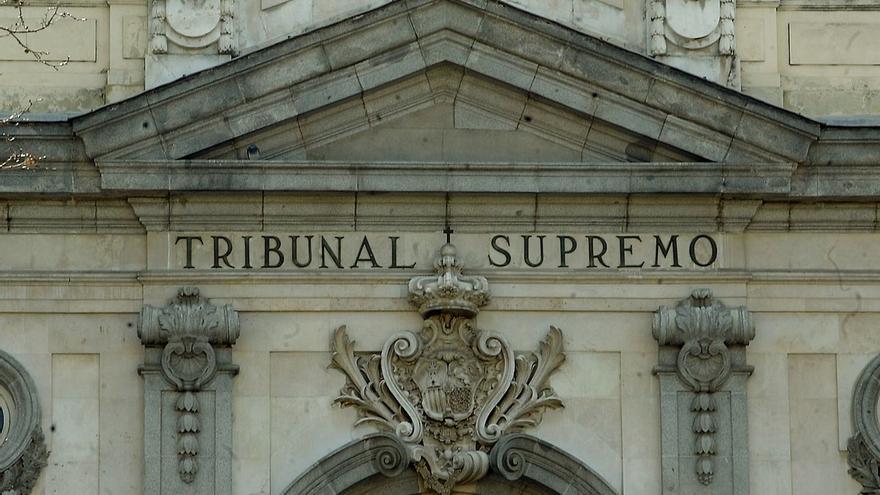 The 15-year-old girl posts on Instagram They may be key to determining guilt end of an adult, her neighbor in a town in Madrid, who was tried and sentenced to 12 years in prison for raping her at her home in 2019.

If in the judgment of ‘the herd’ of Pamplona, ​​the publications on the victim’s networks that were contributed by the defense attorneys were not taken into account at the time of sentencing, in this case they were not valued because the defense was not allowed to contribute them.

Despite the fact that the alleged aggressor was found guilty by the Madrid Provincial Court and later by the Madrid Superior Court of Justice (TSJ), The Supreme Court has now agreed with his defense and forces a repeat of the trial so that both the publications of the girl in the social network What the analysis made by an expert from the same.

The sentence, handed down on December 9 and to which he has had access The Newspaper of Spain, orders to roll back the proceedings at the time of deciding whether to admit the evidence by a court made up of judges other than those who made the decision at the time, in order to guarantee “the rights to effective defense and to a fair trial”. Awaiting a new trial the man initially convicted has been released, according to their lawyers Juan Gonzalo Ospina and Beatriz Uriarte.

The lawyers appealed in cassation for breach of form, for having injured the right of their client to a process with all the guarantees by denying the entire defense test. The high court does not now consider that all the proposed evidence should be accepted, but it does understand that The right of defense was violated by being prevented from providing the medical and psychological experts and the documentary on the information uploaded to social networks by the minor after reporting the assault.

The sentence, of which it has been speaker the magistrate Javier Hernández -one of the last to arrive at the Criminal Chamber -, has been supported by his colleagues Julián Sánchez Melgar, Ana María Ferrer, Pablo Llarena and Eduardo de Porres.

In its legal foundations, it states that “the object of the inadmissible defensive evidence essentially revolved around ua legitimate, reasonable and proportionate strategy to challenge the credibility of the alleged victim and the reliability of the information provided by it “.

He adds that the means that were intended to be used for this, “in addition to being respectful of constitutional limits “, and without prejudice to the probative value that could have been granted, were “necessary and suitable“.” Without its practice it became extremely difficult, if not impossible, to obtain or procure said defensive objective by other means of proof, “the high court reasoned.

The girl herself made them public

The resolution admits that the personal data that were intended to be contributed to the process and that served as the basis for the preparation of the inadmissible expert opinion affect the intimacy of the girl, but adds that “these were disclosed on publicly accessible social networks by the interested party herself, which significantly reduces the expectation of privacy from third parties that may have accessed said networks “.

It was, according to the defense brief, comments of sexual content and photos in underwear, and with his analysis he tried to counteract the expert reports of the prosecution that indicate the existence of sequelae in the minor due to the trauma suffered.

Also Read  Back to Afghanistan from the Taliban | International

The Supreme recognizes that disclosure by the victim of such comments does not deprive him of all protection against the use of said data by third parties, and that their condition as a minor requires them to guarantee their right to privacy with greater intensity. However, it insists that the probative use of said publications “did not suppose a disproportionate infringement of the right and could be justified by the concurrence of a serious defensive interest.”

Other evidence claimed by the defense is not considered fundamental by the Supreme Court and their contribution is rejected, such as the geolocation data of the accused and the ‘whatsapp’ messages that he sent at the time when the assault on the minor was allegedly committed. They are considered unnecessary because the defendant acknowledged being at his home at the time of the events.

The excuse to reject content on Instagram, arguing only that they affect the privacy of the victim, is classified as “fragile” by the high court. At this point the Supreme Court adds that a certain expert opinion cannot be inadmissible because it is “subjective” as this would lead to the rejection of all evidence.

Facts that were proven

The sentence that the Supreme Court now considers void declared it proven that in January 2019 the defendant, with a criminal record not computable in this case, called his neighbor asking if he was at home, to which he replied that he was working. At that time the defendant told him that wanted to show her eldest daughter, 15 years old, her new carThe father answered that the girl was at home, taking care of her little brothers.

Knowing these circumstances, the man asked the girl to accompany him to his car, and when she refused, according to this account, he grabbed her arm and dragged her home. Once in the bedroom and despite the minor’s pleas, he penetrated her anally. It was also declared proven that as a consequence of these facts the victim suffered from post-traumatic stress disorder, for which she requires psychiatric treatment.

The aggressor was sentenced to 12 years in prison with the accessory of absolute disqualification during the time of the sentence, with the prohibition of approaching the minor, at a distance of not less than 500 meters, as well as going to her home, place of work or studies, and communicating with her by any means, for a period of 16 years. He was also penalized with the measure of probation for a period of six years, which would be executed after the custodial sentence that has now been annulled.