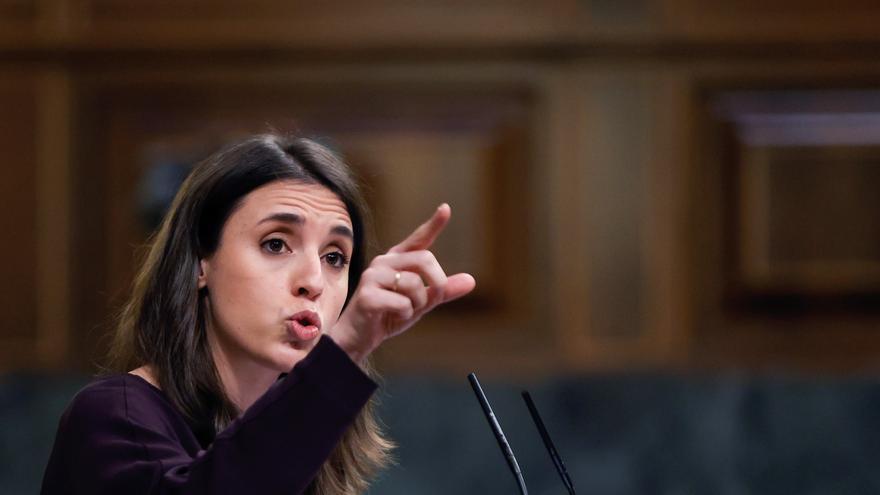 The Civil Chamber of the Supreme Court has rejected the appeal filed by Irene Montero against the sentence of the Provincial Court of Madrid and has confirmed that her honor has not been violated by the content of a satirical poem that was published in the magazine of the Francisco de Vitoria judicial association (AJFV).

In a judgment of 18 pages, the magistrates have supported the decision of the Madrid Court to dismiss the lawsuit filed by the current Minister of Equality and annul the compensation of 70,000 that claimed the author of the poem, to the judicial association and to the editorial committee of the magazine for interference in his honor, personal privacy and own image.

The Chamber has explained that the poem ‘From nuns to deputies‘-published in November 2017- is protected by freedom of expression and has stressed that “the satirical criticism of the situation referred to in the litigious document must be borne by public officeor affected “.

“Despite of hurtful and annoying tone of the poem, its content is found protected by the exercise of freedom of expression, a basic pillar of democracy, in accordance with the jurisprudence of the Supreme Court, the doctrine of the Constitutional Court and the European Court of Human Rights, “the Chamber has specified.

After examining the poem as a whole, the judges have concluded that the author intends to “sarcastically criticize the correlation that, in his opinion, exists between those who maintain personal relationships with the general secretary of the political party to which the plaintiff belongs and the treatment and position they occupy in the party “.

In this sense, they have also ensured that the fact that “the applicant is a partner of the secretary general of the party to which they both belong can logically be object of criticism“.

Although he has recognized that the poem “dispenses with” that Montero was “democratically elected in an election” and that the author suggests – “in a nasty and rude way“- that” his only merits consist in being a couple “of Pablo Iglesias, he has assured that it cannot be understood that the main idea” is totally illogical or absurd and alien to any objective data that serves as a basis “.

In the ruling, the Chamber has made it clear that it does not share the conclusions drawn by Montero from the note of apology from the defendant association.

The judges have explained to the minister that “the question of appointments in political parties is of general interest, although it is annoying” and has insisted that the poem “expresses an opinion, it is not reporting facts.”

In this sense, they have recalled that “freedom of expression has a broader field of action than freedom of information“, because it does not include the communication of facts, but the issuance of judgments, beliefs and opinions of a personal and subjective nature.

The Supreme Court has specified that although Montero has the right to protect his reputation, “the imperatives of this protection must be balanced with the interests of the free discussion of political issues.”