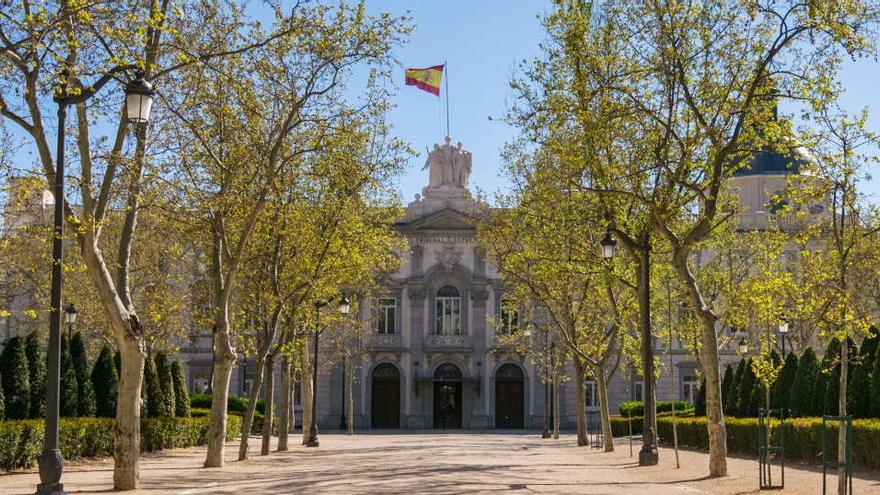 The Criminal Chamber of the Supreme Court (TS) has confirmed the 16 and a half years and 15 and a half years in prison two young people after it has been proven that, together with three minors, they sexually assaulted and injured a 16-year-old girl in the portal of a building in Jaén capital where they were forcibly introduced, on the afternoon of March 2, 2018.

The case was tried by the Hearing of Jaén in July 2019. The Superior Court of Justice of Andalusia (TSJA) confirmed it in February of this year and now the Supreme Court has ruled with which the sentence is already firm and there is no possibility of further resources.

As reported by the Supreme Court, the court has dismissed the appeals filed by the two condemned, aged 24 and 20, against the judgment of the Superior Court of Justice of Andalusia that, like the Provincial Court of Jaén, considered them the perpetrators of a continuing crime of sexual assault and another of injuries.

In addition to the prison sentence, he imposed ten years of probation after his release from prison, twenty-five years of prohibition of approaching and communicating with the victim, and the payment, by way of civil liability on the part of the two, of a compensation of 62,675 euros to the victim for moral damages, the aftermath and the days it took to recover from the injuries. For their part, the three minors who also participated in the attack were tried and sentenced by the Juvenile jurisdiction.

The events occurred at 17.40 in the afternoon when the five surrounded the victim, who was on his way home, and after telling him “We are going to show you what is good”, they forcibly introduced her against her will into a portal of a building, which was open at the time, where they committed the events that led to their convictions.

The defendants, upon hearing the noise of a door on one of the floors of the building, abruptly left the place leaving the victim lying on the ground, giving him one of those who had participated in the events, before leaving, a strong kick in the belly.

The Supreme concludes that there is sufficient evidence of the charge to disprove the presumption of innocence of the accused, although they denied in court their presence at the place and time of the events, trying to offer an alibi.

In this sense, it affirms that this evidence of the charge, consisting of the incriminating statement of the victim and the examinations carried out on the wheel, is perfectly reasoned, and it points out that his testimony meets the jurisprudential requirements of credibility, credibility and incriminating persistence.

He adds that the contrast between the statement and identification of the victim and the weakness of the alibi or contraindication provided by a defendant makes it possible to grant greater credibility to the first and prevents the concurrence of an error in the evaluation of the evidence from being appreciated.

It also indicates that, according to the judgment under appeal, there is any factor that allows doubting the visual identification that the witness made of the accused in the recognition conference and that was later ratified in the oral trial and submitted to a contradictory trial.

The court explains that for the court of appeal, like the sentencing judge, their testimony has been consistent, maintained over time, without contradictions or ambiguities, persistent and homogeneous; not appreciating the existence of spurious motives or personal circumstances in the minor that allow the Court to doubt her statement, as well as the verisimilitude of that testimony, which is described as coherent and always coinciding in the most essential aspects of the events reported on all the successive occasions that he has had to testify.

In this regard, he does not appreciate no logical deviation or unreasonableness in conclusion which extracts the contested judgment from the acknowledgments, since it states that the acknowledgment of an accused was carried out unequivocally, without any margin of doubt, to which it adds that it took place not only at the Police Station, but also also during instruction, and in plenary.

Furthermore, it adds that “the victim has no spurious motives to file a complaint and acknowledge the accused, the Court adding that the witness gives an account of the facts and answers the questions asked by the parties in the trial, with sobriety, thoroughness and maturity, which abounds in the reliability of his testimony also on the identity of the authors “.

The sentence, presentation by Judge Susana Polo, underlines the reliability of recognition that is enhanced Due to the fact that during approximately ten or fifteen minutes in such an anguishing and shocking situation, it is reasonable to consider that the characteristics of the aggressors are marked in his memory in a “particularly clear” way.