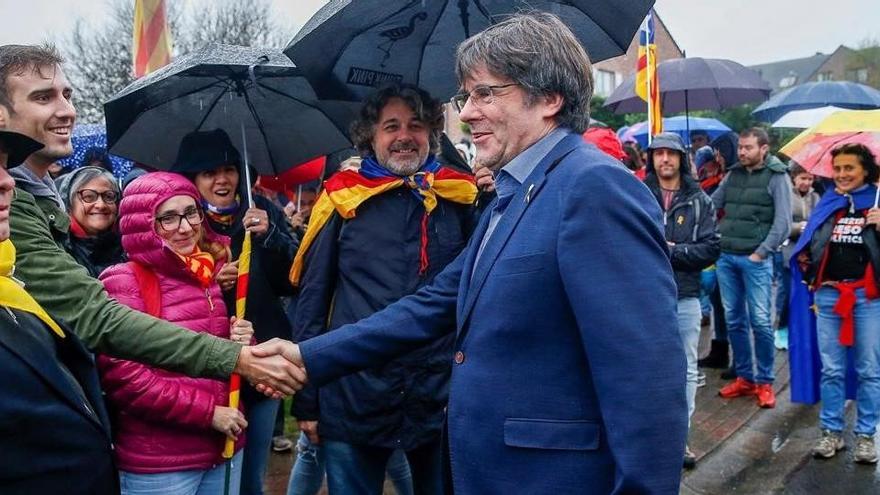 The Supreme Court has endorsed the fiscal criteria and has refused to investigate the former Catalan president Carles Puigdemont for his management of Aigües de Girona when he was mayor of that town for, specifically, a transfer of funds from the municipal canon received for water to pay for part of an art collection for the Girona City Council. The magistrates conclude that the operation was an administrative offense, to be assessed by the contentious-administrative jurisdiction, but not a criminal offense.

Last March, the Supreme Court received a reasoned statement from the Investigating Court number 2 of Girona, with the support of the Anti-Corruption Prosecutor’s Office, which considered that the aforementioned municipal operation was constitutive of the crimes of prevarication, fraud to the Administration and documentary falsification .

In her Puigdemont was credited with having signed the purchase and sale agreements for the art collection of the ‘Santos Torroella’ Fund for the City Council, and decided with his casting vote, as mayor, the support of the municipal plenary session to pay the first part of the price (one million euros) through a transfer with funds from the water canon, which was expected to be reinvested in the expenses of the water cycle.

In its order, the Supreme Court agrees to file the proceedings as the facts are not constitutive of a crime, even if a transfer of funds is carried out that is not permitted by law, since this constitutes an administrative offense, which must be assessed in its case by administrative jurisdiction. To reach this conclusion, the high court refers to its jurisprudence that differentiates between administrative illegality and prevarication.

“Resulting certain administrative illegality, because the water canon has been used without respecting its finalistic and budgetary limits, it cannot be understood that the resolution issued was by an incompetent body, nor that the essential rules of the procedure have been dispensed with, nor that it is a consequence of the commission of a criminal offense or expression of the same, especially if it is taken into account that the deviation of public purpose today constitutes without more an administrative offense, “says the order.

“Nor does there arise a direct intent of wanting to substitute legality for whim, but rather the purpose of illegally stretching local autonomy overcoming the narrowness of the limitations that the ecological canon and its condition of entry under public law imposed from the European Directives and national and regional legislation, to the management perspectives of the municipality ” the magistrates add.

Hence, despite being considered the administrative offense, in principle, “unquestionable and clear”, there was no prevarication. The Supreme Court emphasizes that “it is not a matter of substituting the administrative jurisdiction, in its work of controlling the legality of the actions of the public Administration, by the criminal jurisdiction, through it is a crime”, which is applied in cases where administrative action, in addition to being illegal, is unfair and arbitrary.

Neither fraud nor falsehood

The order also rules out fraud against the Administration, understanding that “Notwithstanding the illegality of the operation carried out by Puigdemont, the existence of an artifice to defraud the Girona City Council is not appreciable“. Remember that it has not been questioned that the value of the ‘Santos Torroella’ collection was higher than the price paid by the City Council, nor that it was a set of works of interest to the municipality. In addition, the change in budget items It was approved by the plenary with knowledge of its origin and destination.

The Chamber does not see any falsehood either, because Puigdemont signed a decree from the Mayor’s Office on May 22, 2013 approving the contract for the valuation study of the ‘Santos Torroella’ collection, when the appraisal report had been signed on April 17.

The Supreme explains that said crime requires an authority or official to be untrue in the narration of the facts in a document. And for the judges, that the decree “could have been issued when the report was already issued is irrelevant for the purposes of considering its content false. It was not a simulated or false document in its entirety, but it responded to a real operation” , concludes the car.