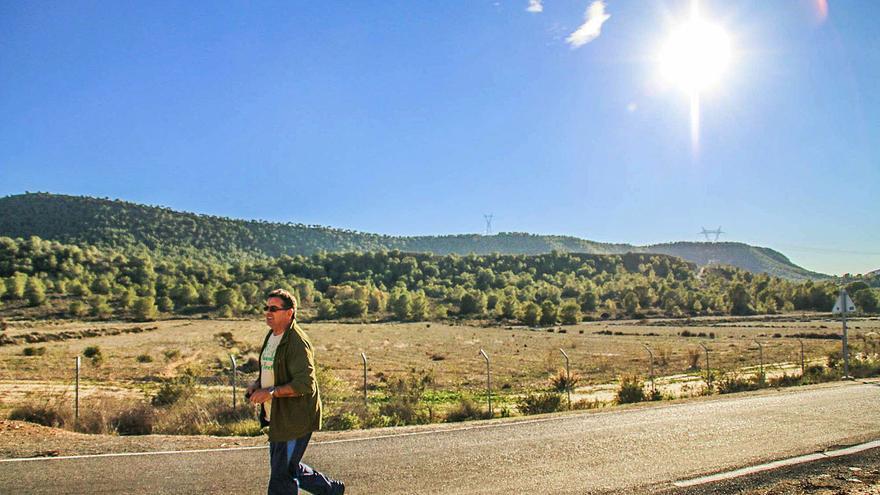 With this judicial resolution a total of eight million square meters of land of high environmental value are maintained in the area of ​​the Protected Landscape -826 hectares- in Sierra Escalona and its surroundings. Grupo Montepiedra requested to remove 462 hectares from the Campoamor farm, the vast majority in Orihuela, a small part in Pilar, on the land protected by the Generalitat closest to the coastline; Naranjas del Sureste and Ángel García Lorente, intended to exclude another 260 hectares at the foot of the shady area of ​​Escalona, all in Orihuela, in Torremendo, andn one of the best conserved areas of the Protected Landscape; and Lomas de Campoamor, requested that 104 hectares remain outside the scope of protection: 65 in San Miguel at the head of the Lobo ravine – an area that was previously dedicated to farming was plowed – and 39 in Pilar de la Horadada, next to the Campoamor farm. The companies maintained in the resource that the protection could prevent the activity that they exerted on those soils. However, the magistrates of the Superior Court of Justice of the Valencian Community (TSJCV), indicated that The Protected Landscape in no case prohibits these farms from continuing with their usual activity, in addition to clarifying that these lands, which were already included in the protection as a Site of Community Interest, that their exclusion from the Protected Landscape did not modify that use. The companies, some of them developers of large developments on the Oriolana coast, also alleged the lack of environmental values ​​of the land. The legal profession of the Generalitat and the ecologists recalled that they were included within the scope precisely because of their environmental value and that they added to the set of more than 10,000 protected hectares in the configuration of specific mosaic habitat of agricultural areas, Mediterranean mountains, terraces of dry land and pine forests in Sierra Escalona, ​​Pujálvarez and el Cristo and its surroundings. Especially as a habitat for raptor species that have a unique density of breeding pairs in Europe, such as the Royal Owl.

The president of ASE, Miguel Angel Pavón welcomes this ruling and the role that conservationists and neighbors have played in the resolution; and remember that it only leaves alive from the judicial point of view one of the appeals presented in its day against the declaration as a Protected Landscape of Escalona and its surroundings in 2018 by the Generalitat. The one presented by PAU 21 -which, paradoxically, this protection does not affect its soils-.

New exposure to the public of the macrocamping plan

The Orihuela City Council has once again submitted to a public information period the process of Environmental assessment of the planned macrocamping in Torremendo and that borders the Protected Landscape of Escalona. Last summer, affected owners and neighbors were not notified of the project, something that is now being corrected. Along with the Environmental Impact Study, the basic project, activity project, waste management study, acoustic study and building and housing statistics have been included, as claimed by ASE, Ecologists in Action and the San Miguel Neighborhood Association.