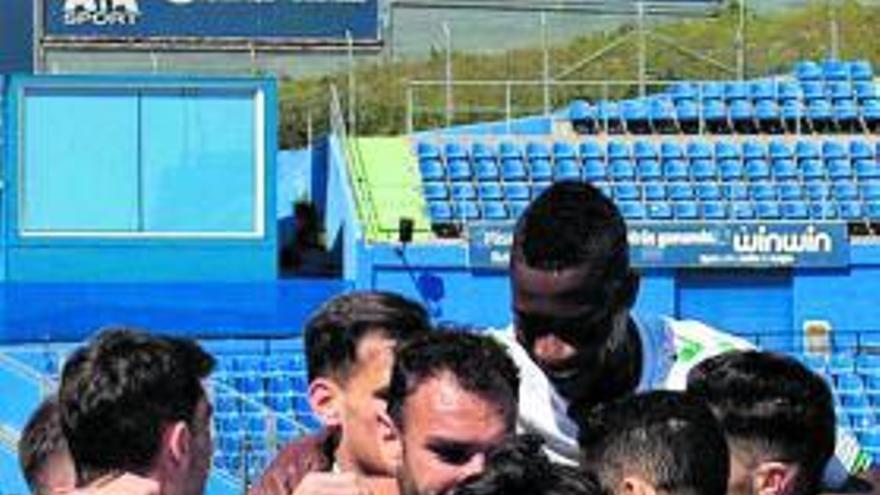 Elche are experiencing a fantastic moment and all their teams are going through a phenomenal run. After times of many hardships, the French-green entity enjoys during the last weeks of glory days, which they hope to ratify at the end of the season.

The first team is in one of the best moments of the course. After many days in relegation positions, the reaction in the last days, after the arrival of Fran Escribá to the bench, has allowed him to leave the red zone of the First Division classification and place himself two points ahead of the three last classified. A situation that allows us to see the future with more optimism and with the hope of being able to continue enjoying the next season of the League of Stars.

But not only the Elche first team is reaping good results, the franjiverde subsidiary is starring in a fantastic season. He has finished second in his Third Division group and has qualified to compete in the promotion phase to the Second RFEF, which will be the fourth category of Spanish football and in which most of the teams of what has come so far will be calling Second B.

The Ilicitano has won eleven of the 18 games they have played, they have drawn five and only lost two. That has allowed him to enter the fight for promotion with the second best coefficient of the six classified teams, so he has great possibilities of moving up in the category. Starting next week, he will face the six-game league with a double confrontation with Alzira, Roda (a subsidiary of Villarreal) and Atlético Saguntino and if he maintains the second position next season he will play in the Second RFEF.

In addition, the subsidiary has fulfilled its role of nurturing the first team with players at certain times of the season, when the first team was half done and had few troops. The central John Donald made his debut in the league as a starter against Atlético de Madrid in the Wanda Metropolitano and Jony Álamo also initially appeared in Zorrilla against Valladolid. In the Copa del Rey they played the qualifying rounds against Buñol, La Nucía and Rayo Vallecano other Ilicitano players such as Jose Salinas, Diego Bri or Gerard Barri, who already know what it is to debut with the first team. Together with them, goalkeepers Lluis Andreu and Luis Castillo have also entered different calls.

The seven have been alternating training with the first team and, when they have not been called up, they have played with the Ilicitano. In the final stretch of the season, as Escribá now has enough players in the first team, when their presence in the calls is not necessary, they will help the team that Pau Quesada trains in the promotion phase.

Another of the franjiverde youth soccer teams that is starring in a brilliant campaign is Juvenil A. They finished second in their Honor Division group, with 34 points and were only surpassed in the standings by Atlético Madrileño. That has allowed them to qualify for the Copa del Rey, something that is the first time that has happened in the club’s history with the new format.

Despite this, the dispute in this competition is not entirely clear and, at first, it has been suspended due to the pandemic situation in the country.

In the youth team of Elche, coached by René Martínez, stands out Javi Villar, brother of former Elche player Gonzalo Villar, who currently plays for Roma in Italy. The midfielder has a great future ahead of him and, proof of this, is that he is already training with the subsidiary, even with the first team under Escribá, who last week praised the enormous virtues of the 18-year-old player from the who said he has better things than his brother.

Both Javi Villar and Diego Bri were in the preselection of the Spanish sub’19 team, directed by Santi Dénia.

Women’s football is having an increasing presence in Spain and the girls from Elche are stomping and wanting to continue climbing the ranks towards the elite.

Elche Femenino is the outstanding leader of group VII of Primera Nacional (third Spanish category), with six points ahead of the second classified, Sporting Plaza Argel de Alicante. With ten days to go, his classification for the promotion phase to the Iberdrola Challenge League, which is synonymous with the Men’s Second Division, is on track.

Only the first classified of each group and the best second of all of them will qualify to fight for promotion, which will be elucidated in two-legged qualifiers with a pure draw. Four teams will go up and the team led by Quique Cano has many hopes of being in the Iberdrola Challenge League next season, which in turn allows them to obtain more income.

Futsal, the only one that suffers

The only team of the Elche club that is not meeting expectations is the futsal section, which plays in the Second Division and is currently playing the permanence phase so as not to go down to Second B. Their situation is quite complicated, but it still has a chance to keep the category. Last season he played in the final for promotion, but this season things are not going so well.