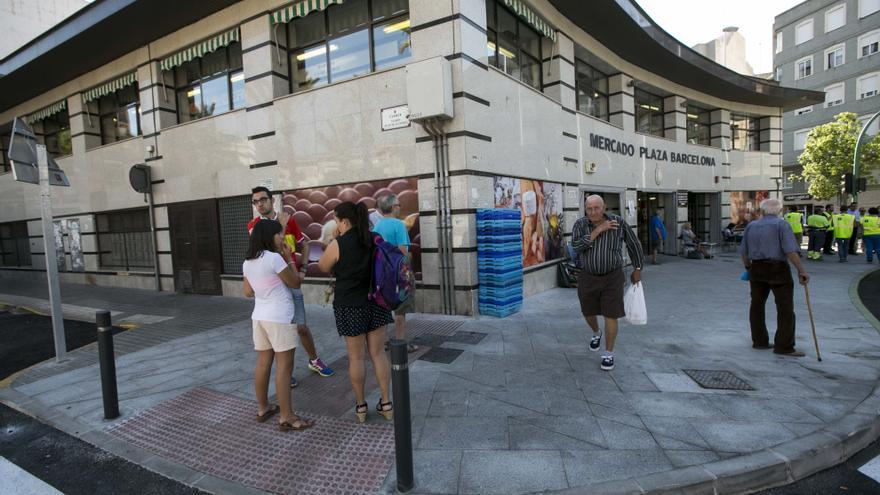 The Tax Agency has published the IRPF statistics by postal codes for 2019, which collects the returns of the neighborhoods of the large Spanish municipalities – those with more than 200,000 inhabitants, more than 100,000 returns filed or an aggregate gross income of more than 2,200 million of euros.

As he did two years ago when the last statistic was published, the mayor, Carlos González, denied this Friday that Carrús is the poorest neighborhood in Spain. The mayor has recognized that this area of ​​Elche “undoubtedly has problems, but in the country there are poorer neighborhoods.” He did say that “statistically it is the one with the lowest average income in Spanish cities.” And it is that this study is done based on zip codes, which according to the government team, that can distort reality.

In any case, the Socialist councilor has admitted that Carrús needs an investment that will reactivate the neighborhood, that construction will return and that will make young people buy homes in the area again. According to González, more than 40% of the Edusi funds that Elche has received (a total of 15 million euros) have been allocated to Carrús and he has committed to continue investing in this place in the medium and long term so that “it can go back” .

Precisely, Carrús is the neighborhood where PSOE and Compromís set their eyes to build the congress palace promised by the Provincial Council, specifically on Avenida de Novelda, under the argument of relaunching this humble enclave of the municipality. In fact, González even said that he saw hotels on this avenue once the auditorium was open. After the disagreement between the social agents over the location of the property in that neighborhood, the local executive has already stopped obsessing over Carrús and has recently defended that they will have to reward him with another investment.

After Carrús, the Tax Agency has considered Alquian (Almería) as the second poorest neighborhood and in third position, according to this ranking, is the Alicante neighborhood Nou Alacant with an average gross income of 17,600 euros, while in sixth position the also a neighborhood of Alicante Ciudad Jardín with 17,981 euros.

On the completely opposite side is La Moraleja, whose taxpayers declared an average gross income of 254,400 euros, 18.7% more than the previous year, which consolidates them as the highest income zip code. Behind them are the inhabitants of Madrid’s Salamanca-Goya neighborhood, who with an average income of 130,622 euros, 36.8% more, are climbing one position compared to last year. The third place in this edition is for the neighborhood of Centro-Paseo de Isabel la Católica-Plaza de España, in Valladolid, which doubles its average income to 106,539 euros, a rebound that could be related to some extraordinary operation, since the Statistics for this zip code are compiled with less than 3,000 statements.