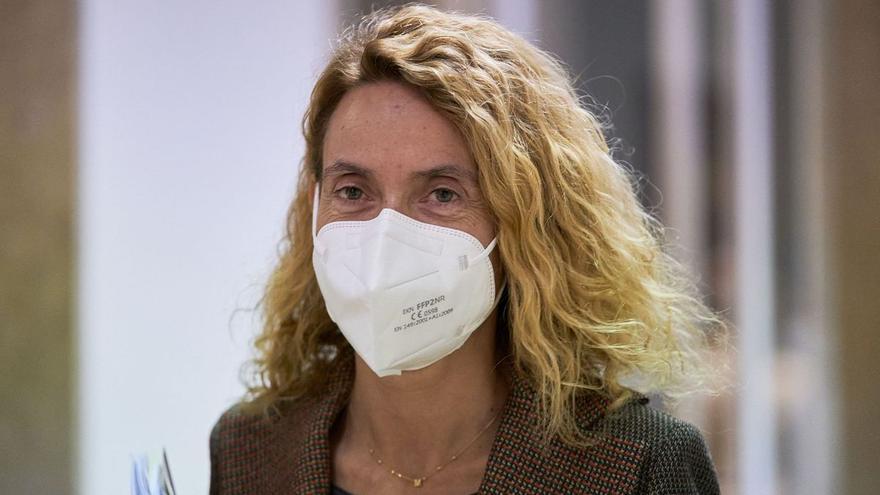 Magistrate María Luisa Balaguer, of the first section (first room), ofl Constitutional Court, will be the rapporteur in the Amparo appeal from the Canarian deputy Alberto Rodríguez was dismissed on October 22 by the president of the Cortes Generales Meritxell Batet. Judicial sources indicate to this newspaper that, likewise, an expert lawyer in parliamentary law has been appointed, who will prepare the prior report for the presentation.

This last decision therefore assumes that the center of the appeal is the challenge of Batet’s decision. In other words, as the same resource admits, the responsibility is “very personal” of Batet, who “will not be able to make the blame fall in the Supreme Court”, whose sentence condemned the Canarian deputy to prison for 45 days (replaced by a fine of 450 euros), and an accessory penalty of 45 days of disqualification to exercise passive suffrage (stand for elections or public office during that period).

However, the president of the Cortes Generales referred to said sentence her decision to deprive Rodríguez of his seat two years before the end of the legislature and not suspend him for 45 days.

Thus, at the center of the constitutional debate is the fundamental right of the right to the job parliamentarian, the power of a parliamentary office. In this case, Alberto Rodríguez has been elected by a legislature and half of it has been deprived of the seat. And that dismissal can only be justified by an express, express and motivated judicial decision.

That judicial resolution did not expressly say or motivate what Batet decided at the dispossess the deputy of his seat. The proof of this is that the Congress lawyers reported on October 18 that the “extra-criminal” consequence of depriving the deputy of the seat did not derive from it.

Clarification to the president

Precisely, to clarify the scope of the resolution, Batet, who endorsed, as recorded in the minutes of the meetings of the Table, the report of the lawyers, requested on October 20 a clarification from the president of the Second Chamber, Manuel Marchena , and president of the court that issued the sentence, on the execution thereof. On the 21st, Marchena replied that the law “does not include among the functions of the Supreme Court that of advising other bodies.” A day later, Batet, with the verbal endorsement of the general secretary, who had changed his initial position, sent a trade to the Central Electoral Board in which he requested the replacement of Rodríguez and communicated it to the Supreme. Thus, the deputy was charged.

Although the center of the debate is going to be parliamentary law and the extent to which the president of the Cortes has the ability to dismiss a deputy without opening a procedure and send the matter, for example, to the Deputy Statute Commission, as proposed at the meeting of the Bureau of Congress, the first secretary, Gerardo Pisarello, Batet’s conduct did not fall from the sky.

Why, if what Marchena was formally asking for was the “date of the beginning of the disqualification for the purpose of the corresponding settlement of the sentence” Batet did not respond exactly by providing that date?

Because on the occasion of the debate at the Table of Congress, on October 19 and 21, 2021, Vox bombed Batet with the ghost that he was on the path of Carme Forcadell, the president of the Parliament of Catalonia. That is, the ghost of disobedience to a judicial decision.

Between the pressure of Vox and the Popular Party, on the one hand, and that of Marchena, on the other, Batet saw a possible opening of proceedings for disobedience in the Second Chamber of the Supreme Court, a situation in which as president of the General Courts would have to resign, although those errands They were a trip to nowhere because the Supreme Court’s ruling did not propose depriving Rodríguez of his seat.

It was, therefore, a personal political decision in the face of a horizon in which Batet foresaw the end of his political life. A court of justice de facto imposes a resolution on the president of the Courts that she is not empowered to adopt either by what the sentence says or by the summary execution procedure adopted staff.

Is it reasonable for the Supreme Court to hide behind the fact that one of its functions is not to advise other bodies?

A few days later, the Supreme Court prosecutor, Isabel Rodriguez, Before an appeal for annulment, Rodríguez pointed out that “the Second Chamber of the Supreme Court, will carry out a sentence settlement … which will be communicated to said Congress and which means solely and exclusively that during the period of one month and fifteen days that is set in such liquidation, Mr. Rodríguez will not be able to appear for public office. No more no less.”

And on December 17, 2021, the sentencing court considered “reasonable“And an” extra-criminal consequence of the conviction “the deprivation of the seat executed by Batet.

The outcome of the Ordago de Marchena is the illustration of what the jurist and emeritus professor at the University of Constance, Bernd Rüthers, described in his book, published in 2016, as the expansion of the political power of judicial institutions. ‘Die Heimliche revolution vom rechtstaat zum richterstaat’ (The secret revolution from the rule of law to the judicial state).