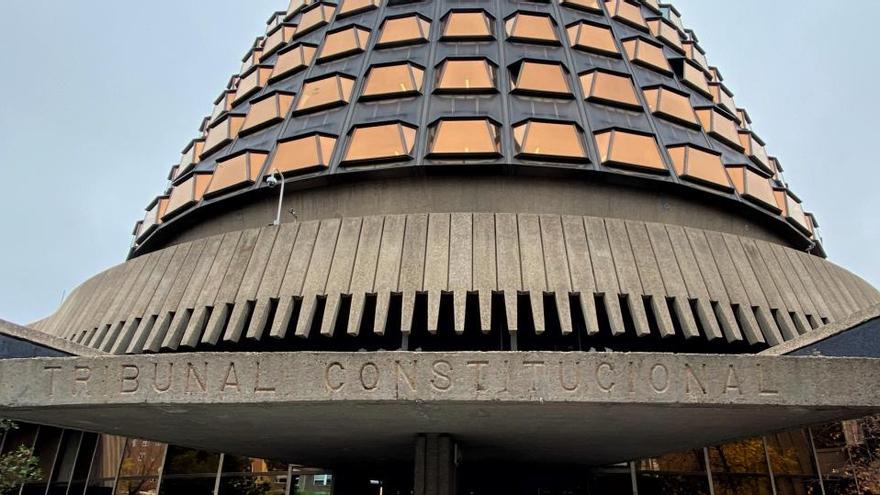 The Constitutional Court (TC) has rejected the appeal presented by a Valencian lawyer who requested the suspension of the current state of alarm and with it the cancellation of the restrictive norms, especially those that affect the displacements, that have been dictated by the Autonomous Communities in view of the Christmas holidays.

The First Section of the First Chamber of the court of guarantees has issued a resolution, to which Europa Press has had access, in which it is agreed, after examining the appeal, not to admit the appeal for protection “given the manifest non-existence of violation of a fundamental right tutelable under protection “.

Thus, the president of the TC, Juan José González Rivas, and the magistrates Alfredo Montoya Melgar and Cándido Conde-Pumpido inform the lawyer that if within three days the Public Prosecutor’s Office does not appeal the decision adopted, “these actions will be filed without further ado Procedure”.

In this way, the court does not share the position expressed by the lawyer Curro Nicolau that the Supreme Court violated his right to effective judicial protection, in its manifestation of the right of access to remedies, by inadmissible the contentious-administrative that he presented against the Royal Decree that established the current restrictive framework, which can be extended until May.

Since the beginning of the pandemic, several individuals have gone to the Supreme Court requesting the disappearance of the state of alarm, both the one established last March, which led us to an almost total confinement, such as the current one, which derives the restrictive measures at the discretion of the autonomous communities.

The high court has been rejecting these appeals in compliance with the doctrine of the TC itself, which considers that the royal decrees of state of alarm have the force of law and therefore they can only be appealed before the court of guarantees and by the competent authorities to do so.

The path chosen by the lawyer Curro Nicolau – who got the Supreme Court to admit reviewing some ministerial orders of the Ministry of Health, by failing to get him to accept causes against the state of alarm – now went through claiming effective judicial protection in this situation and, while deliberating on the merits of the matter, claimed that the measures protected in the Royal Decree they will be suspended.

Thus, after the TC’s rejection of his appeal, the Valencian lawyer has told Europa Press that he is considering going to the European Court of Human Rights to have this situation reviewed.

In the lawyer’s opinion, the general suspension of the fundamental rights and freedoms of millions of people “would be irreversible, the time lost in his life could never be recovered, because the absence of freedom is not recoverable.” On this he based the claim for the precautionary measure.

In his 68-page appeal and to which Europa Press also had access, Nicolau argued that the current restrictions that do not limit circulation to certain times and places, “but requires to be confined at night. completely nullifying the freedom of the people and infringing the Fundamental rights, being typical of a State of Exception and not of a state of alarm “.

He added that the intervention of the autonomies has generated “a new model not foreseen in the EC, becoming the Government of Spain in constituent power, while it has configured a new model to implement sub-states of alarm in each autonomous community, which are regulating and restricting the exercise of fundamental rights through mere administrative resolutions without administrative file“,” or that clearly distorts the reservation of the Organic Law referred to in article 81.1 of the Spanish Constitution (referring to the laws and regulations of autonomous communities) “.

All of this constitutes “a clear fraud of law, abuse of law and misuse of power. A clear legal uncertainty and a clear arbitrariness are generated for each zone of the national territory, “he said.

He also pointed out that the measures violate the rights of free movement and assembly, since they are prevented from visiting their relatives and friends and they are forced to be confined at night on such special dates as Christmas Eve, New Year’s Eve, Christmas Day and the day and King’s Night.

“It is clear that cultural traditions these days make there a greater number of trips and certain events are held with loved ones“, and therefore requested the TC” an immediate statement so that the fundamental rights of the appellant and millions of people in Spain are not affected as intended by the Government of Spain and the Governments of the Autonomous Communities. ”

For the complainant, it is clear that social distancing measures can be carried out by citizens in a responsible manner. “Although in recent months we have witnessed a model where the leaders have decided to impose restrictive measures appealing to the lack of responsibility of the citizens, who in their vast majority have had exemplary behavior,” he added.

Therefore, the appeal highlighted that “the measure cannot therefore be denied on the basis of blaming a irresponsibility towards citizens who are undoubtedly capable of self-imposed social distancing measures without the need to be subjected to the coercive measures imposed by political leaders and by the State Security Forces and Bodies “.

Finally, Nicolau recalled that the European Parliament recently in its Resolution dated November 13, 2020, has expressed its concern about the impact of COVID measures on fundamental rights such as freedom of movement, expression or religious freedom, and has urged Member States to “consider the possibility of abandoning the state of emergency or, if this is not possible, the option of limiting its impact on democracy, the rule of law and fundamental rights”.