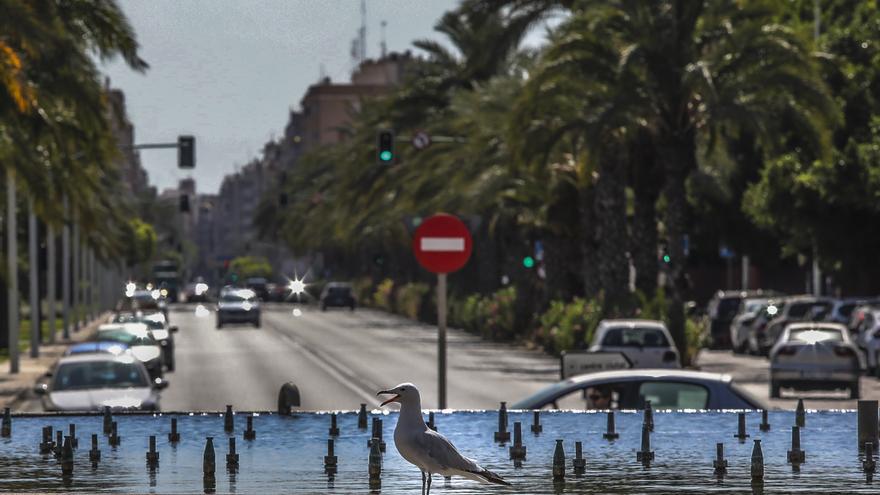 The Local Government Board has processed projects worth 3.3 million euros today. This has been announced by the spokesman for the Government Team, Héctor Díez, that it involves a total of ten projects, of which the award proposal for six has been carried out and in another four the tender has been initiated by the procedure of public tender.

Tender for works to improve accessibility at bus stops

Díez explained that the tender for the works to improve accessibility at the bus stops on Pedro Juan Perpiñán street has begun.

This street has a total of nine bus stops that serve lines G, I, K1 and K2.

“Specifically, it consists of carrying out an action similar to the one carried out on Avenida de la Libertad, Avenida Vicente Quiles and Avenida de la Universidad, providing these bus stops with an accessibility platform that allows , on the one hand, to facilitate users’ access to the bus and, on the other, to contribute to improving the stopping points of urban buses ”, explained the mayor.

The project is framed within the DUSI Strategy (endowed with 30 million euros financed by European funds and the City Council 50%) and has a tender budget of 340,000 euros and an execution period of five months.

This project is complementary to the one that is already in the tender for the creation of the bike lane in Pedro Juan Perpignan. “Throughout the year 2022 we will see a very important transformation of this avenue incorporating the bike lane and with these accessibility works at bus stops, actions that will give priority to sustainable public transport and to pacify traffic in this area. via”.

New project for the bike lane goes out to tender

Héctor Díez has announced that the Governing Board has agreed to tender a new bike lane project. “This is the project to build the bike path that will connect Juan Carlos I street with Elche University avenue at the height of the Ciudad Deportiva fountain. A bike lane that will run along Avenida de Alicante and in this case will mean being able to connect the downtown area (through the Juan Carlos I bike lane) with the bike lane on Avenida de la Universidad de Elche (in the surroundings of the Sports City), has pointed out the mayor who has added that the base budget for the tender is 471,700 euros and an execution period of four months.

Like the Pedro Juan Perpiñán bike lane, traffic lanes will not be eliminated on its route and practically no parking spaces will be eliminated.

“With this extension of the bike path along Alicante Avenue and connecting it with University Avenue, what we do is connect the bike path with the central framework of the urban area”, Díez pointed out.

The Governing Board has put out to public tender the project of works to stabilize the slope of the river and the Molí Real.

“As a result of the passage of time and erosion on the slope of the Vinalopó, it was very important to act in order to stabilize the area and the Molí Real in order to continue using it and guarantee its maintenance.”

It is a work that has a bid budget of 170,000 euros and an execution period of three months and that will serve to consolidate the slope of Vinalopó and the lower parts of Molí Real. “It will also make it possible to waterproof the Acequia Mayor del Pantano as it passes through the Molí and give it a homogeneous appearance with the rest of the actions that we are carrying out to generate new planters and masonry walls,” added the councilor.

Contract for the supply of material for Parks and Gardens

Another contract that comes out to tender is the one corresponding to the work material for the Parks and Gardens brigades. It comes out for an annual budget of 60,000 euros and an execution period of two years plus two of extension. “The objective is to provide the Parks and Gardens brigades and the palm growers with the necessary means for the proper maintenance of green areas,” Díez pointed out.

Regarding the awards, the Governing Board has proceeded to propose a winner for the purchase of twelve new vehicles for the Local Police.

“This is an important contract with which we intend to continue modernizing the fleet of vehicles of the Local Police, betting on modern vehicles that are more respectful with the environment and that allow the Local Police to improve their means to be able to carry out the important task of ensuring for public safety ”, said the spokesman who clarified that it is a lot with eleven hybrid SUV vehicles worth 447,000 euros and a second lot of a van worth 65,000 euros.

The City Council’s telecommunications service offers have also been classified.

Decisive step towards the new sports hall in Carrús

Within the DUSI Strategy, the Governing Board has proposed the award for the drafting of the construction project for the new sports palace that will be located in the Old Cemetery area, next to the L’Aljub shopping center.

The drafting of the project and the direction of the work of the same has been awarded for 394,300 euros and the execution period is 36 months.

Awarded the work for the remodeling of the Garden of Andalusia

The remodeling work of the Andalusian Garden in the El Toscar neighborhood has also been awarded.

The award of the work is proposed for a value of 188,000 euros and an execution period of 3 months.

This is an action financed by the Generalitat Valenciana and the works will consist of the renovation of the main element of the square, which is a pergola of almost 500 square meters; the renovation of the central court, of about 1,300 square meters, with the placement of pavement of various colors; the replacement of children’s games including adapted and inclusive games and the placement of protective flooring in this area, and finally, work will be done on the petanque courts with a new fence.

The contract to supply and equip licenses for the Wi-Fi network of the Elche City Council that serves public spaces has also been awarded. It is awarded for 575,000 euros and a term of 45 months. It is financed by the EDUSI fund.

Finally, the maintenance service and alarm systems in public schools and municipal buildings have been awarded, for 50,000 euros and a term of two years plus two extendable.